Timeless Shoes Every Man Should Own

At Cheaney, we know all there is to know about footwear. We’ve been creating our handcrafted leather shoes in our Northampton factory for generations, taking the most classic of shoe designs and refining them during our shoemaking process, resulting in the finest quality footwear for the modern gentleman.

From dress shoes to casual boots, we’ve created a guide to how to identify and wear the classic types of shoes for men, featuring all the timeless shoes every man should own. 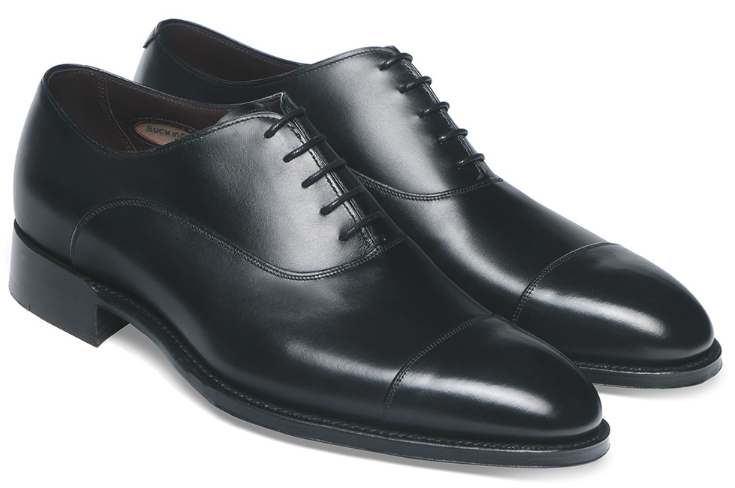 When it comes to timeless shoes every man should own, a classic pair of Oxfords is top of the list. One of the most popular types of shoes for men, Oxfords are a versatile staple, commonly worn as a dress shoe for formal occasions and business attire. Oxfords have a long history, named after their popularity with Oxford University students in the 1800’s who wanted a stylish alternative to the high or mid-calf boots of the time.

The epitome of elegance, classic Oxfords are characterised by their smooth uppers, low heels and closed lacing that allows for a streamlined silhouette and sleek profile, making them ideal for suits. There are, however, several variations of Oxfords, including Oxford Brogues, Balmoral and Wingtip styles that each have differing levels of formality. 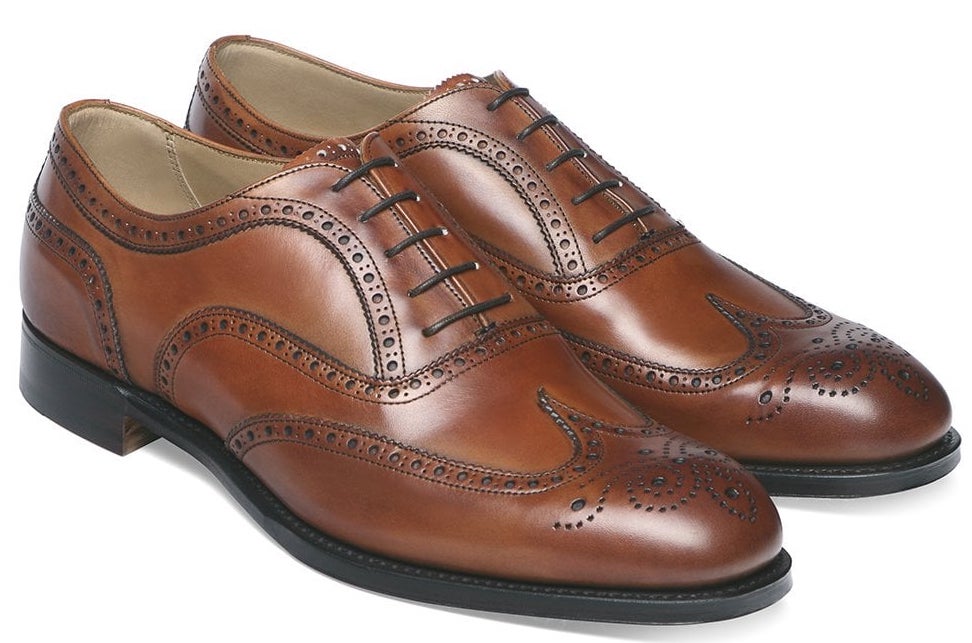 Another classic when it comes to types of shoes for men, Brogues are essential in a modern gentleman’s footwear collection. Originally made for use in the countryside and wet landscapes, Brogues are characterised by the small, perforated hole detailing on their uppers designed let water drain from the shoe. Initially a functional feature, these holes now serve as stylish ornamentation on these timeless shoes.

While Oxfords are largely considered the most formal of dress shoes for black-tie events, Brogues are also a smart choice for many formal occasions and a popular option for office attire. As Brogues are defined by their decorative holes and not their shape, they can be found in several forms, including Oxford Brogues, Derby Brogues and stylish Wingcap Brogues. 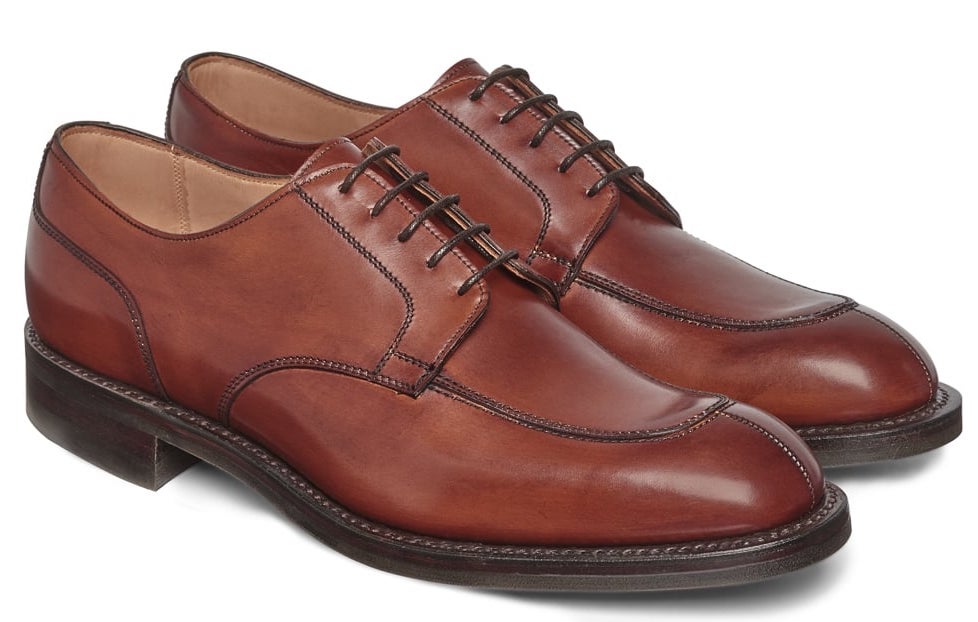 If you’re looking for smart shoes with a slightly less formal aesthetic, Derbys – also known as Gibsons – are an excellent choice. Derbys are on our list of shoes every man should own due to their incredible versatility and effortless style. Considered the more casual of dress shoes, Derbys can be worn to a wide range of occasions; whether that’s with a suit or a pair of jeans.

While somewhat similar in appearance to Oxfords, Derbys are characterised by their open lacing system and the spacing between their eyelets. This not only gives them a less formal appearance but also a looser fit, making them ideal for those seeking wider types of shoes for men. 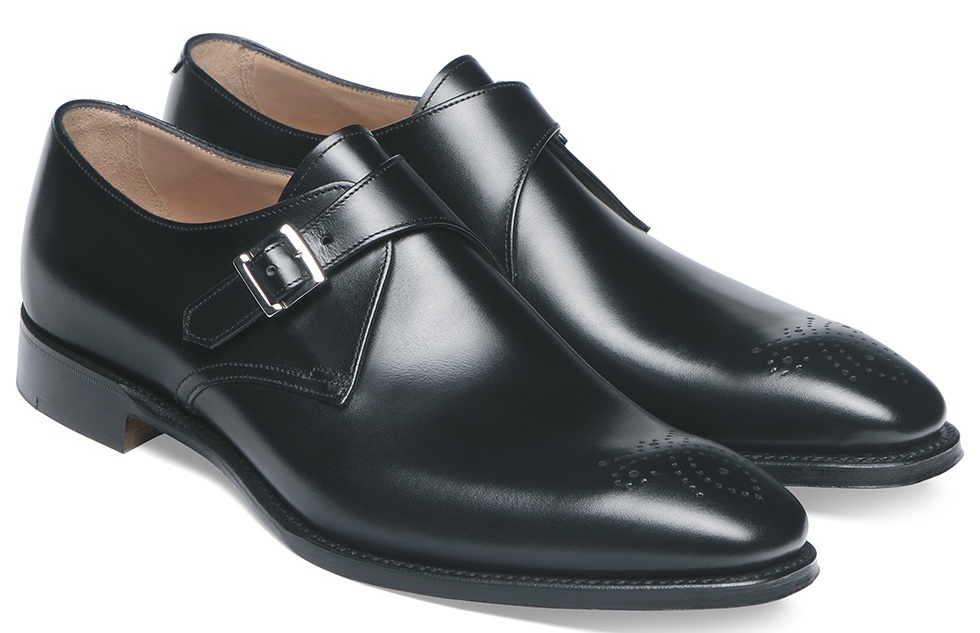 Monk shoes – also known as Monk Strap shoes – are unconventionally designed when it comes to formal shoes. In place of traditional laces, Monk shoes are characterised by their strap and either single or double side buckle fastening. It’s this feature that gives them their name, due to their resemblance to the buckled shoes traditionally worn by Monks.

Now considered a stylish alternative to the lace-up design of other timeless shoes, Monk shoes offer an elegant and minimalistic appearance appropriate for a range of occasions. In terms of formality, Monk shoes are considered to fall between Derbys and Oxfords; smart enough for formal events while contemporary and versatile enough for casual wear. 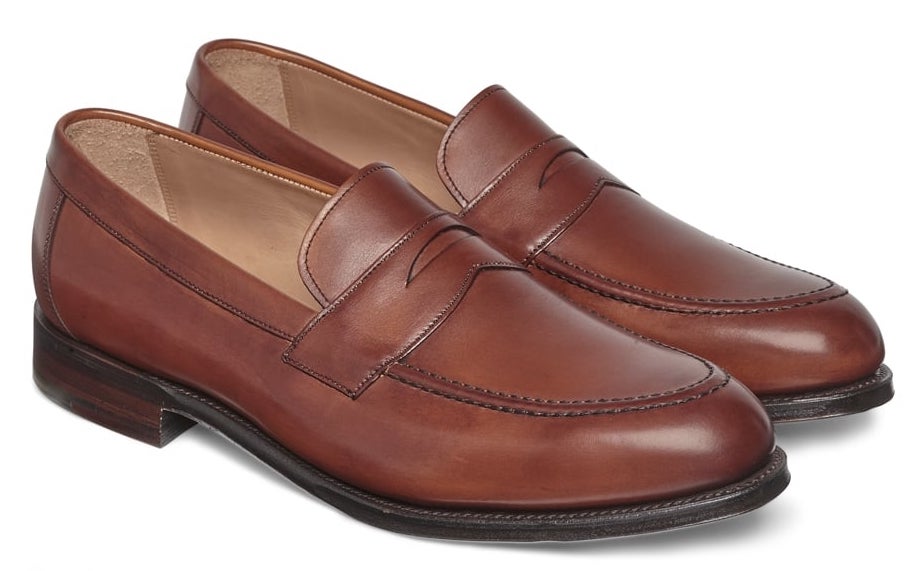 Originally designed as a house slipper for King George VI and made popular in America in the early 20th century, Loafers are another classic style every man should own in their wardrobe. Characterised by their slip-on, laceless design, Loafers are similar in design to early Moccasins and typically come in suede or leather.

Due to their effortless, easy-to-wear design and comfort, Loafers have become a staple in men’s fashion today. While generally considered a casual shoe ideal for casual wear, polished leather Loafers can make a stylish alternative to traditional lace-up dress shoes when paired with a suit for formal occasions. 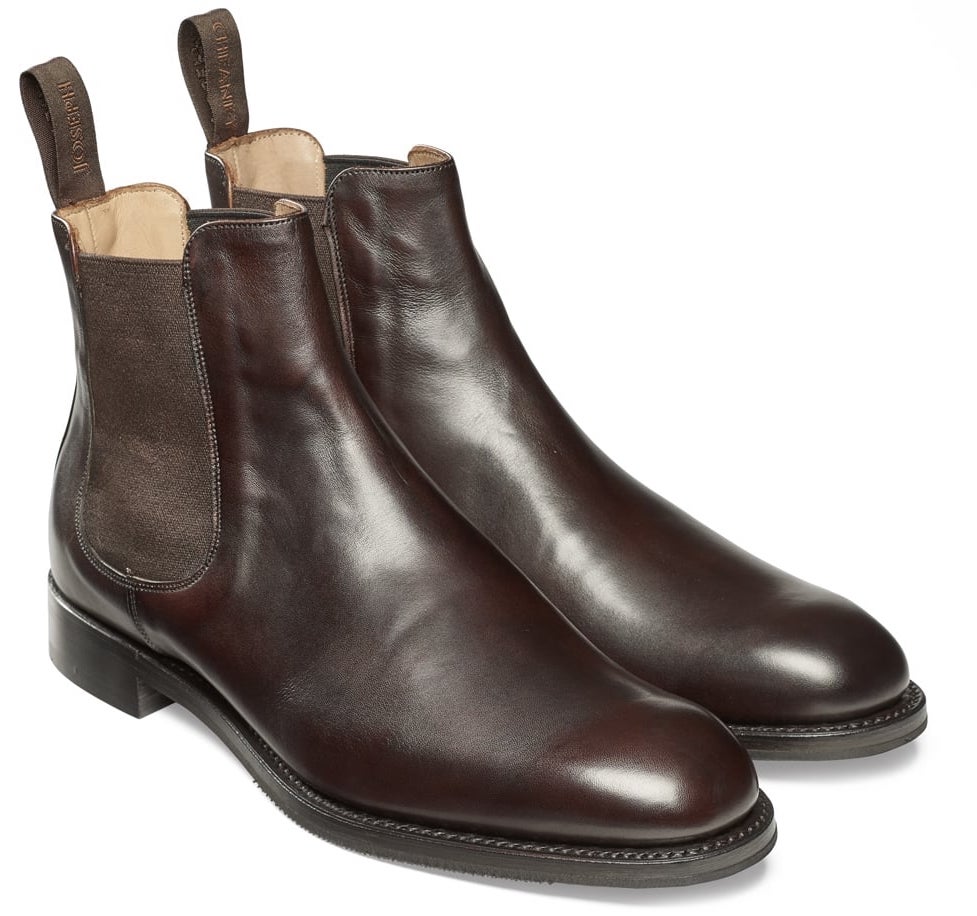 In addition to smart dress shoes and everyday options, every man needs several pairs of boots in his shoe collection. With their sleek appearance and streamlined silhouette, Chelsea boots are an extremely versatile and timeless classic. Characterised by their pull-on design, elasticated sides and rounded toe, these boots were first designed for Queen Victoria in the 1800s as a suitable choice for both county walking and horse riding.

After a resurgence of popularity during the 1960s when the style was favoured by the Beatles and mod fashion, Chelsea boots have become a staple in modern fashion. Their easy, pull-on style, slim fit and stylish appearance make them ever-popular today, ideal for pairing with jeans and casual wear year round. 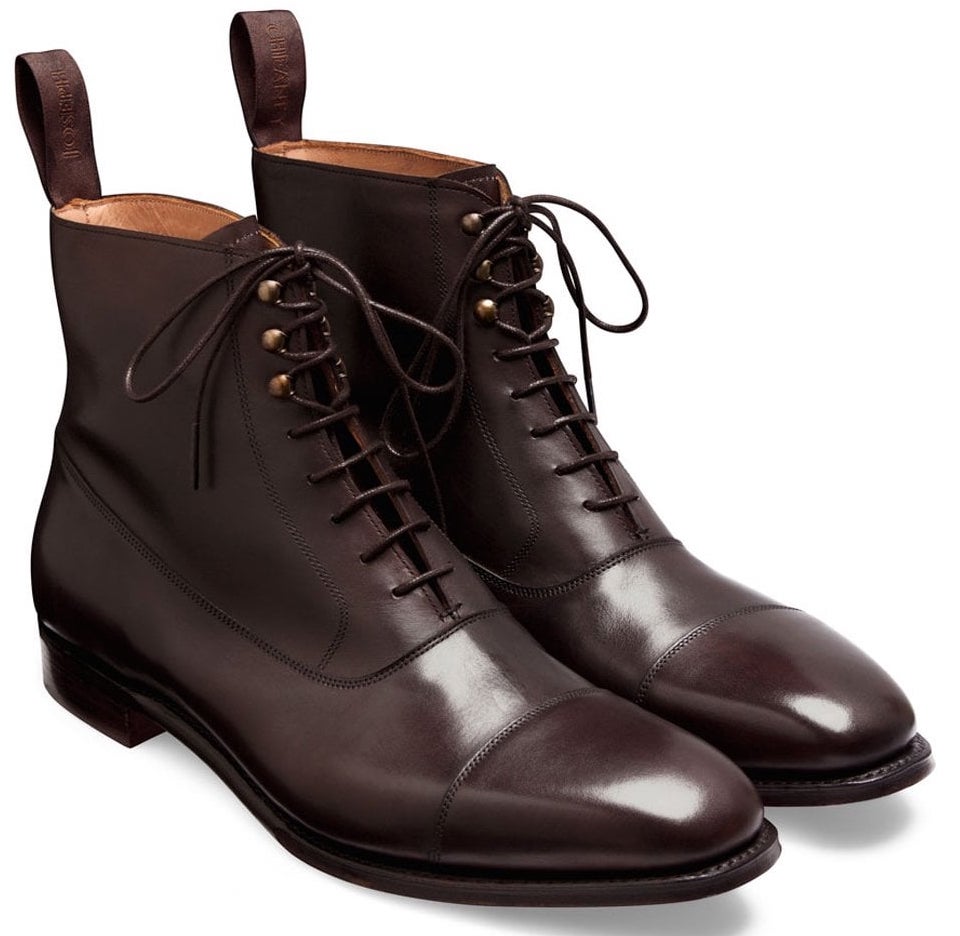 Another classic style of boot is the Balmoral – the Oxford shoe of boots. With their closed-lace system, low heels and rounded toe, Balmoral boots are very similar to the most formal of timeless shoes but sit just above the ankle with six to nine eyelets.

These classic boots are also steeped in British royal history, designed as a suitable waterproof walking boot for Prince Albert during stays at the royal Balmoral estate. The style quickly gained popularity with Queen Victoria and the gentry, leading it to become an everyday favourite. Today Balmoral boots are a smart, sophisticated gentleman’s boot, ideal for town or country walking. 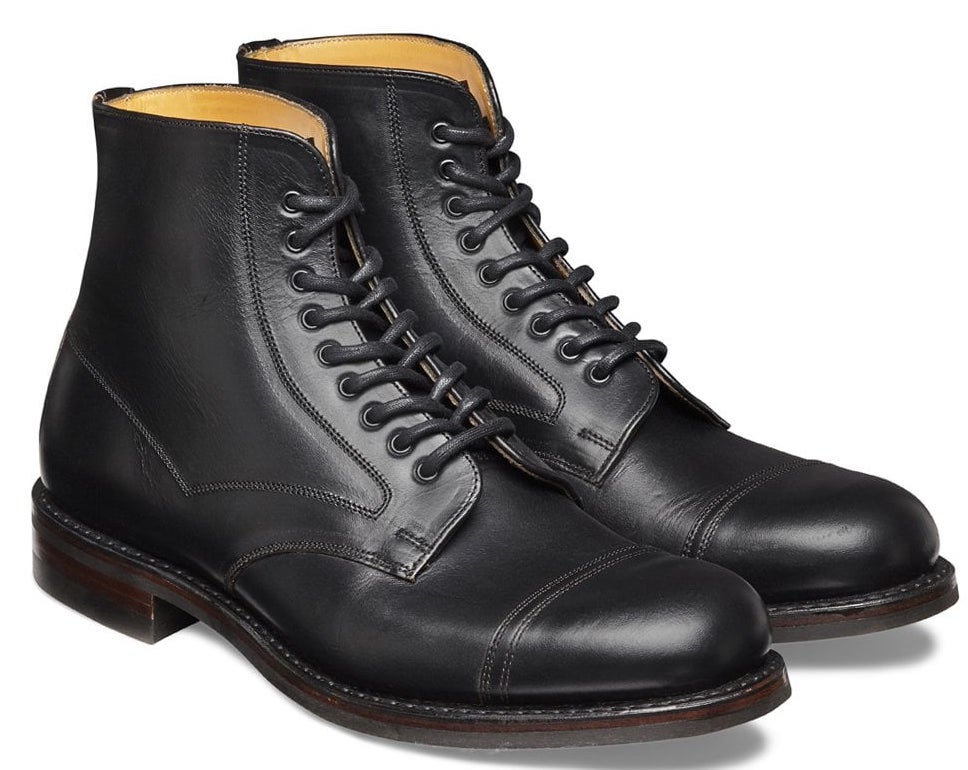 In terms of style, Derby boots can be found in several variations, from utilitarian, workboot designs to those with a sleeker aesthetic. In leather or suede, the versatility of these boots makes them an effortless staple and ideal for pairing with jeans for a classic look, particularly in winter months.

Whichever style of footwear you’re looking to add to your collection, you can find an extensive range to choose from at Cheaney Shoes. Explore our full range of handcrafted leather and suede footwear today to find all the classic boots and timeless shoes every man should own.

Filed Under: Guides & Information
What is an Oxford?
What Does Dressing Smart/Casual Actually Mean?