What is a Brogue? 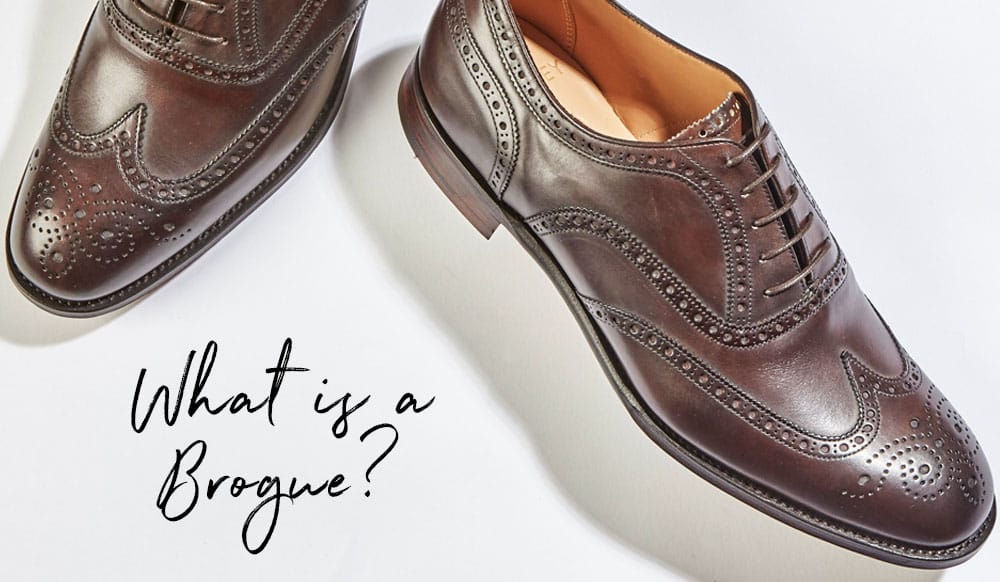 Anyone who has watched either of the Kingsman movies will be familiar with the phrase ‘oxfords, not brogues’. Well, Colin, I’m sorry to say that your statement is a little misleading – oxfords can be brogues, and many brogues are oxfords.

The most important thing to remember here is that the term ‘oxford’ refers only to the method of lacing, not the design of the shoe. Oxford lacing, found on our Alfred, Arthur and Wilfred models among many others, is where the facings (the section of leather through which the laces are threaded) are stitched underneath the vamp (area above your toes) of the shoe. It’s sleek, sophisticated and the most formal. 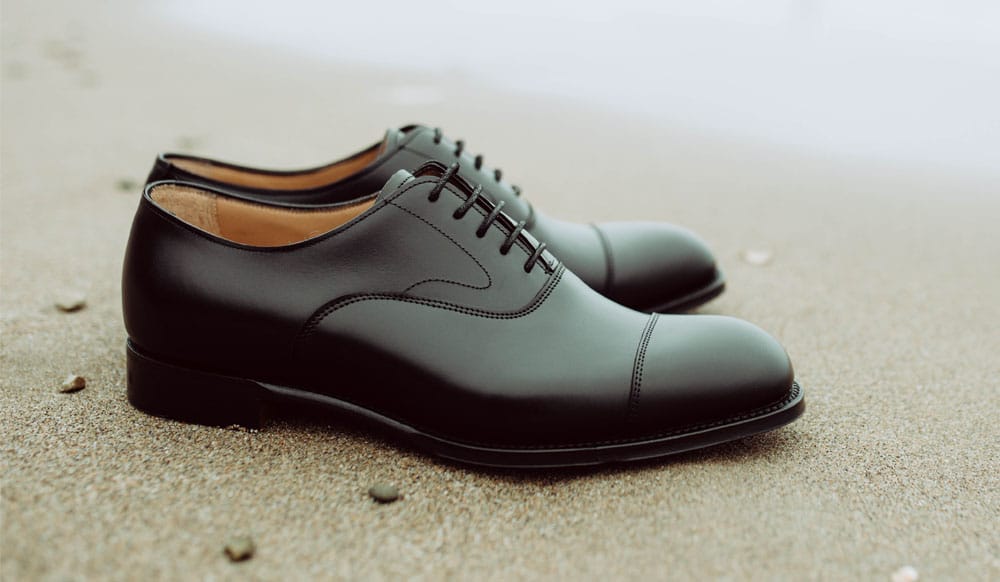 Conversely, Derby lacing (or ‘bluchers’ for my pals in the states) has the facings on top, creating a bit more room across the instep. It’s less formal, but it’s good for those with high insteps, people using orthotics, or casual footwear. Have a gander at Chiswick, Deal and Jackie for examples of Derby lacing. 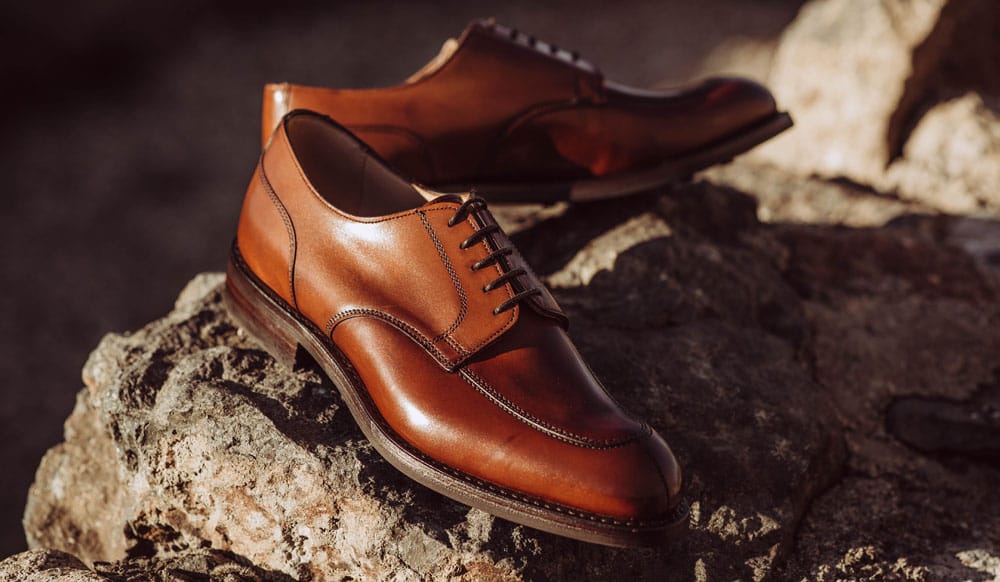 So what in the name of Charles Goodyear is a brogue? Essentially, anything with decorative perforations (otherwise known as ‘punching’) can be considered a brogue and they are one of the most iconic shoe designs out there. These come in different variations depending on how much of the shoe has the brogue detail on it, but the most popular are:

Wingtip brogue/full brogue: all the stitched parts of leather have brogueing and the sections above the toecap sweep back to the sides of the shoes, like wings. This is often accompanied by a medallion on the toecap; a punched motif which differs in design and size depending on the shoe. Think of it as a manufacturer’s signature, but be warned: a medallion on the toecap alone does not a brogue make.

Semi brogue: basically, a full brogue without the wingtip. Instead, the brogueing follows the design of a toecap. Islington is a nice example, if you fancy.

Quarter brogue: the brogue pattern is only found across the toecap. Not quite as common, because…well, you may as well go big or go home.

Longwing brogue: take a wingtip, and instead of sweeping the line to the side, carry it all the way to the back. We have our friends in North America to thank for this one. 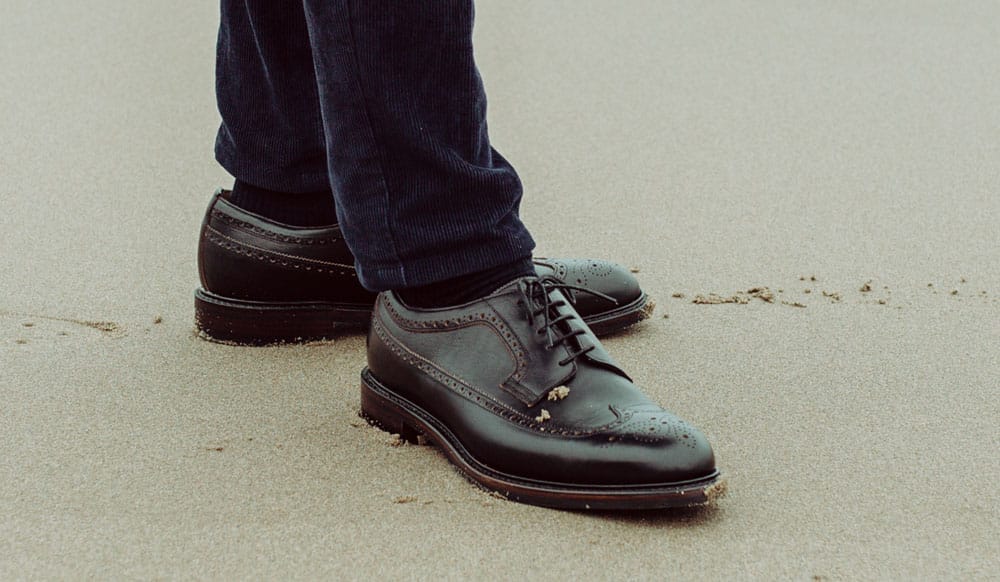 Brogues can be traced back in their rawest form to 18th century Britain, where the brogueing detail served no ornamental purpose at all. The perforations went all the way through the shoe and their functionality was to let water drain out when traversing boggy terrain, allowing the wearer’s feet to dry out more quickly. Considered a country shoe in the 1920’s, it wasn’t until the 1980’s that brogues transcended to become a coveted gentleman’s city shoe and a staple footwear piece in their own right.

So, now that’s all cleared up, you can play a fun game where you go through our website and describe each shoe in proper terms. Arthur? Oxford wingtip brogue. Islington? Oxford semi brogue. Oliver? Derby longwing brogue. Include your friends and family, and rejoice in the fun learning that you’ll all be doing.

Filed Under: Ask Alex, Guides & Information
What is a ‘Gentlemans Corner’?
What Is A Derby?