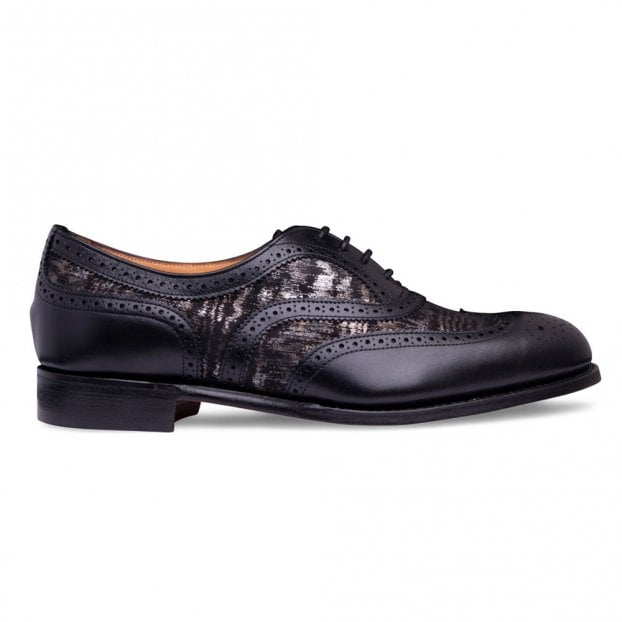 Loading...
Fitting Guide 93% of customers say this fits as expected

93% of customers say this fits as expected

New for this season is Milly our Two Tone Women's Brogue. Also known as a Spectator Shoe the Milly Oxford Brogue in Black Calf Leather and Black Cold Suede is a good option when it comes to composing a daytime casual look.  Inspired by classic Spectators but redefined and adapted to cater for current trends. A unique style with great versatility that brings a very exclusive and sophisticated touch to a classic style

Sadly, I had to return these. The length for sizing was excellent, but these were too roomy around the ankle, particularly on the right hide side and they were ultimately too light. For me, the Derby Brogue is the best. It just has the weight to give you confidence to tackle anything.