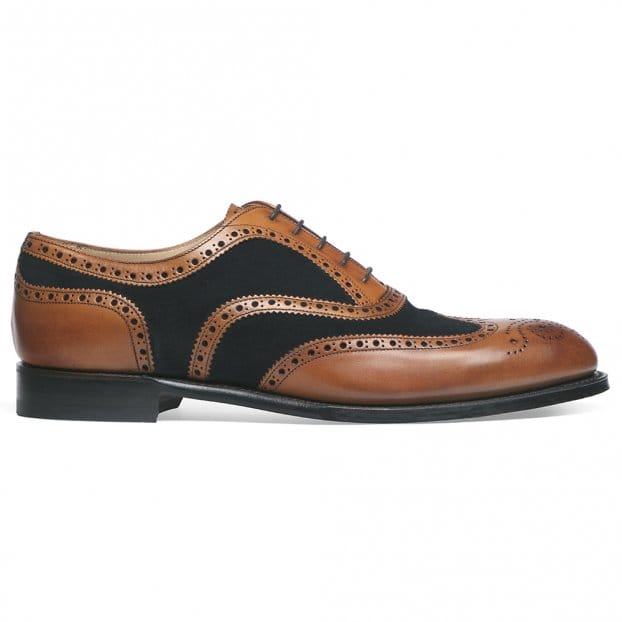 98% of customers say this fits as expected

The Edwin Two tone Oxford brogue is one of our most popular, decorative brogues at Cheaney. Striking in design and featuring the typical contrasting characteristics of a classic spectator shoe, Edwin is sure to make a statement, complementing any gentleman's wardrobe. Available in a refined selection of colour options and constructed on the 125th Anniversary last, one of our longest standing Cheaney last shapes.

If you are not satisfied with your purchase for any reason, even if you simply change your mind, you can return item to us for a refund or exchange.

Showing 2 of our total 6 reviews, with an average rating of 5 stars. Read all 6 reviews for Cheaney Edwin Two Tone Oxford Brogue in Chestnut Calf/Navy Suede.
Write a review ›
Review Summary - 5 out of 5 based on 6 ratings.
April 8, 2021 | Derek Watts
Excellent shoes and service.

I have been wearing Cheaney brogues for over 20 years. The shoes are always extremely well made and these are particularly stylish.
Prompt delivery.

Now have two pairs of Cheaney shoes and will continue to buy more. Whilst excellent in style, design and build, they are the most comfortable shoes I’ve ever worn. Looking forward to the winter months when I’ll treat myself to a pair of boots.