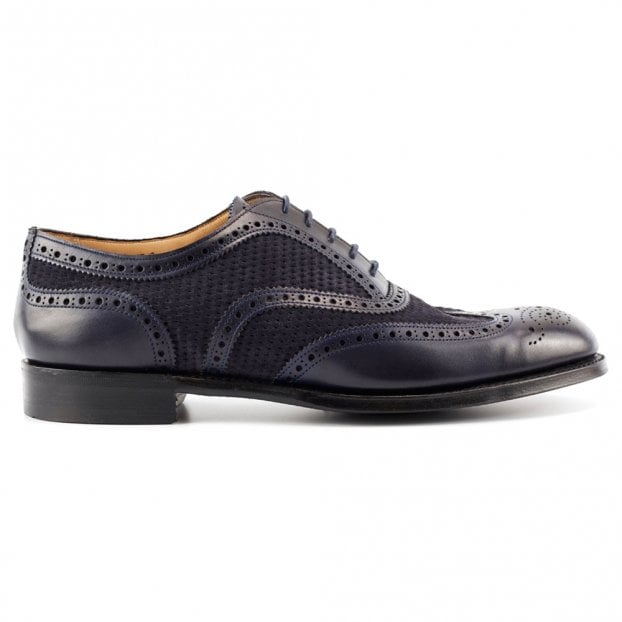 Loading...
Fitting Guide 100% of customers say this fits as expected

The Edwin Two tone Oxford brogue is one of our most popular, decorative brogues at Cheaney. Striking in design and featuring the typical contrasting characteristics of a classic spectator shoe, Edwin is sure to make a statement, complementing any gentleman's wardrobe. Available in a refined selection of colour options and constructed on the 125th Anniversary last, one of our longest standing Cheaney last shapes.