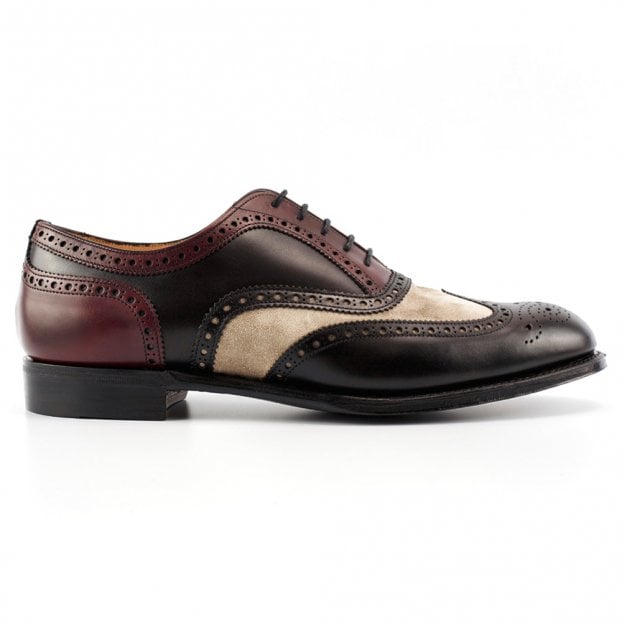 The Edwin Oxford brogue is one of our most popular, decorative brogues at Cheaney. Striking in design and featuring the typical contrasting characteristics of a classic spectator shoe, Edwin is sure to make a statement, complementing any gentleman's wardrobe. Available in a refined selection of colour options and constructed on the 125th Anniversary last, one of our longest standing Cheaney last shapes.

Showing 2 of our total 3 reviews, with an average rating of 5 stars. Read all 3 reviews for Cheaney Edwin II EF Oxford Brogue in Black Calf/Burgundy Calf/Mink Suede.
Write a review ›
Review Summary - 5 out of 5 based on 3 ratings.
July 9, 2021 | David Hillier
Beautifully made shoes.

Once again, beautifully made shoes that fit like a glove. British craftsmanship at its finest. Fully recommend all Chaney shoes.
The refurbishment service is also entirely outstanding.

If you want to look classy, these are the shoes for you!