The Cheaney Factory: The Making Room 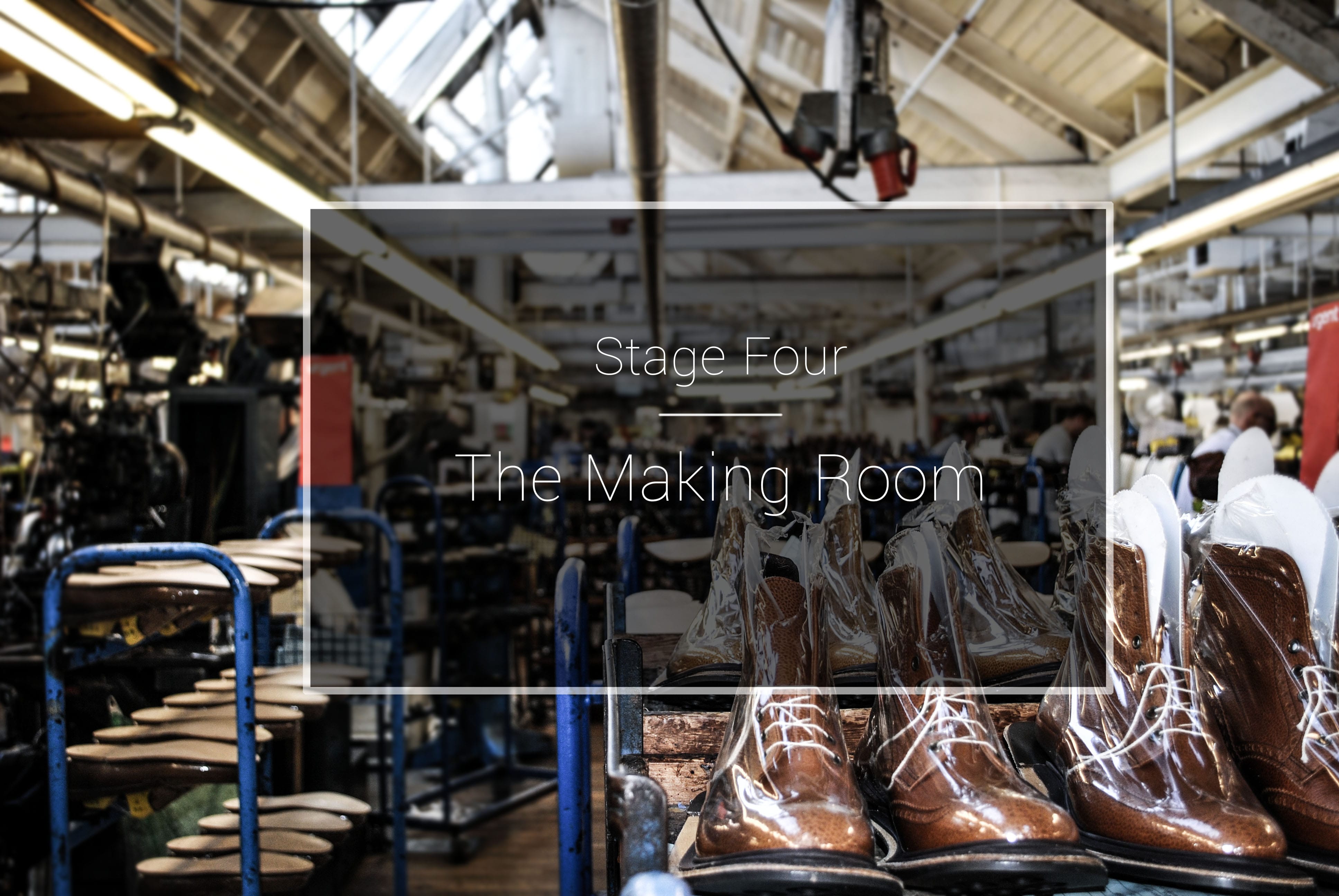 Similar to the Closing Room, the basement level of the factory is a hive of activity with talented craftsmen each performing a highly skilled duty, resulting in shoes that are ready to have the finishing details completed in the Shoe Room. This is the room where our shoes really come to life as they begin to take on a more recognizable appearance. 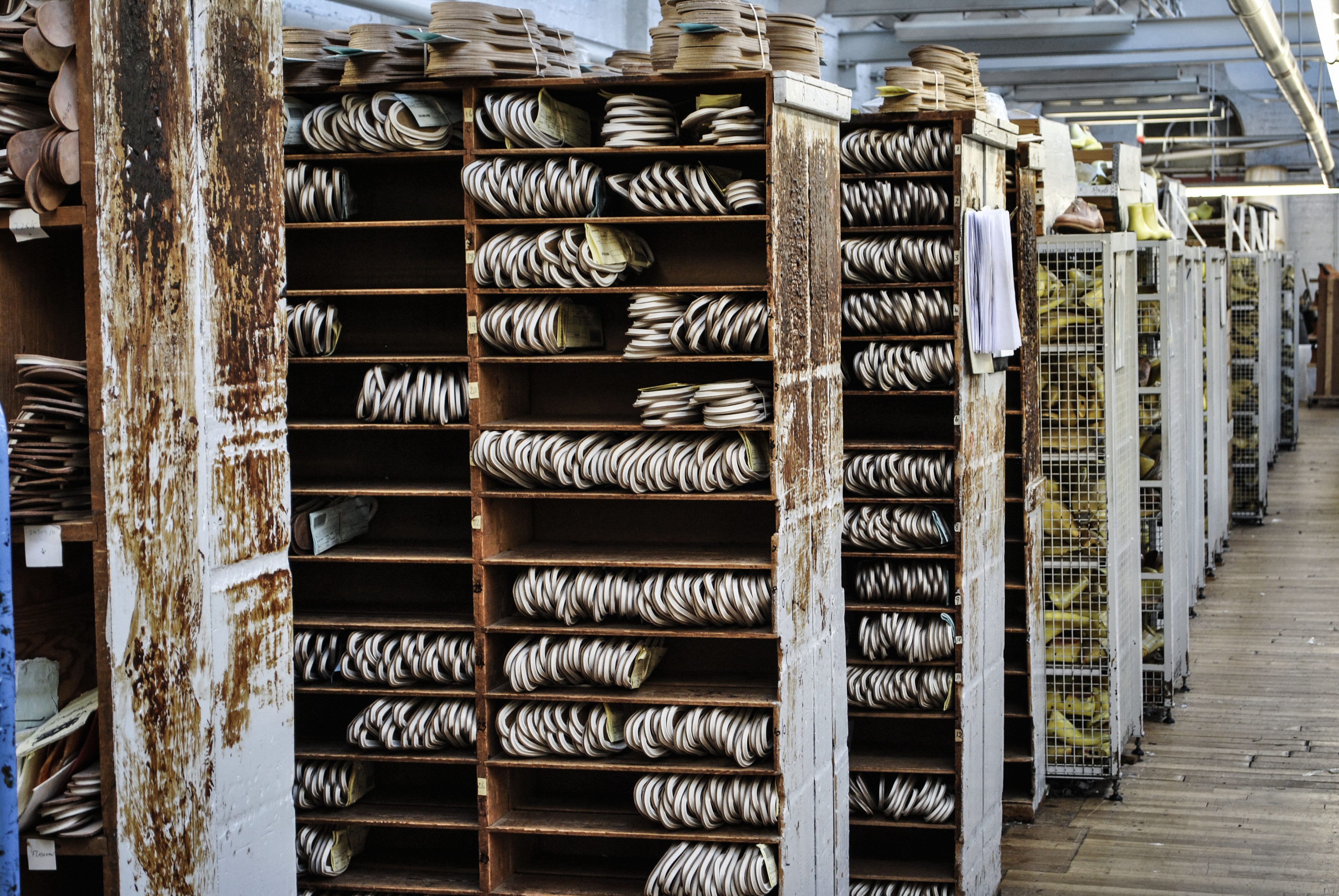 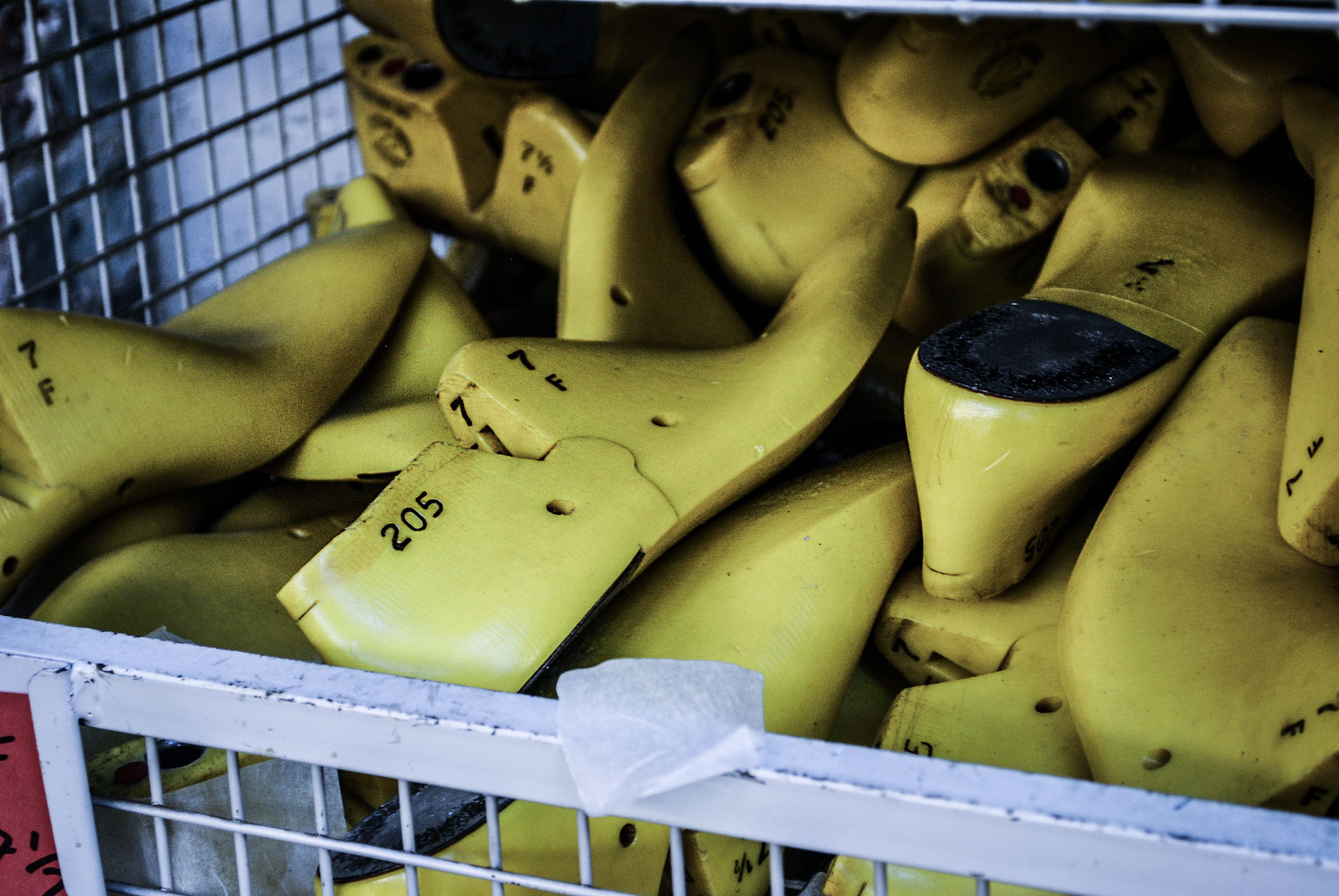 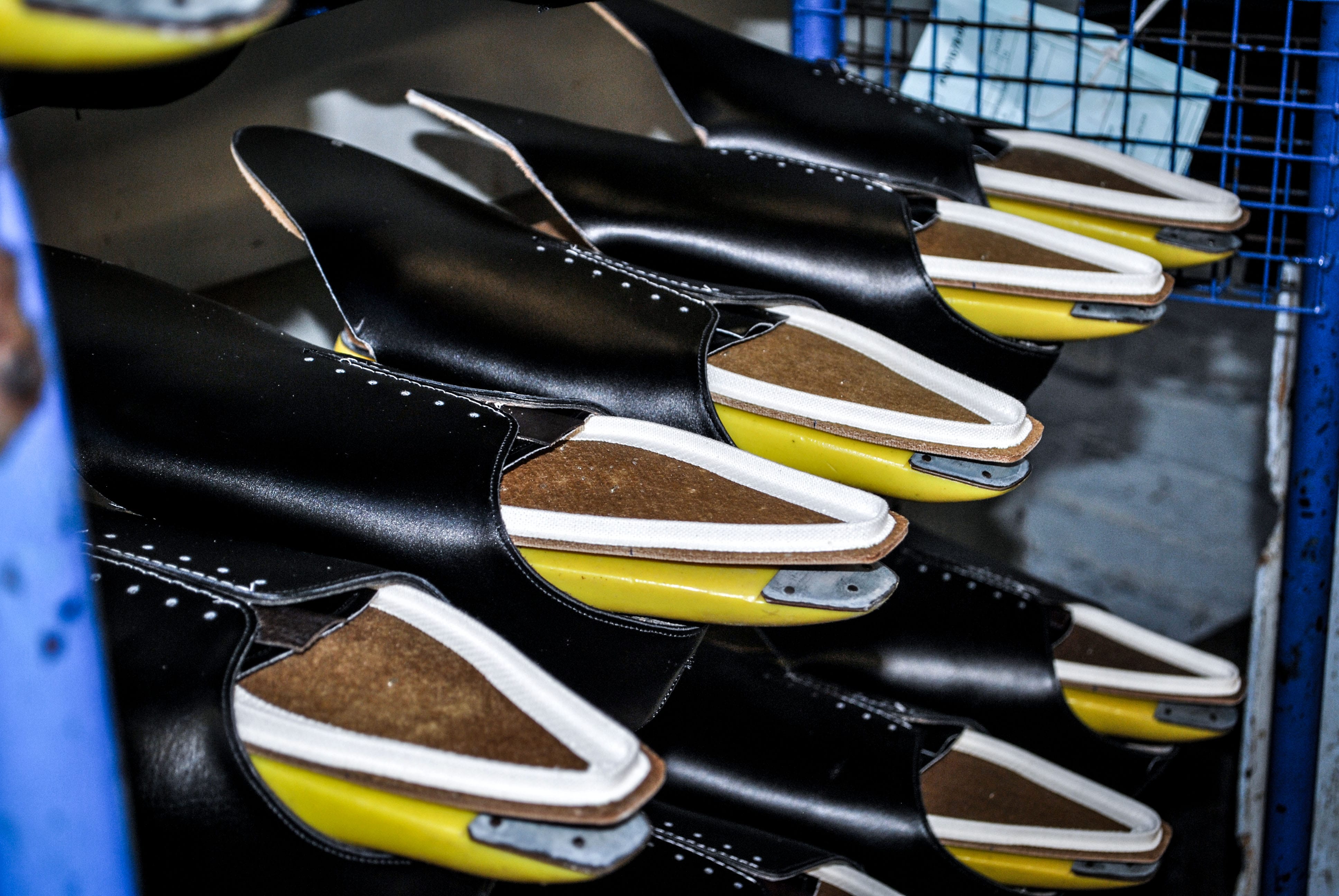 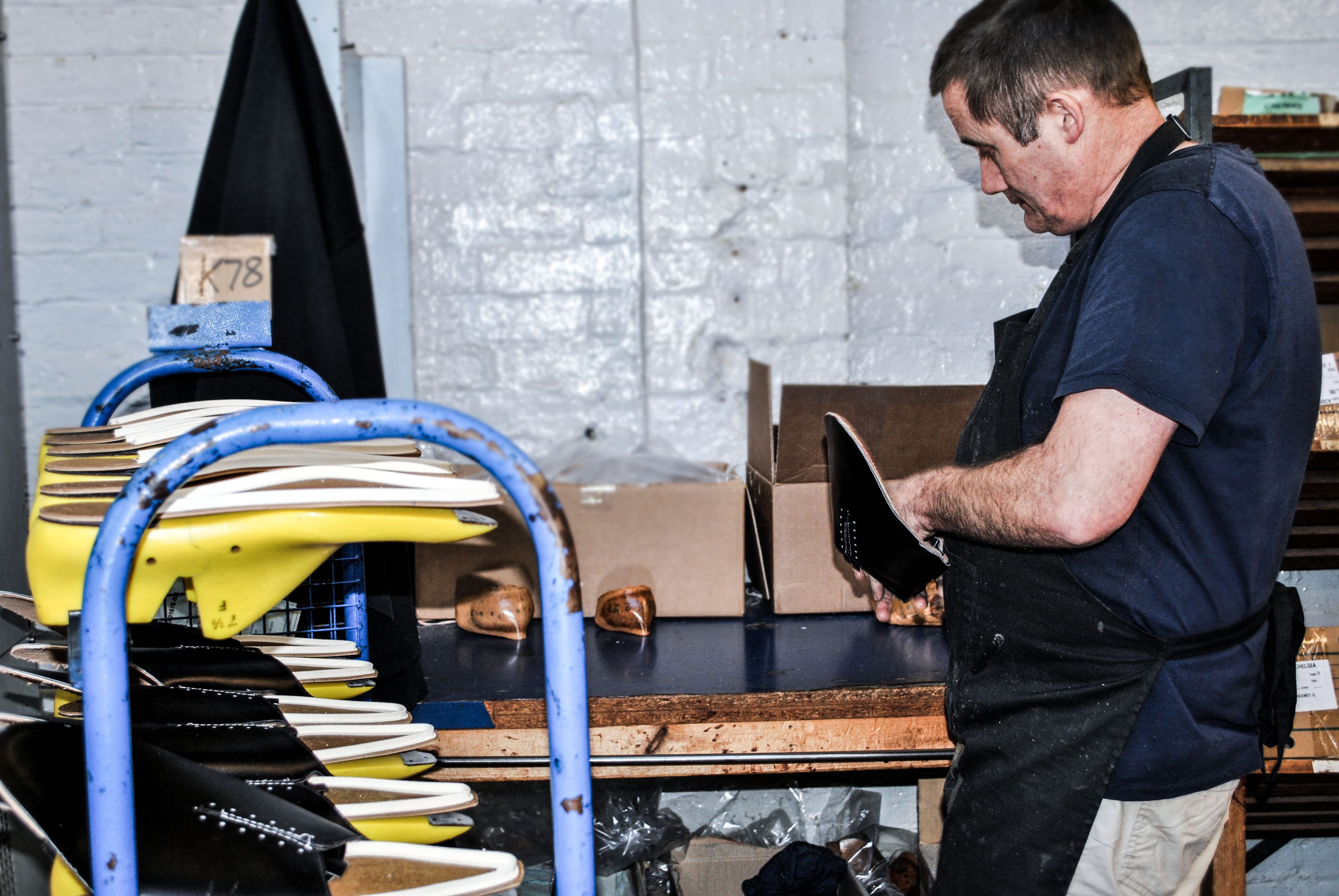 Mark (5 years with Cheaney) placing stiffners in the uppers.

All of our uppers and tickets from the Closing room start their journey at the beginning of the assembly line. Where necessary, the Muller Room softens the leather, adding a small amount of moisture to ensure it is supple and pliable for subsequent processes. When the shoes arrive at the carousel, they are further conditioned with a small amount of misted heat before being carefully pulled, stretched and formed around the last. The leather is then secured to the bottom of the insole and the shape is retained when the last is removed later in production. The last is a hard, three dimensional form on which the shoe is constructed and it is made of nylon fibreglass composition. There is a last for every shape, size and width which Cheaney produce and the whole form, proportion and fit character of our shoes starts with the last. The upper trimming then removes the excess from the upper and the shoes are wrapped in shrink wrap to preserve the material. 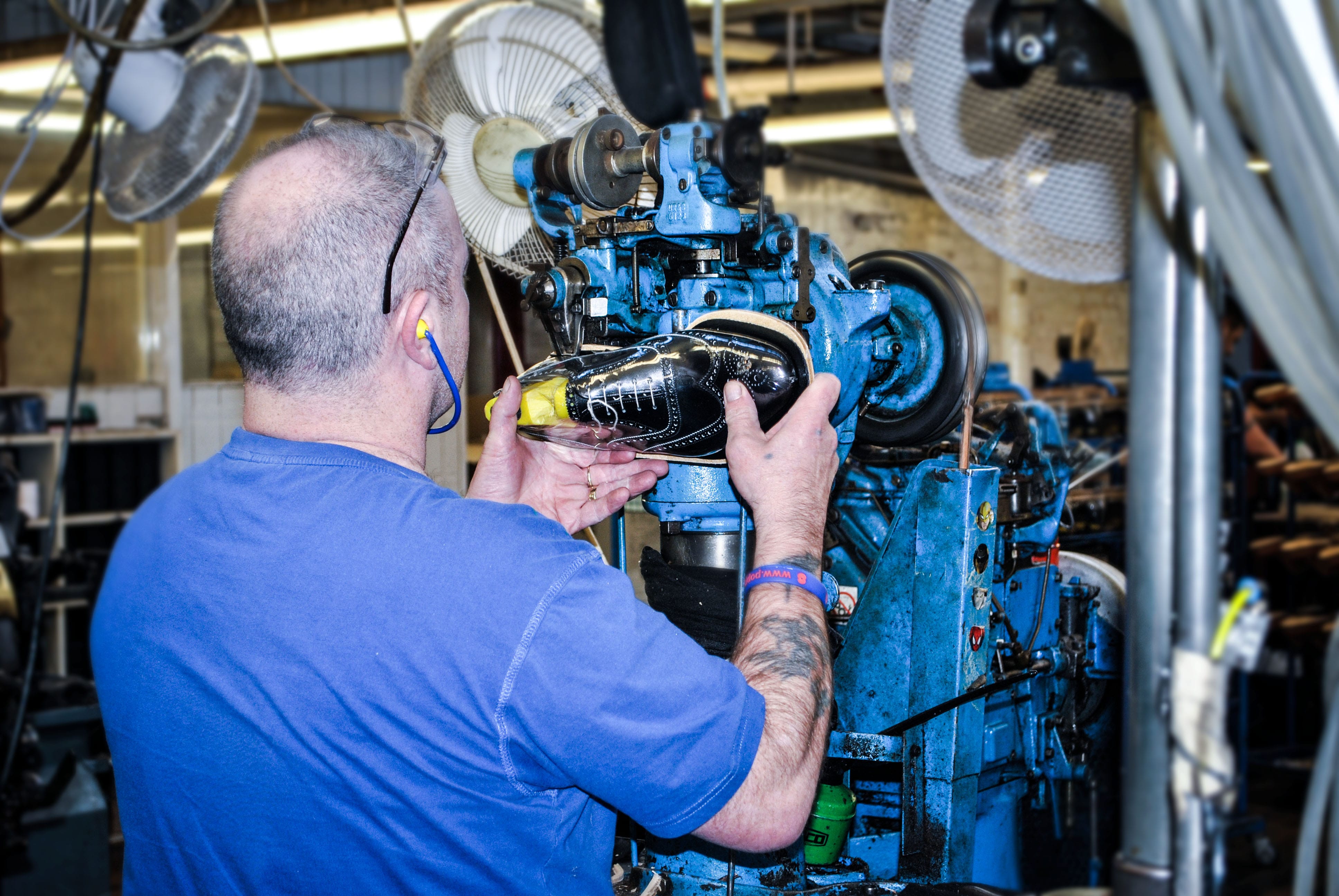 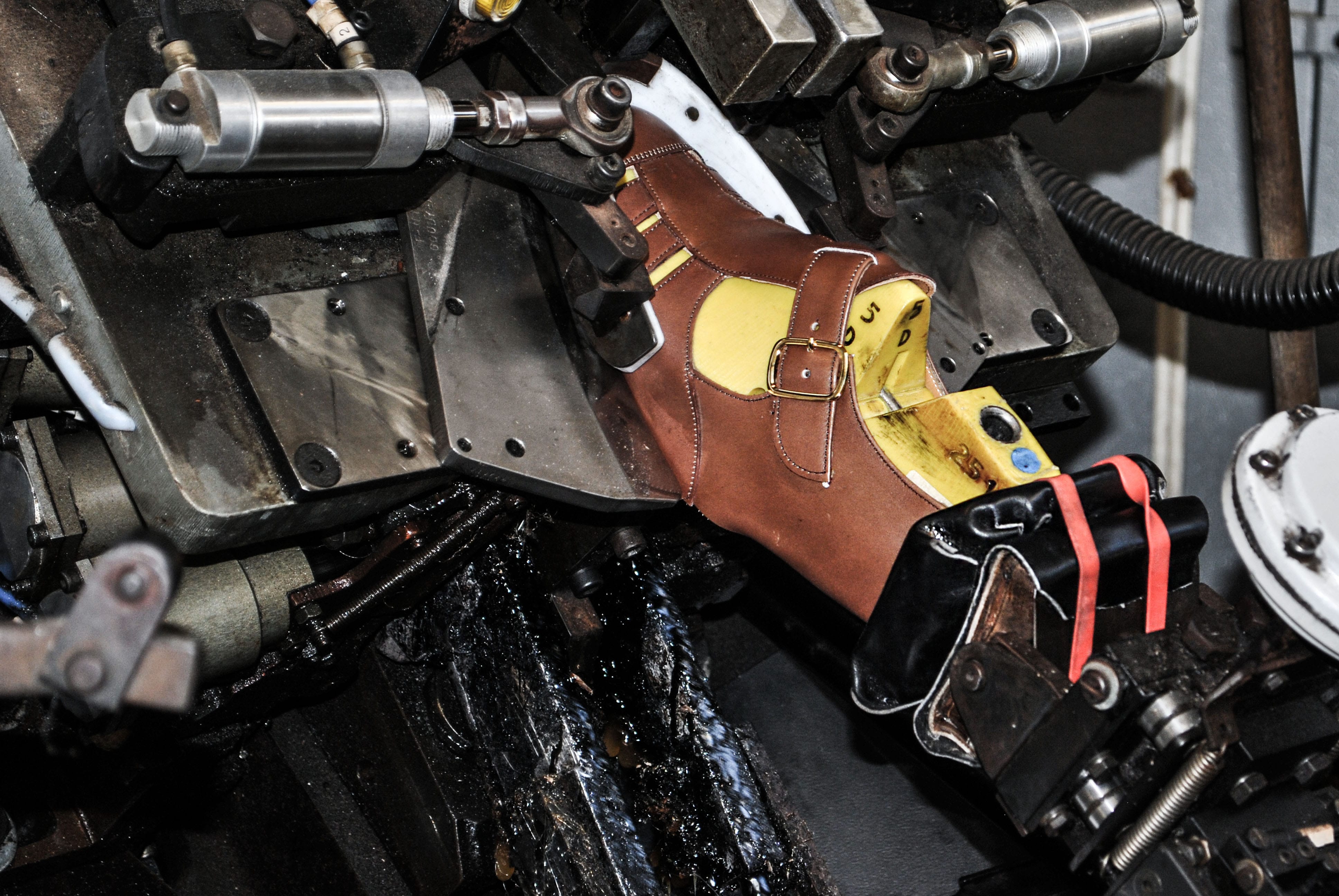 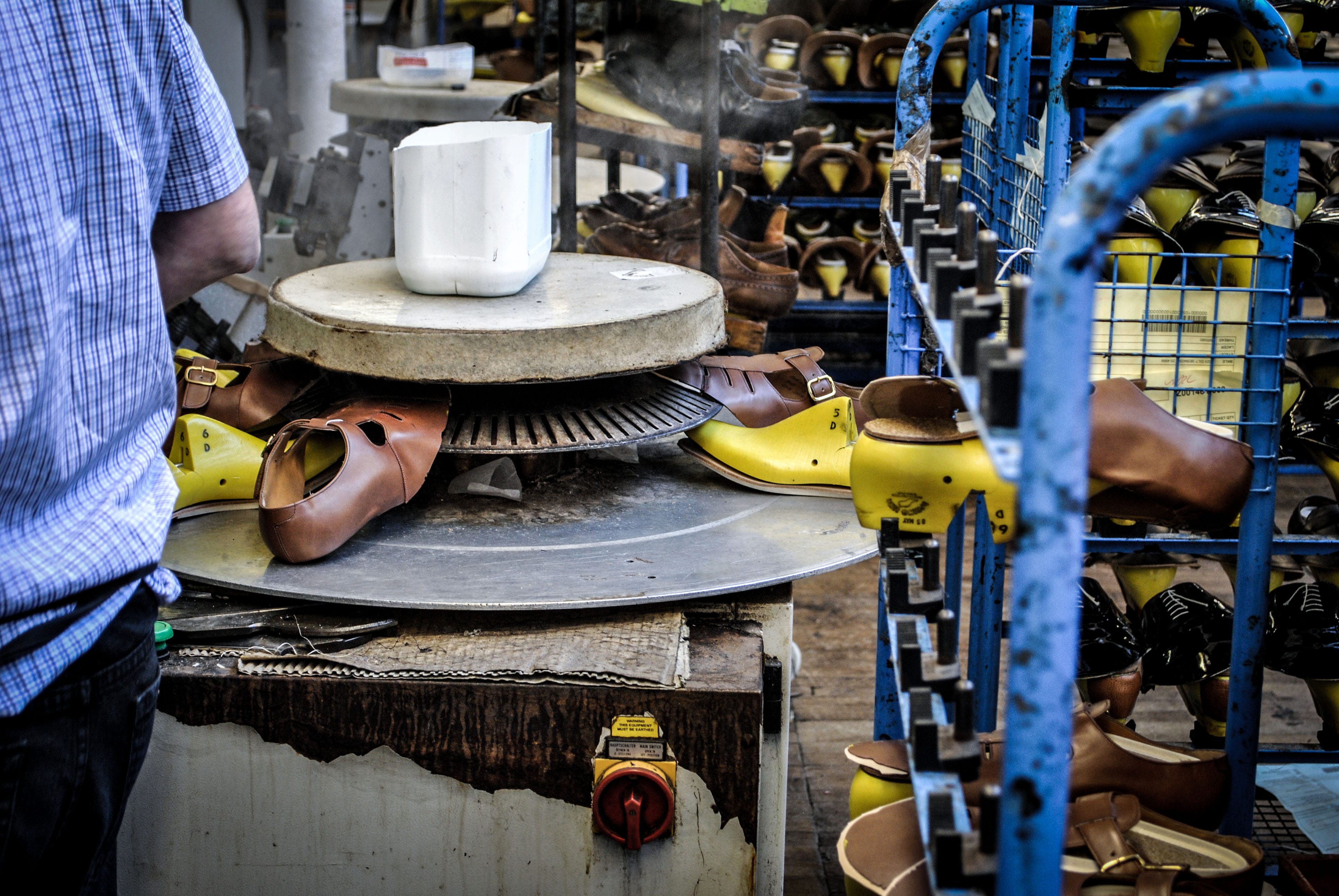 Next, the grooves are sewn and lock the stitch in place. If the grooves are not stitched accurately, the sole of the shoe will become perforated, compromising the integrity of the shoe. The staples are taken out of the last and a shank, which provides arch support to the wearer, is placed in the hot melt.

The Making room is also the central hub for our Goodyear welting process but what does this actually mean? Firstly, Goodyear welted shoes retain their shape and wear longer than other shoes and due to the application of the welt, the soles and heels can be replaced by the Cheaney Refurbishment Team, giving added longevity to the shoes. The welt around the shoe creates a stable platform on which to stand and gives proper support to the wearer. In addition, the welt essentially brings the shoe together, is about 12mm wide and fits around the edge of the sole. Once the upper is lasted, the welt is sewn through the upper and into the rib and these two components create a cavity, leaving room for the cork and the shank. The shank provides arch support to the wearer and the cork is then added to the bottom of the shoe, which will eventually mould gently to the wearers foot over time, providing a custom fit once the shoes have been broken in. Then the welt gets stitched again, this time sewing the outsole to the welt and this process is what makes the shoe repairable later. 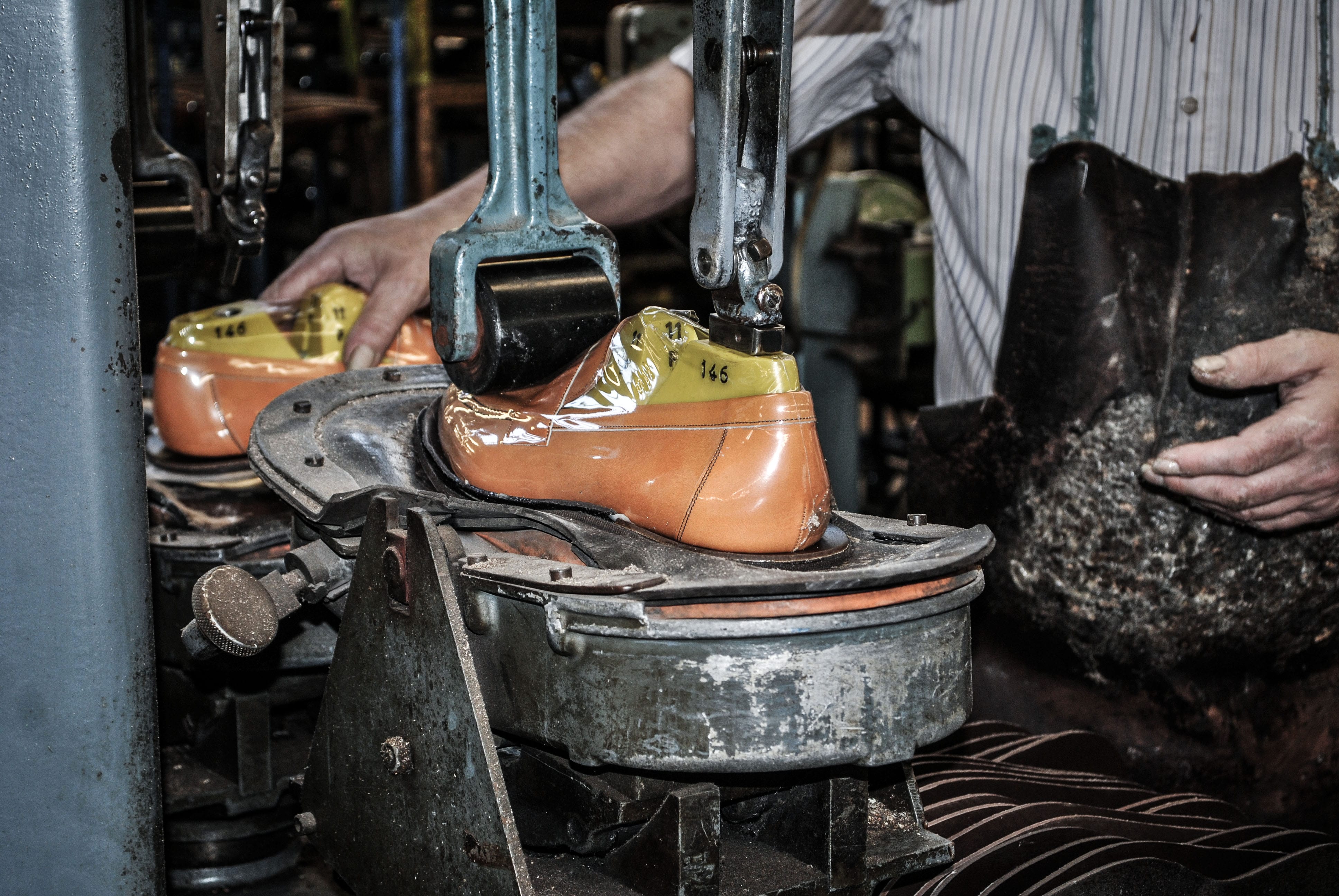 Ken (13 years with Cheaney) undertakes a multitude of tasks within the making room but here he is on sole laying. 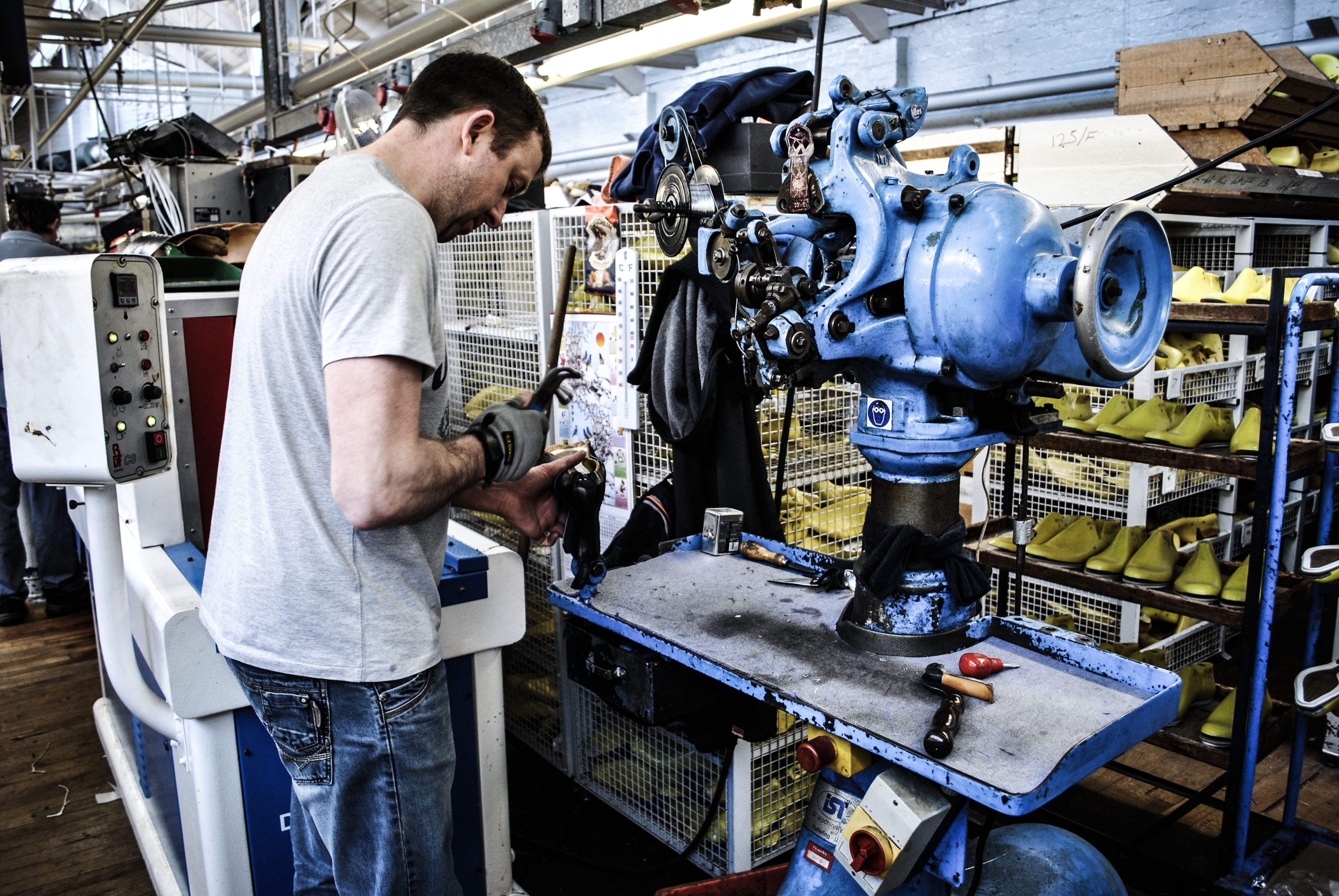 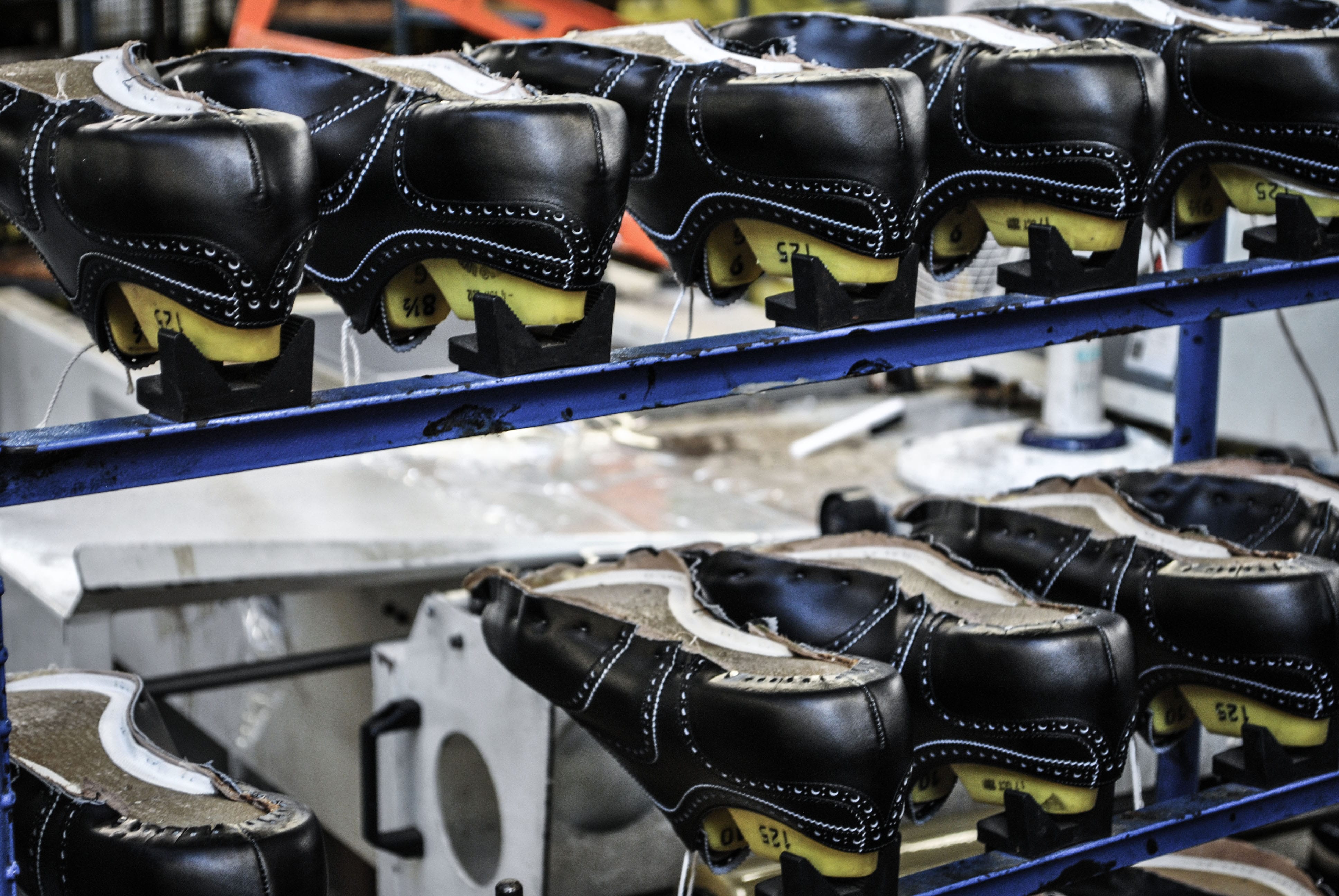 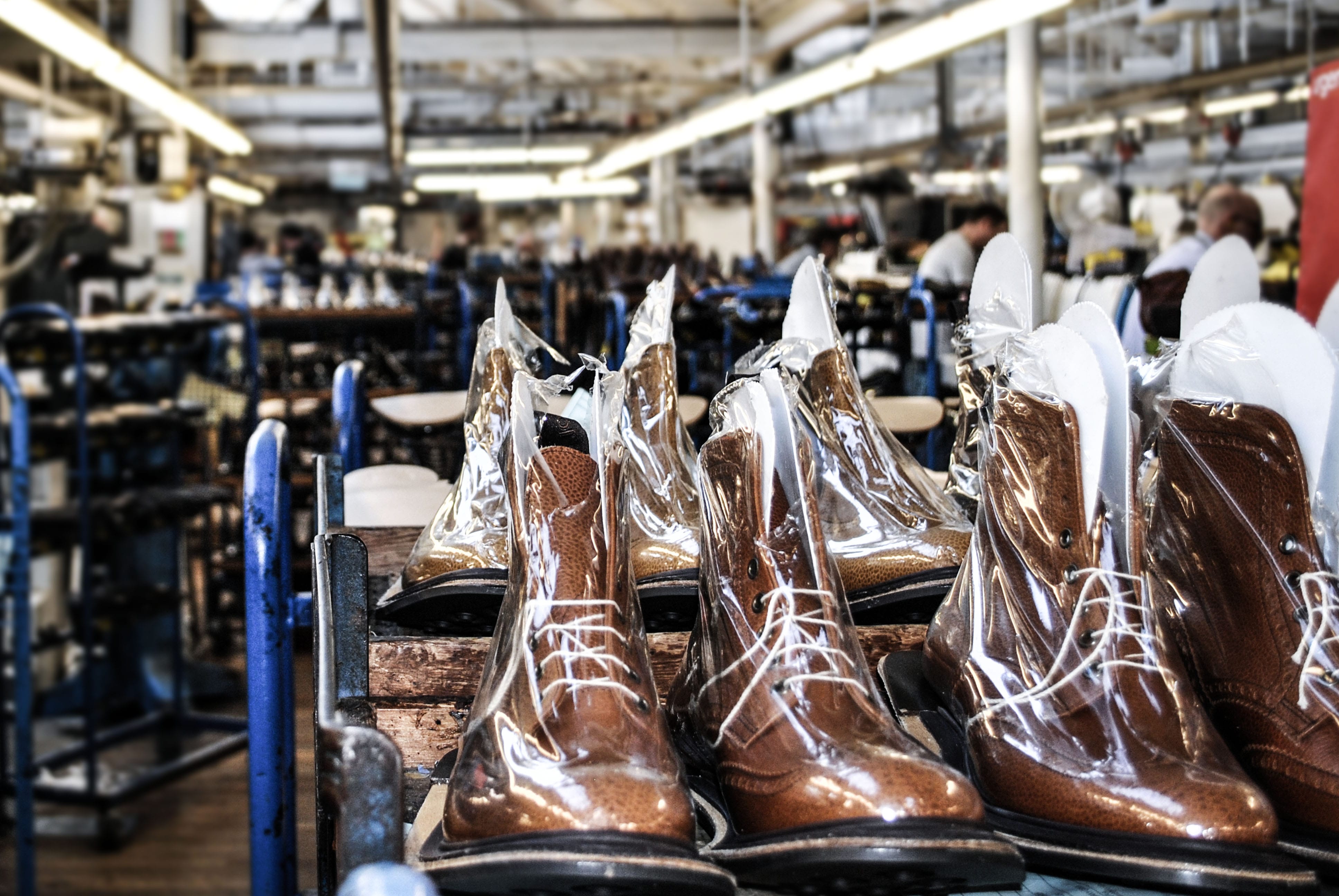 The sole (dainite, commando, crepe or leather) is cut and set with glue then nailed to hold the seat and the excess and staples are then removed. The shoes are then paired and finished by eye, soles are hand stained with cream and hand bunked, which is where a decorative detail is fashioned on to the sole, creating an intricate pattern. Finally, the last is removed and the soles are stamped with our eponymous Cheaney logo. They then await their final leg of their factory journey; the Shoe Room. 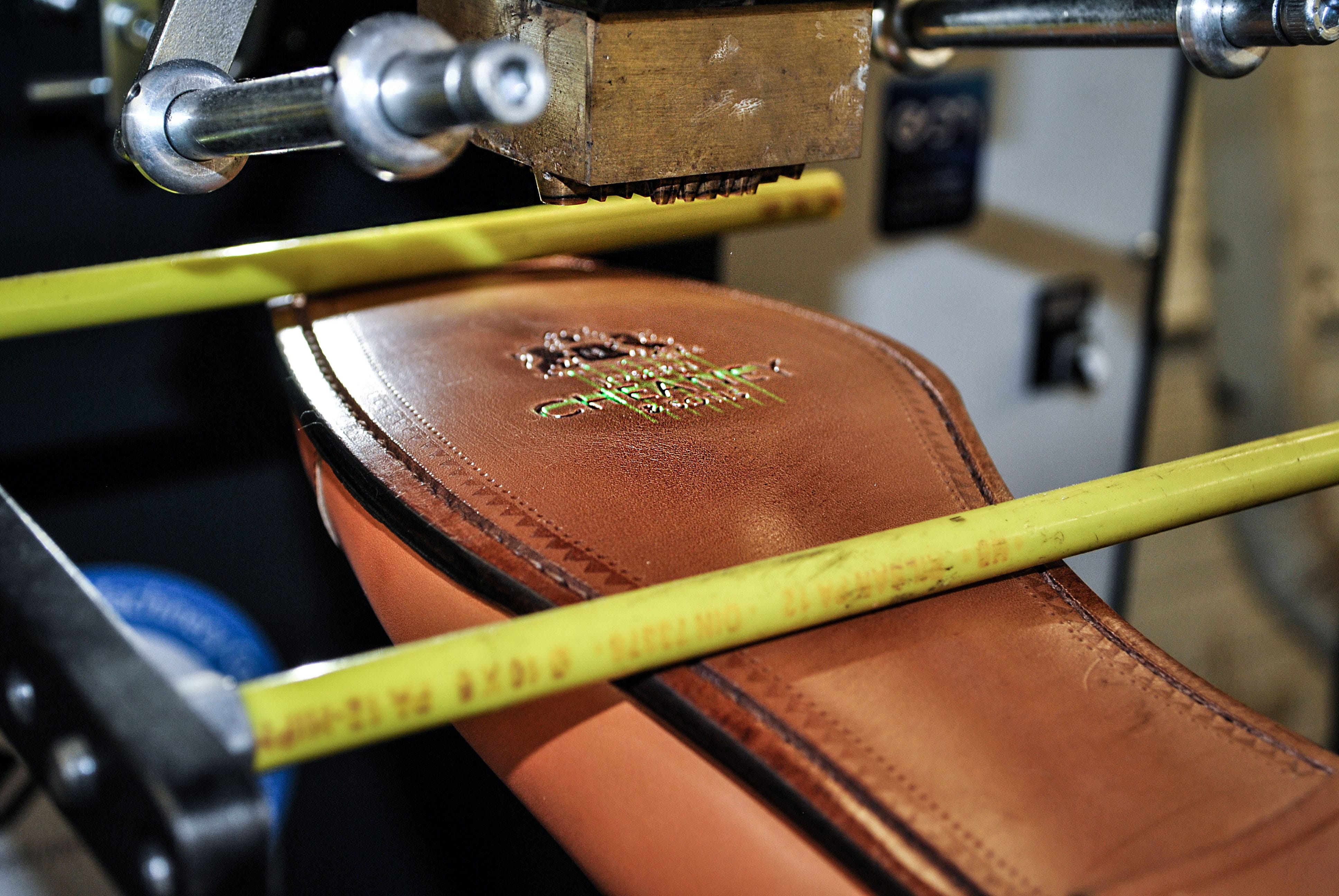 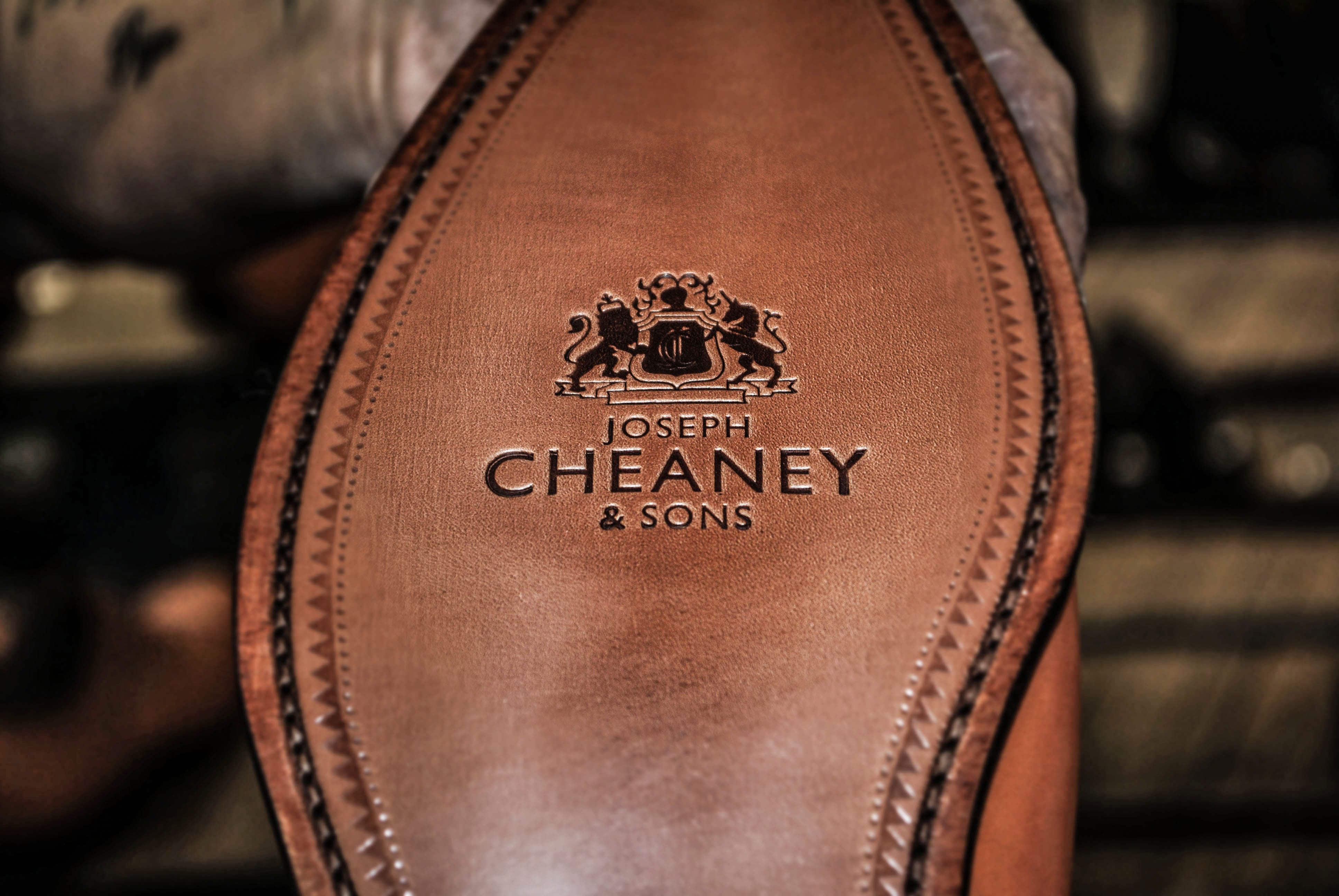 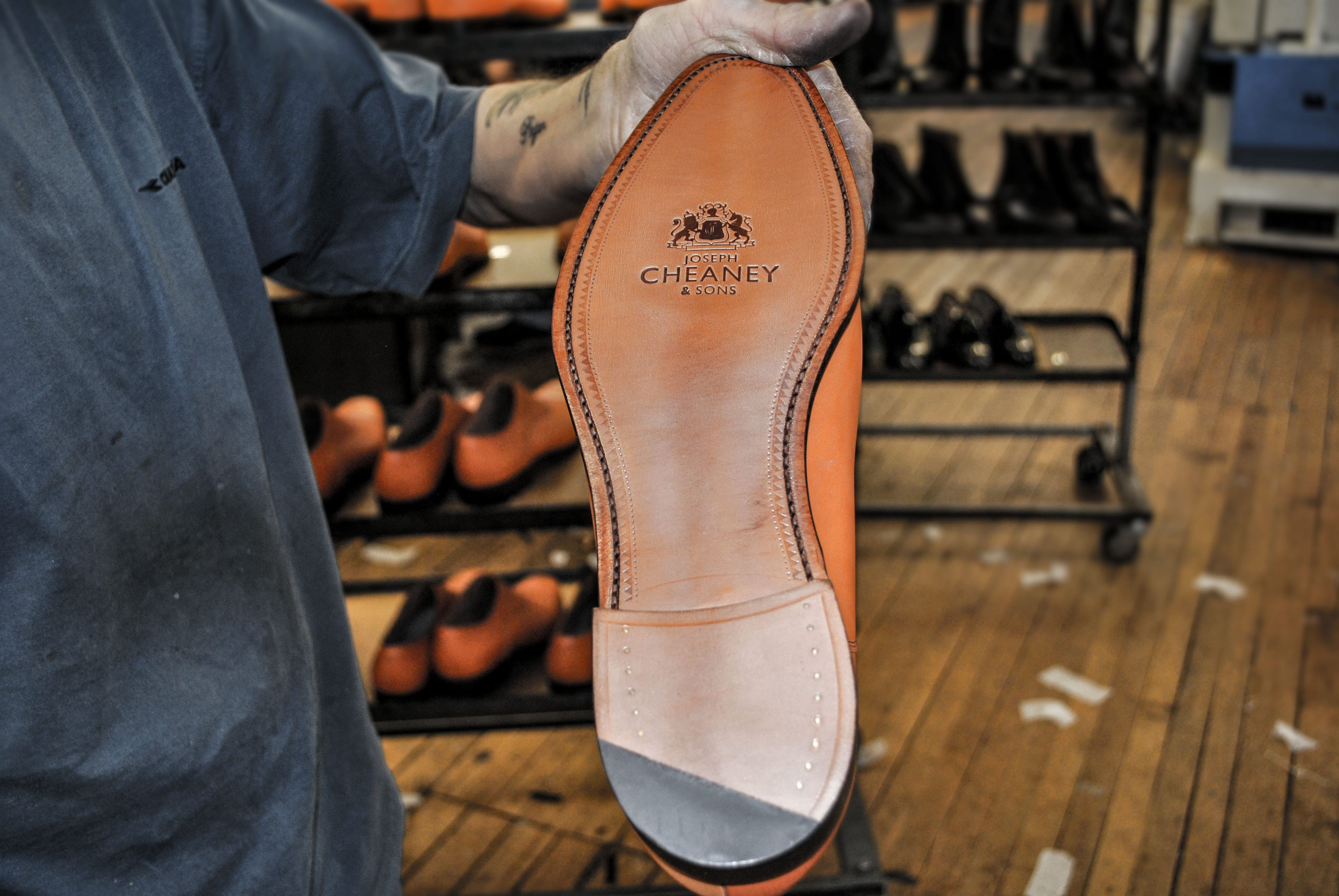 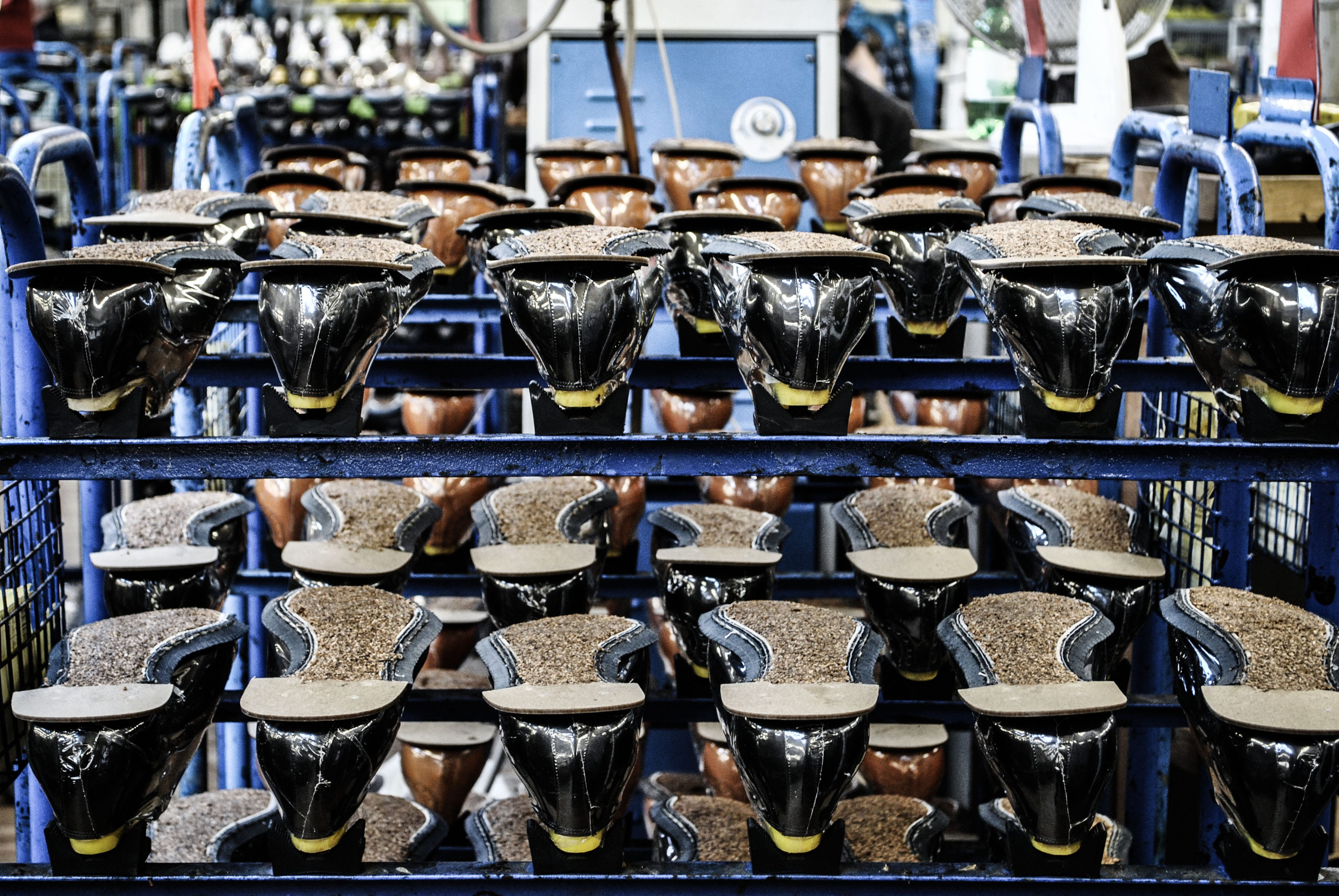 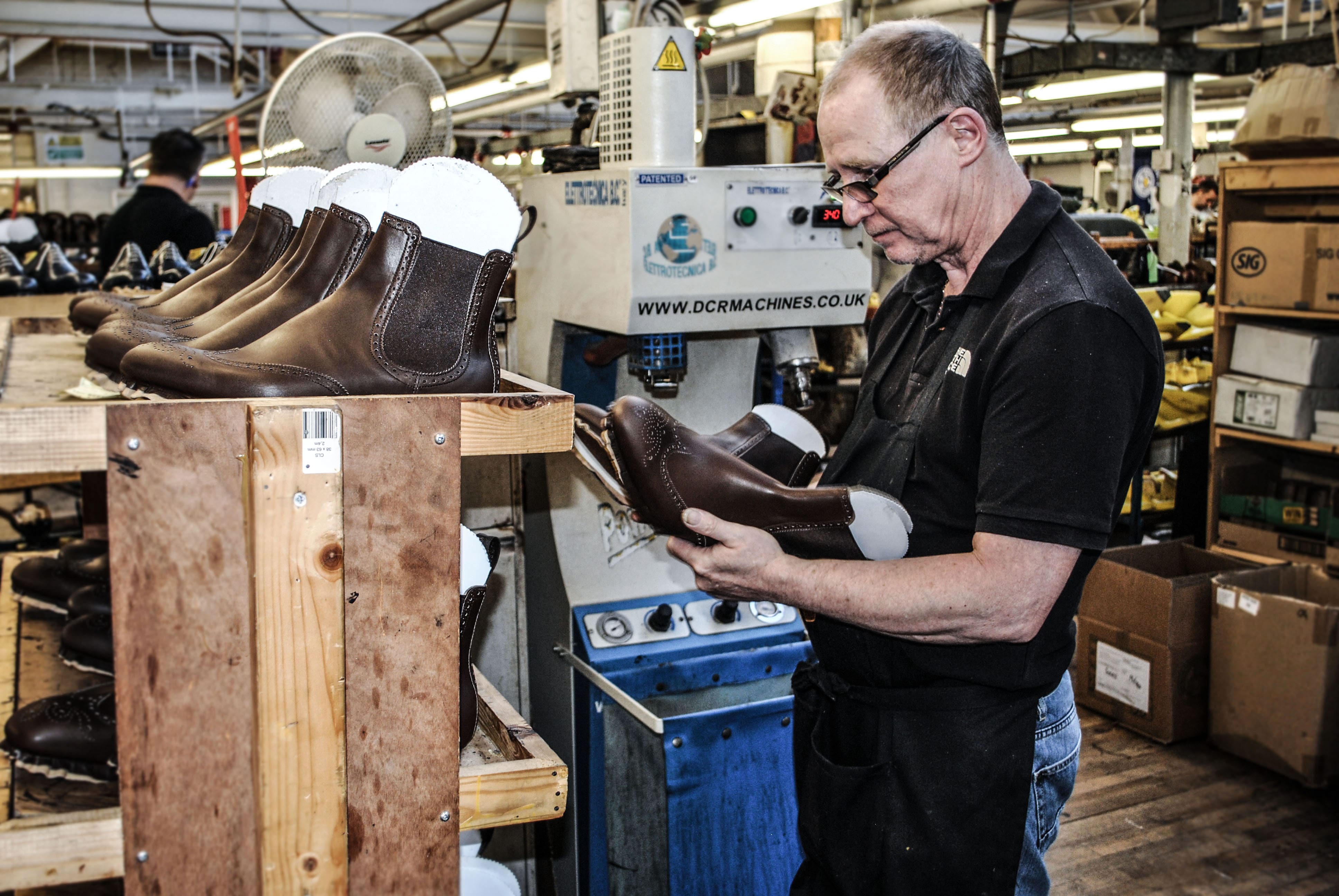