Rambling Man – ‘Menswear’ and all its problems 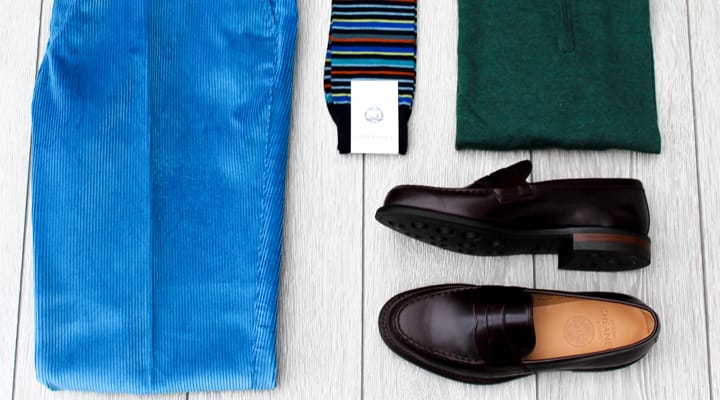 It’s easy to forget that we’re all carrying computers in our pockets. The mobile phone that we use for emails, social media, taking pictures and (very occasionally) making phone calls has approximately 100,000 times the processing power of the computer that put Neil Armstrong on the moon. I’ve been using it to superimpose top hats onto pictures of pigeons.

Technology and the internet have evolved at a catastrophic rate. Humanity, however, has not. If anything, as our personal belongings have become smarter, the person using it tends to rely less on their own brain. We want answers, and we want them immediately.

In response to this demand for information, it was up to us to supply it. We can now consult the internet for absolutely anything: over the past 24 hours, it has assisted me with how to make a lemon meringue pie as well as how powerful the computer was on Apollo 11, which says a lot about me as a person.

However, somewhere along the line, things got out of hand. If my blog series is an example of anything, it’s that anyone can have a voice (regardless of their qualifications) and publish it for all the world to see, whether they like it or not… though I hope you do. What we have now is an unfathomable plethora of information, and I have thematically managed to shoehorn myself into one of the worst offenders: ‘menswear’.

I’ll be focusing on menswear specifically, being what I know, but by no means does that mean it’s an isolated issue. The world of women’s fashion is just as saturated, if not more so – but in spite of the fact that men’s style doesn’t tend to change very much, we’ve still managed to make it complicated.

Let me start by saying I have learnt a lot about style from the internet, more so than I ever could have done without it, but it has been years’ worth of sifting through a lot of misleading information. If you’re just starting out on the road to dressing better and buying nicer things, the internet can be a truly overwhelming place.

It often feels like an exclusive members club that you accidentally walked in to whilst trying to find the bathroom. Every video seems to be soundtracked by smooth jazz and is usually in slow motion. They show an idyllic but somewhat old-fashioned lifestyle of manor houses, cigars and brandy. Everyone is dressed impeccably and laughing at each other’s jokes, though you can’t hear them over the trumpet solo.

I’d hazard a guess that most people don’t possess that lifestyle, as much as I would enjoy galavanting around a country manor, but the aesthetic is everywhere. The overarching theme from a lot of these sources online is that in order to have good style, you have to spend a lot of money.

Don’t get me wrong, you do have to spend a bit more in order to get good quality garb, but it’s also counterintuitive to spend thousands on a bespoke suit if you’re only going to wear it twice a year. This is where a lot of ‘menswear’ enthusiasts miss the point somewhat: personal style is exactly that – personal.

It truly is a thankless task to try and dissect an industry that has so many facets, but that hasn’t stopped people from trying. It also poses difficulties for people like me working in shops; people consult the menswear blogosphere and often leave more confused than when they entered, so it’s up to us to simplify it and cater to each person’s very individual needs. It also goes without saying that, with so much information available to everyone, we have to offer something more – otherwise what use would I be?

It would be largely hypocritical for me to now try and give you style advice, but one thing that has always worked for me is to keep it simple. Find an item of clothing that you own and love wearing, and save up to buy a better quality version. Ultimately, if you feel good in what you’re wearing, that is good style.

It would also be remiss of me not to mention shoes at least once, so do me a favour and start from the ground up. The nicest suit in the world can be ruined with bad shoes, but decent ones can make jeans and a t-shirt look excellent.

So, we can conclude that for every positive the technology offers, it has an equal negative. For every post offering styling tips, we add to the confusion. It would also explain why we can see photographs taken on Mars but I can’t get WiFi in my bathroom.