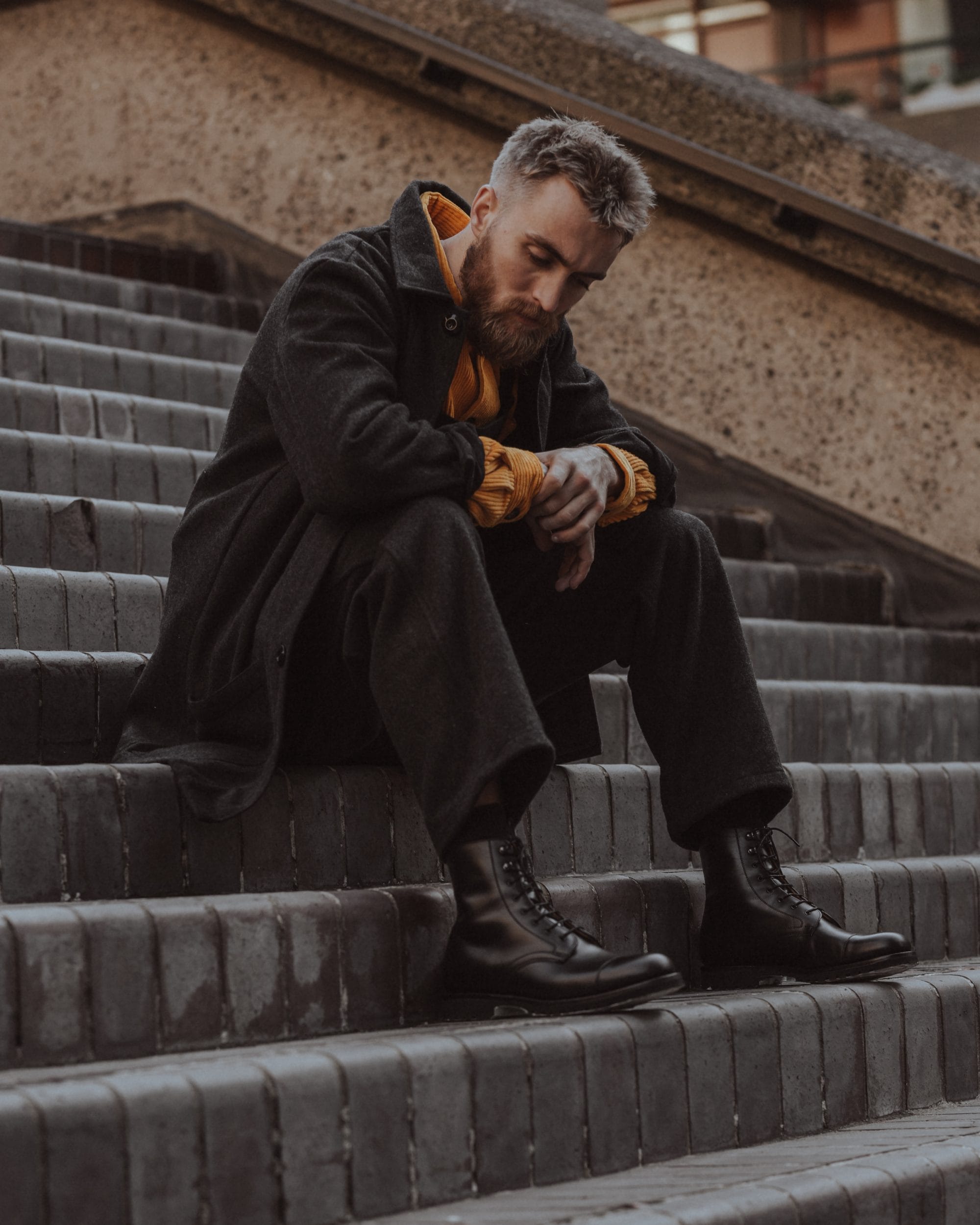 London-based clothing label LaneFortyfive recently shot a campaign to showcase their AW pieces and Joseph Cheaney & Sons were more than happy to assist by providing footwear from our own AW18 collection to compliment the attire. Completely handcrafted using traditionally ‘fresh’ fabrics such as cotton, linen, wool and tweed to name but a few, LaneFortyfive’s meticulous approach to garment construction is a breath of fresh air in a world of fast fashion and is an ethos that Cheaney stands firmly by.

The theme was a mix of ‘Building’ (both in the structural and verbal sense), Material, and Construction with locations chosen in Waterloo, St. Dunstan in the East Church and the Barbican centre and estate. 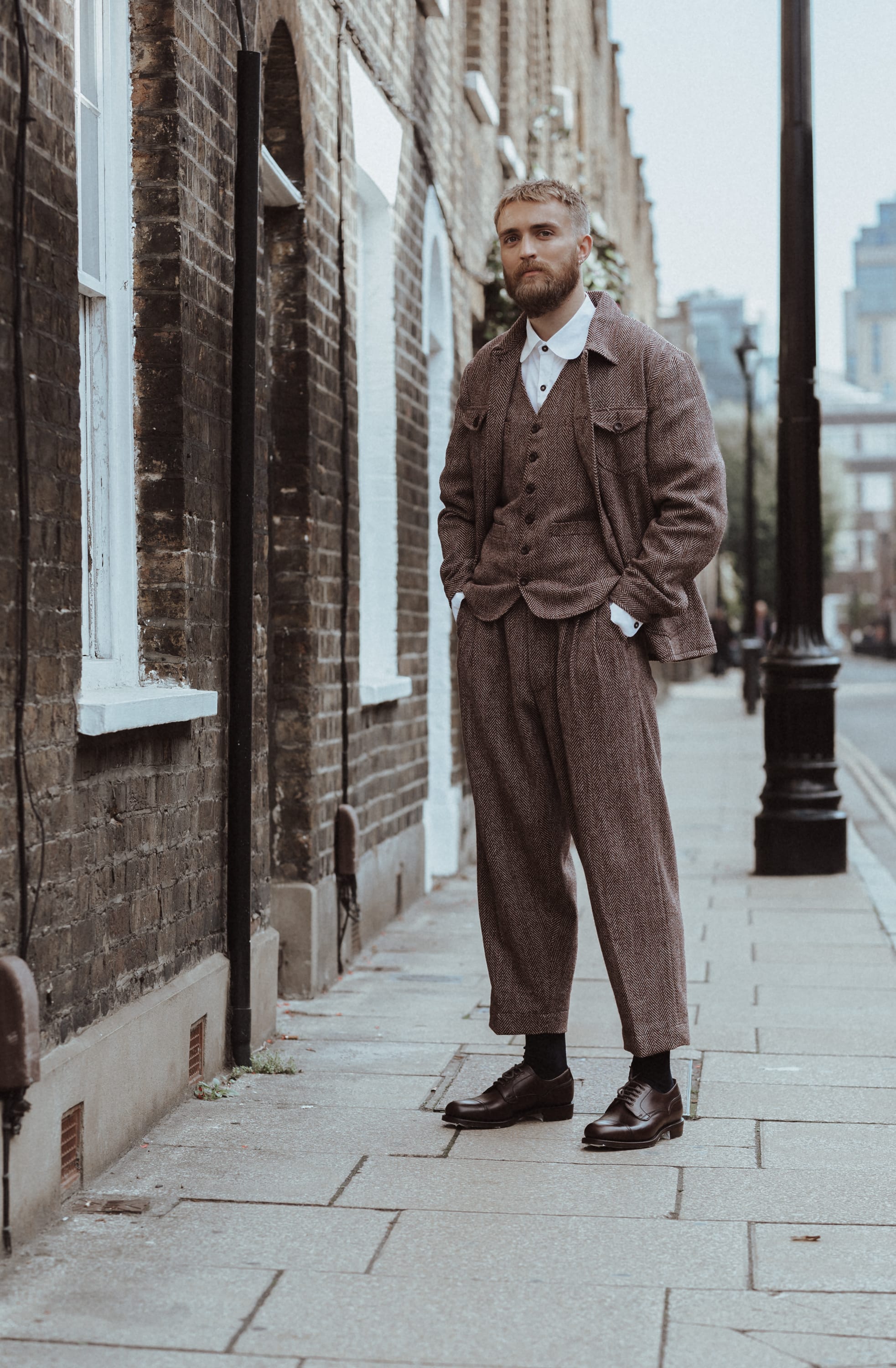 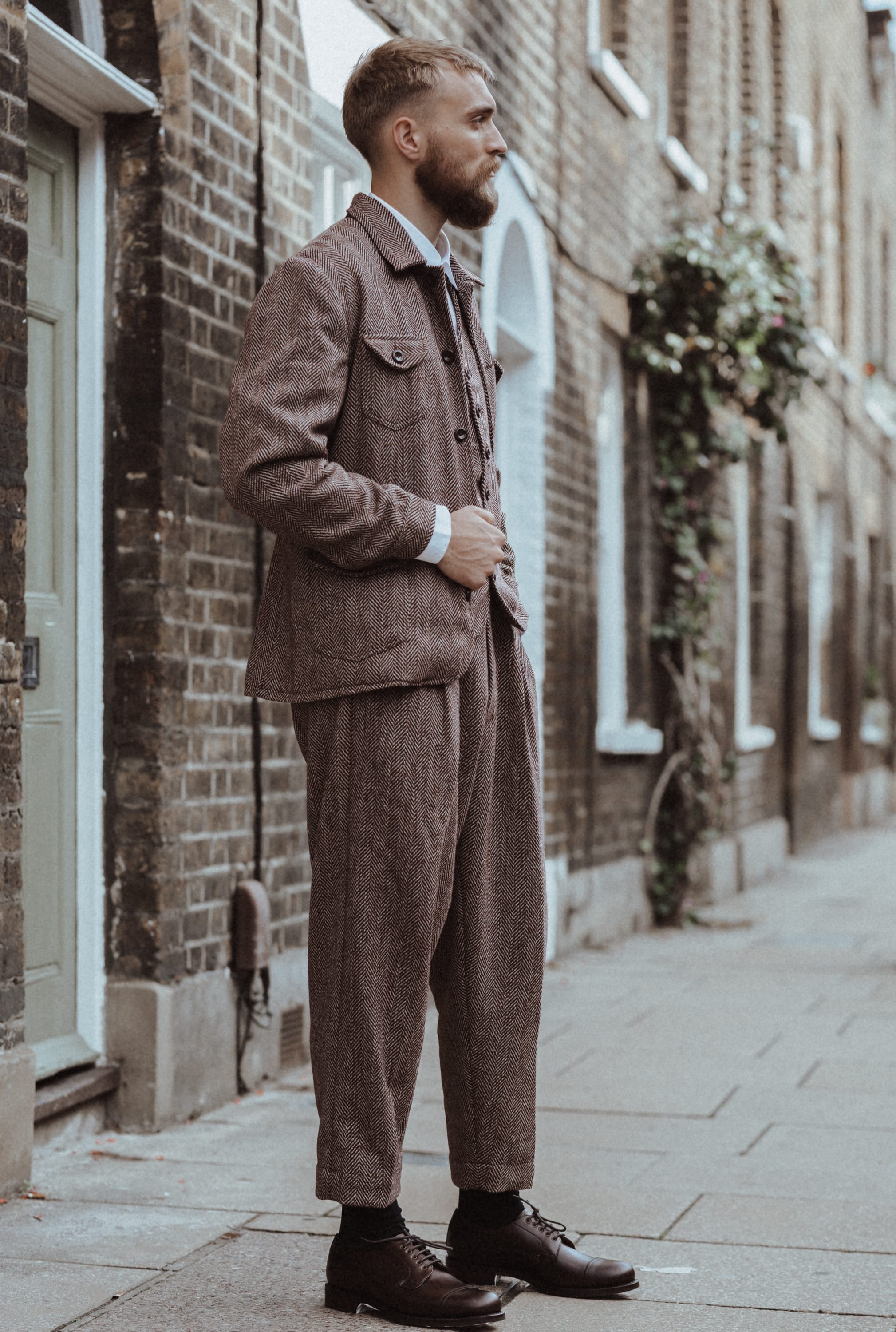 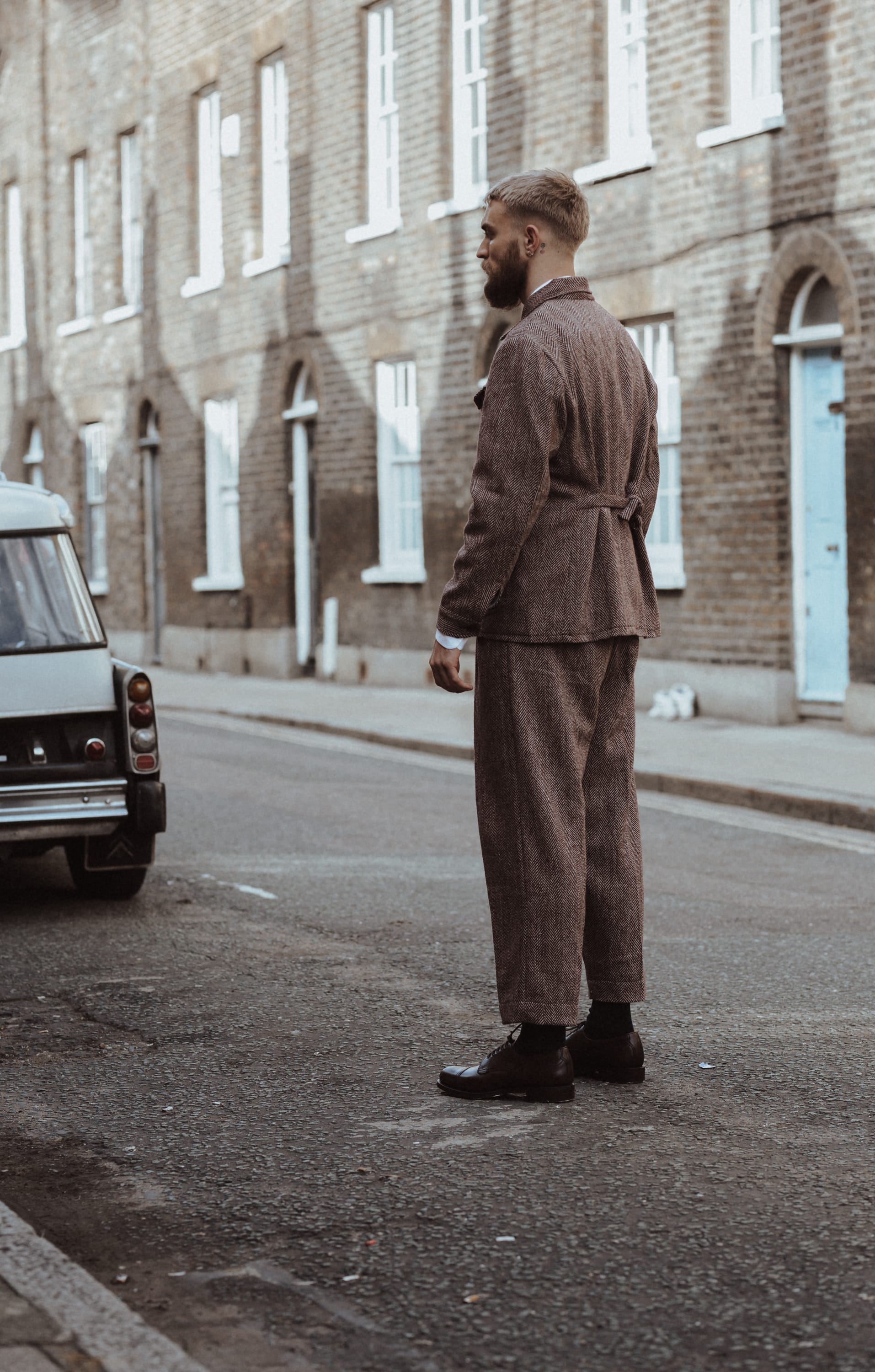 Colours and material (maroon and white herringbone tweed) were selected for the location near Waterloo, drawing a line between the colourful doors, pristine English architecture from the early 1900’s and the clothing. Our industrial-esque Murton Derby shoe in brown Chromexcel leather befitted the tone of the look and complimented the three-piece tweed suit. 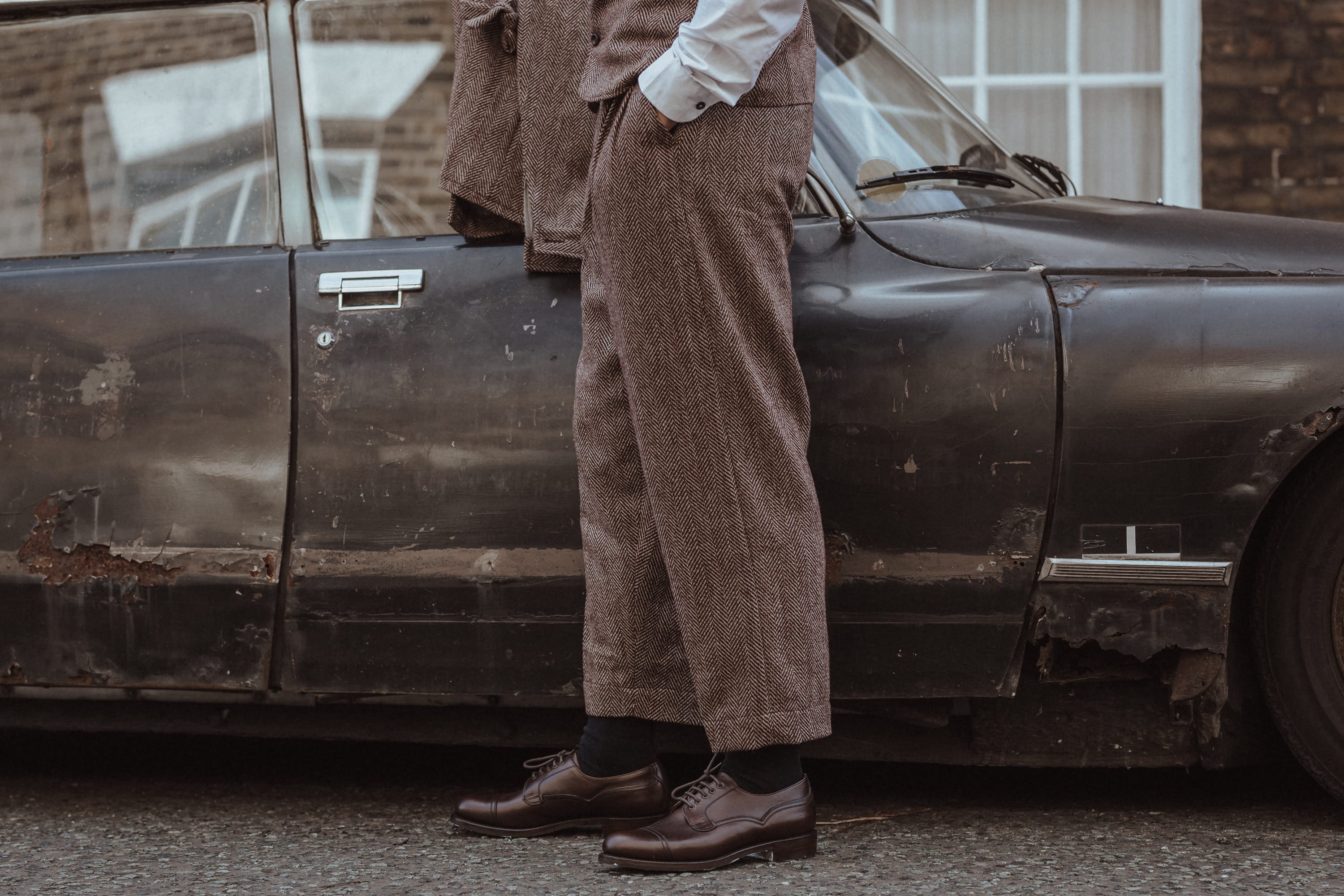 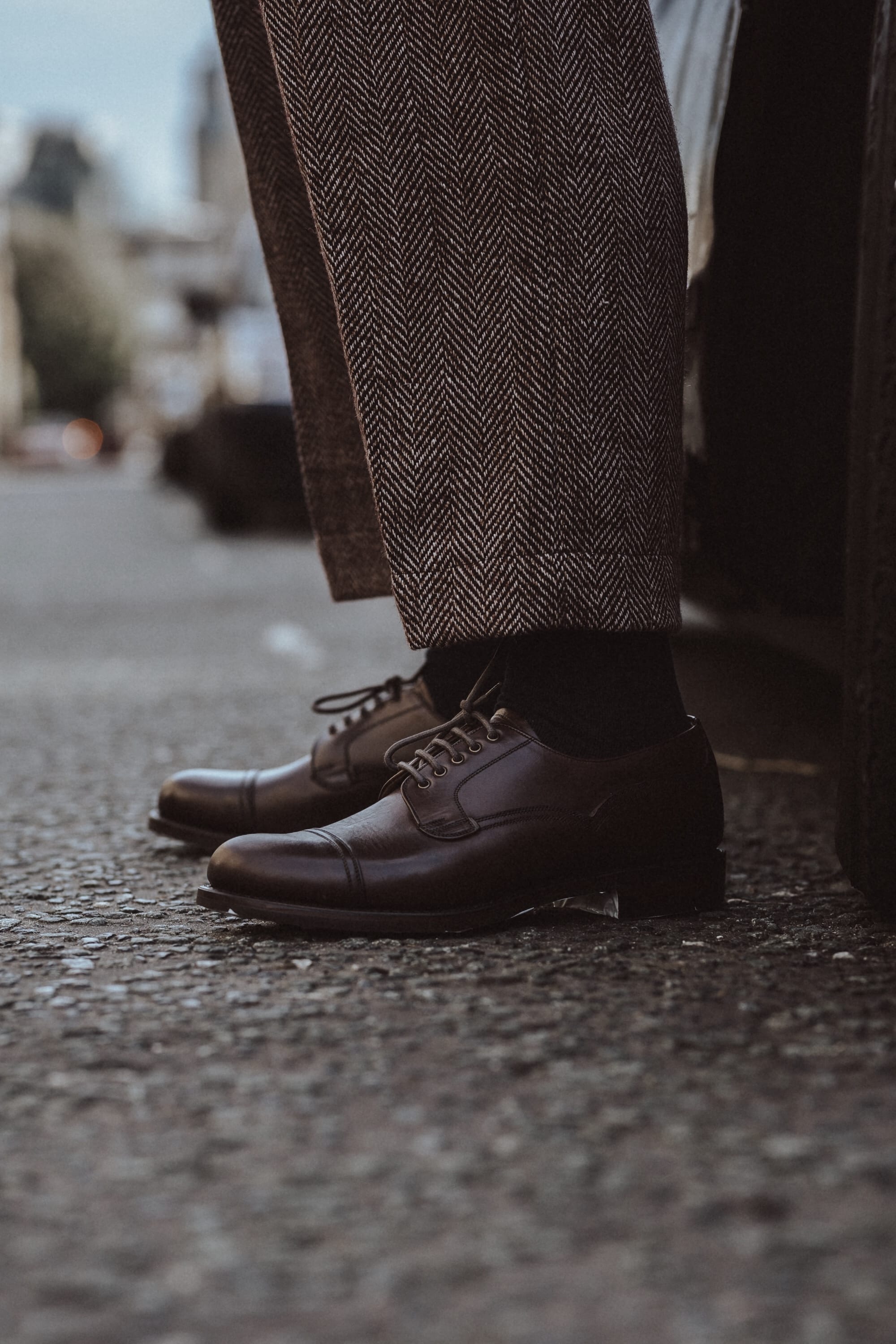 For St. Dunstan in the East church, parts of which were repeatedly destroyed in fire and wars over centuries, LaneFortyfive used an outfit made of natural crumpled canvas to match the walls with a fiery/rust red felt wool overshirt and finished with Cheaney Jarrow Derby boots in Chicago Tan Chromexcel leather. 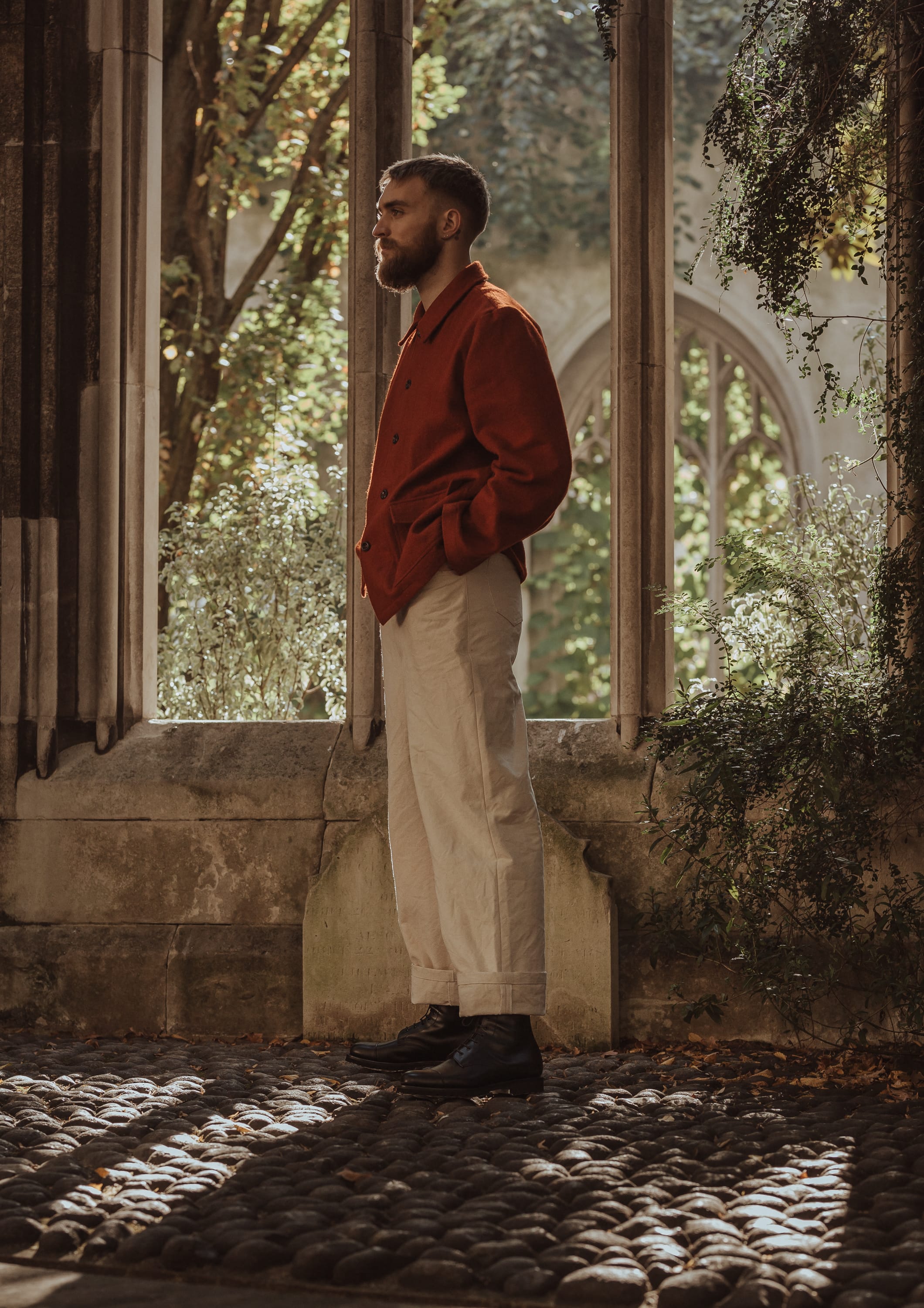 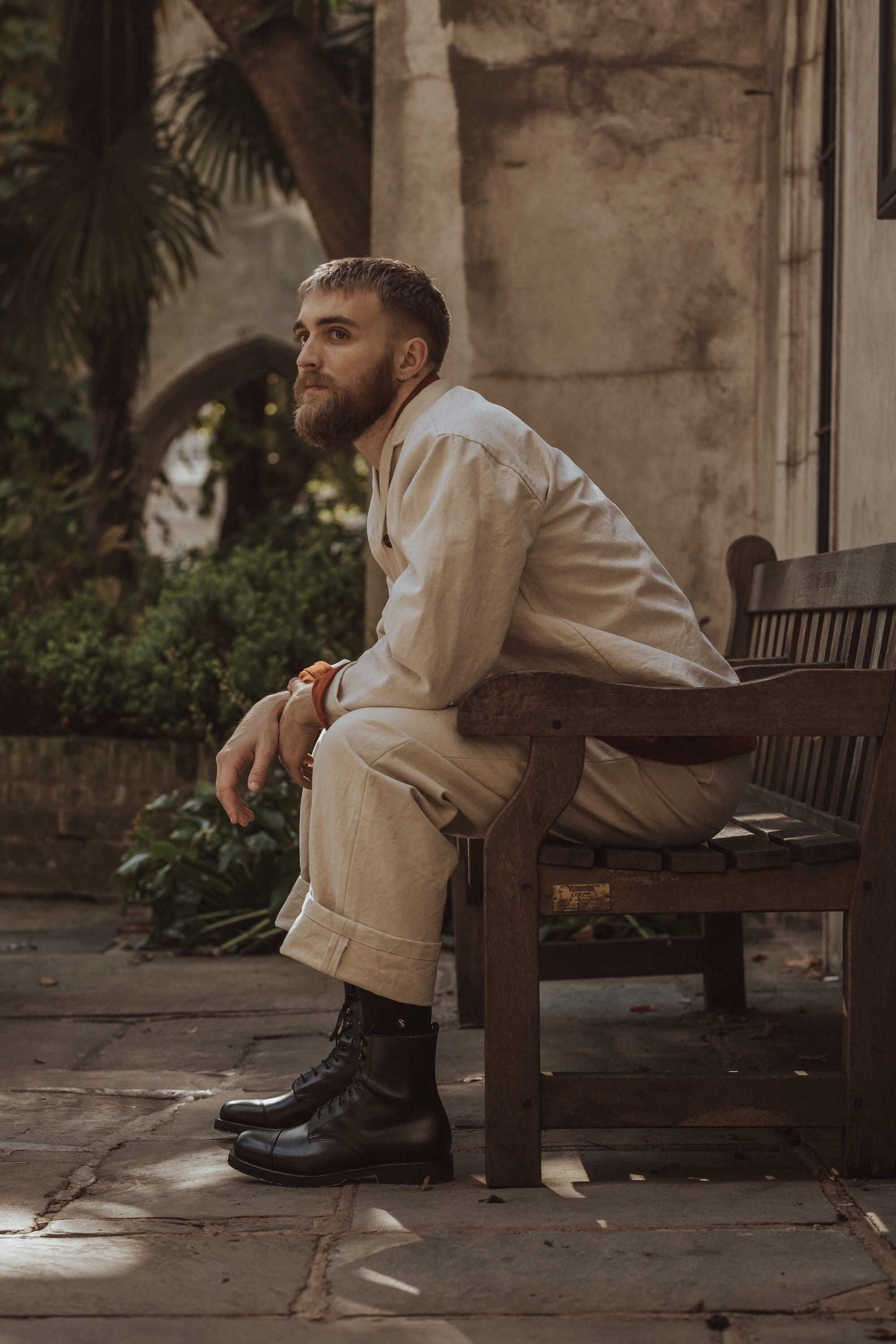 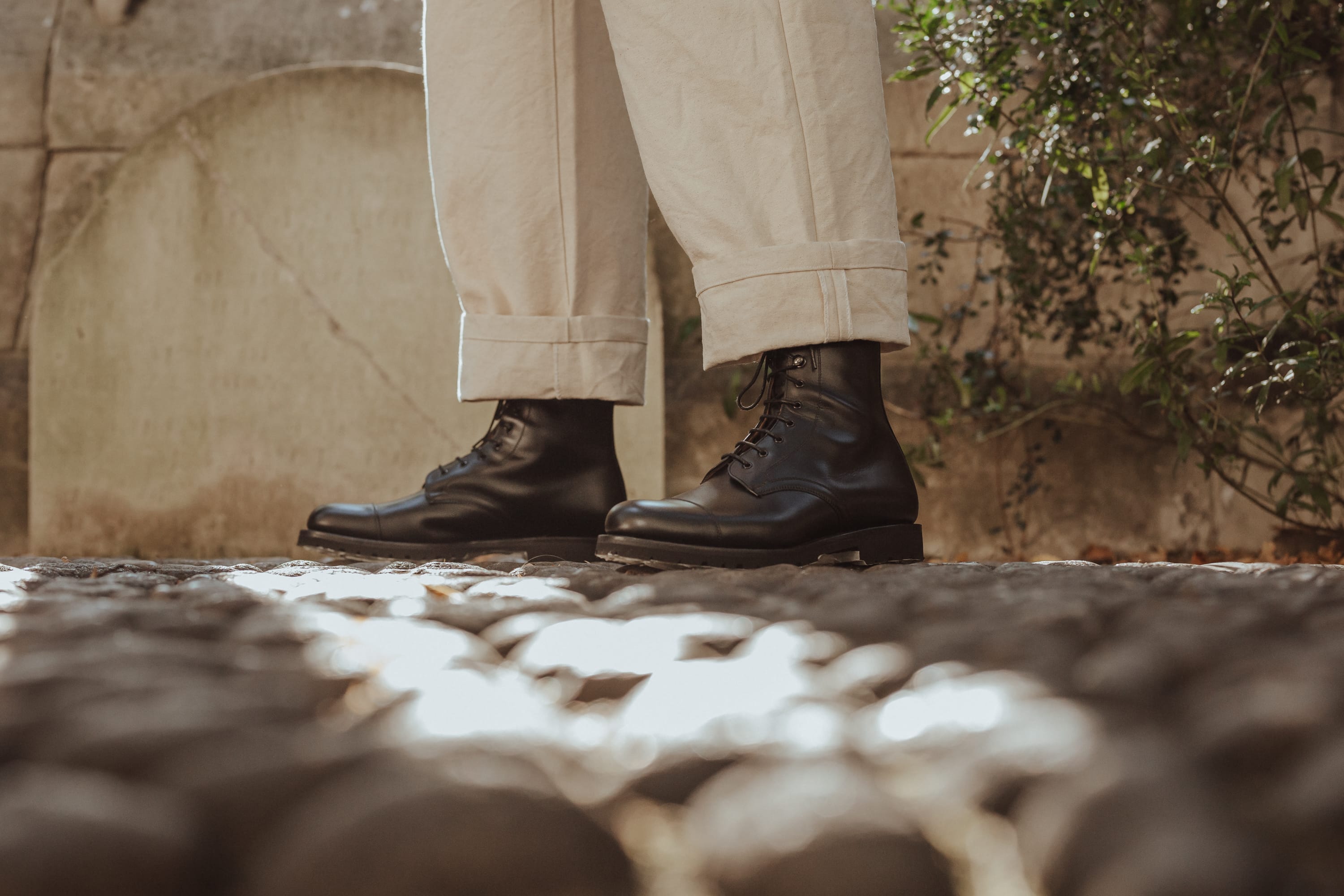 Finally, for Barbican, the theme was brutalist architecture and the portrayal of it via clothing in charcoal black wool and the construction and shapes created. Our capped derby boot Trafalgar finished the look. 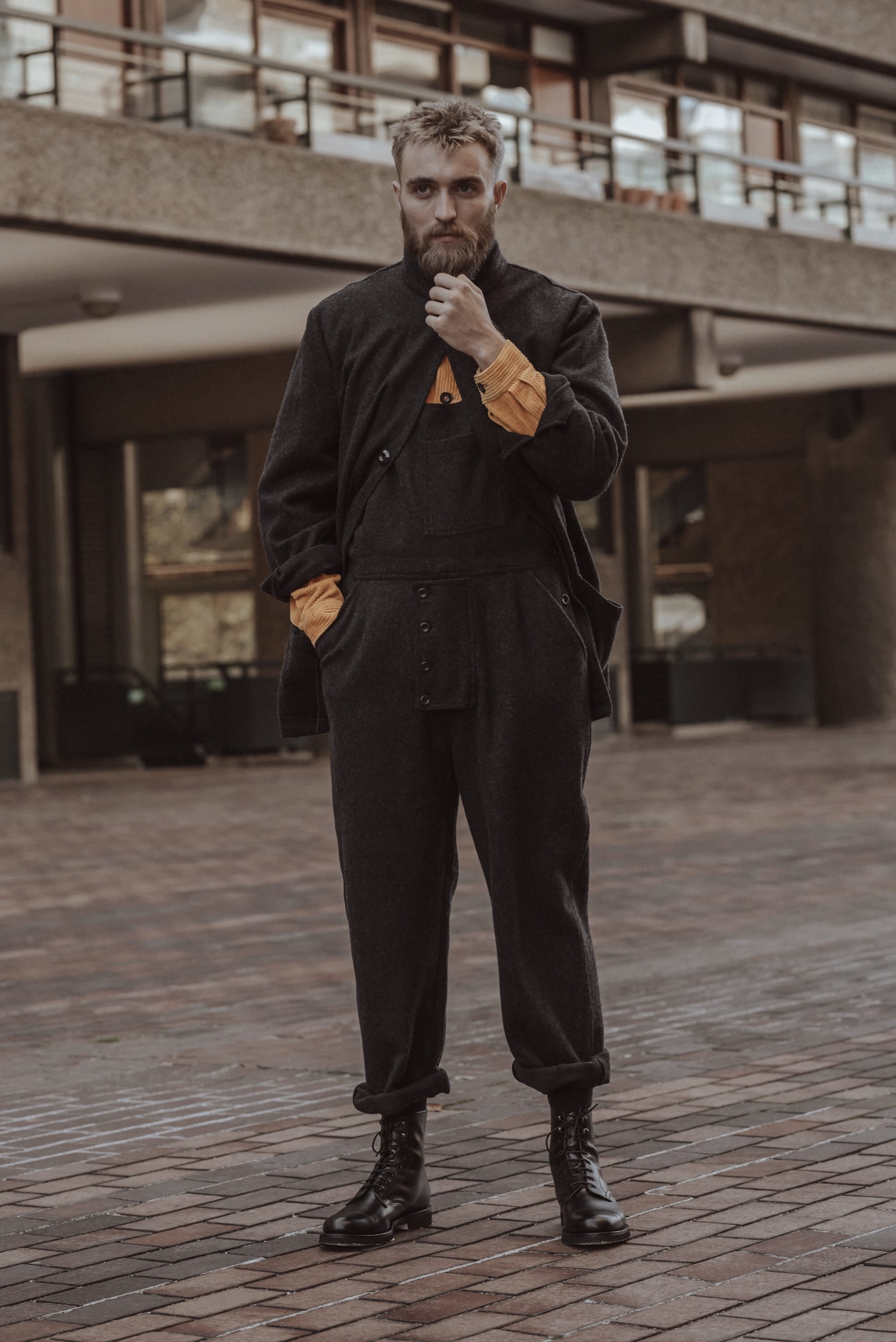 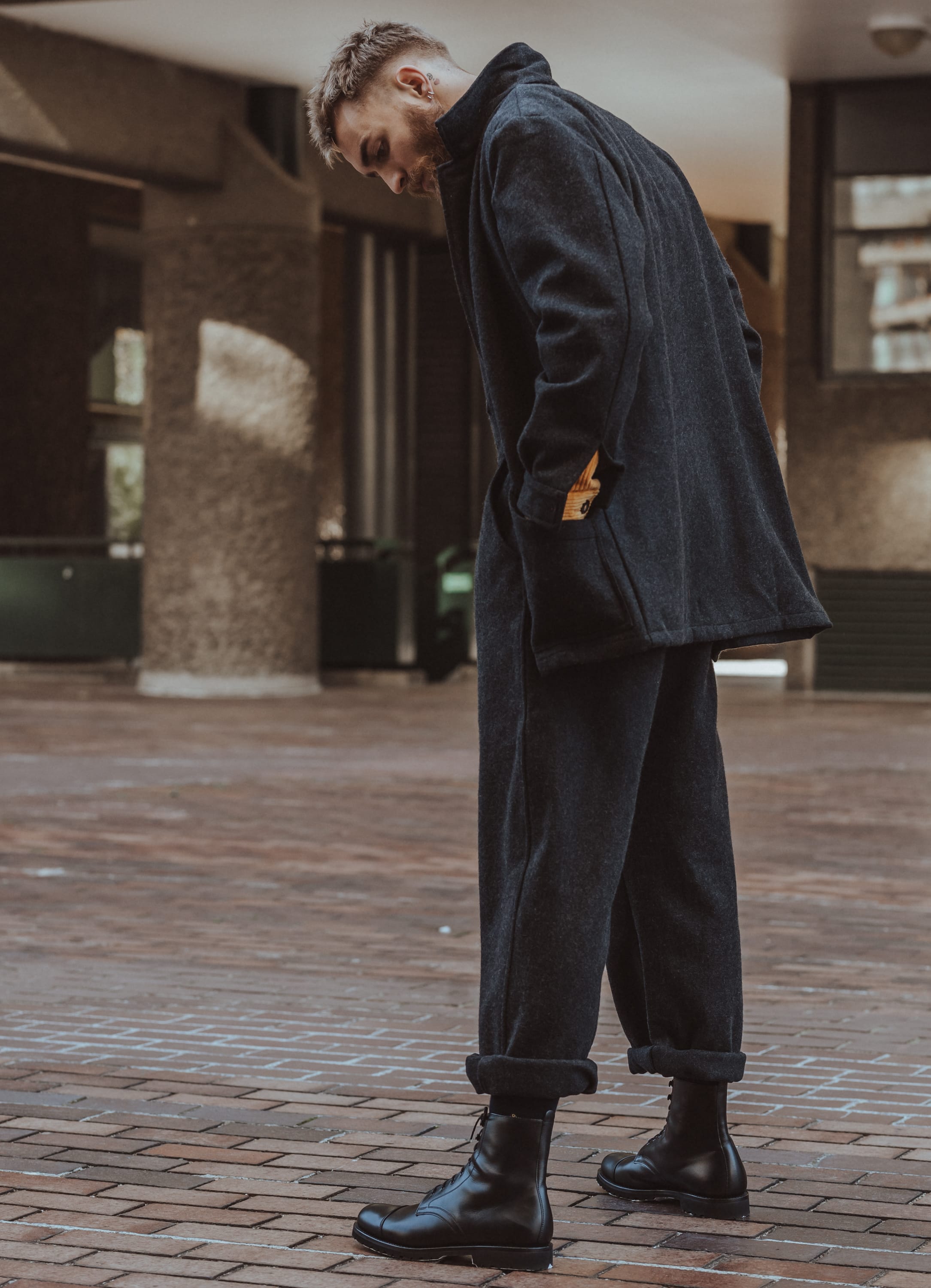 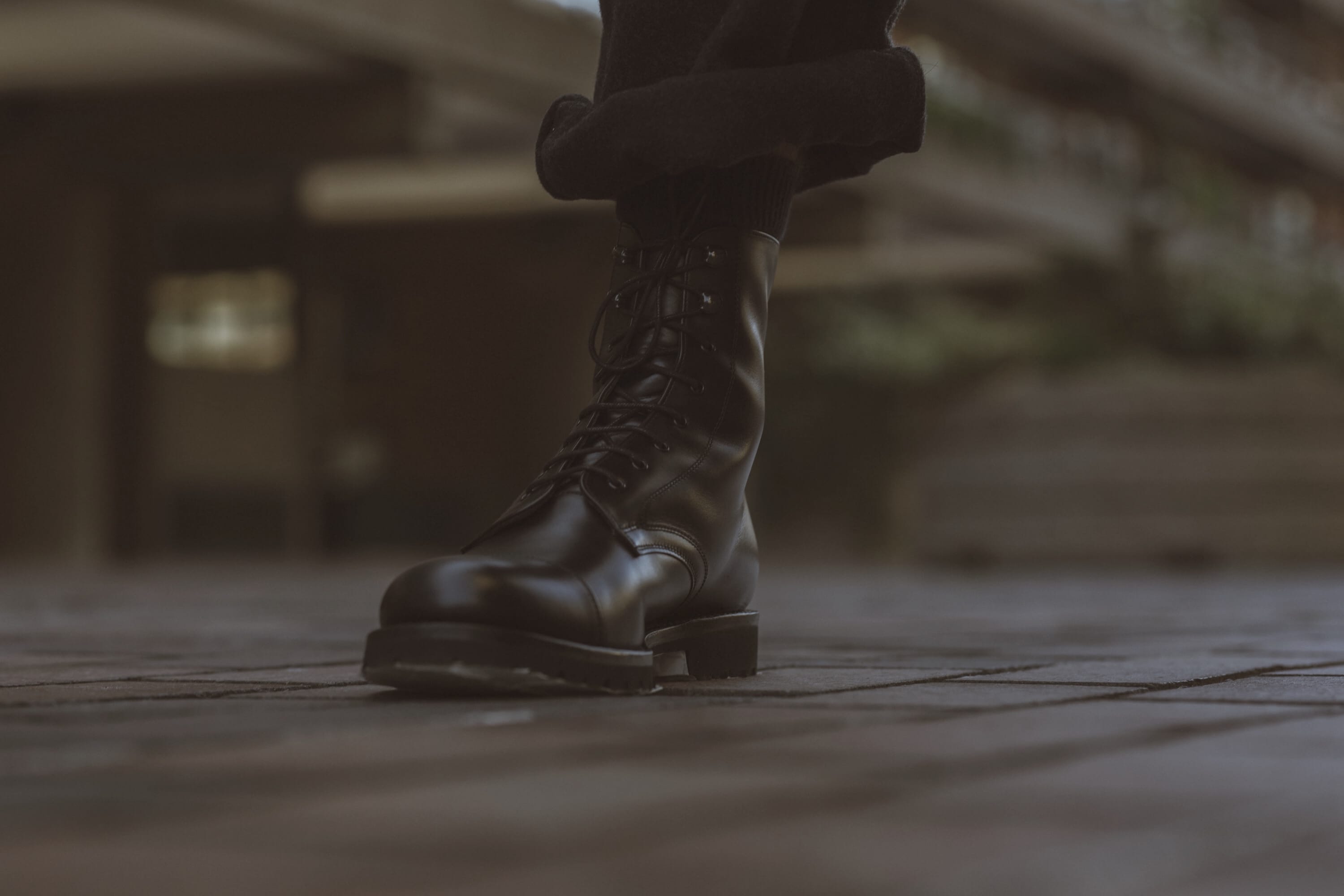