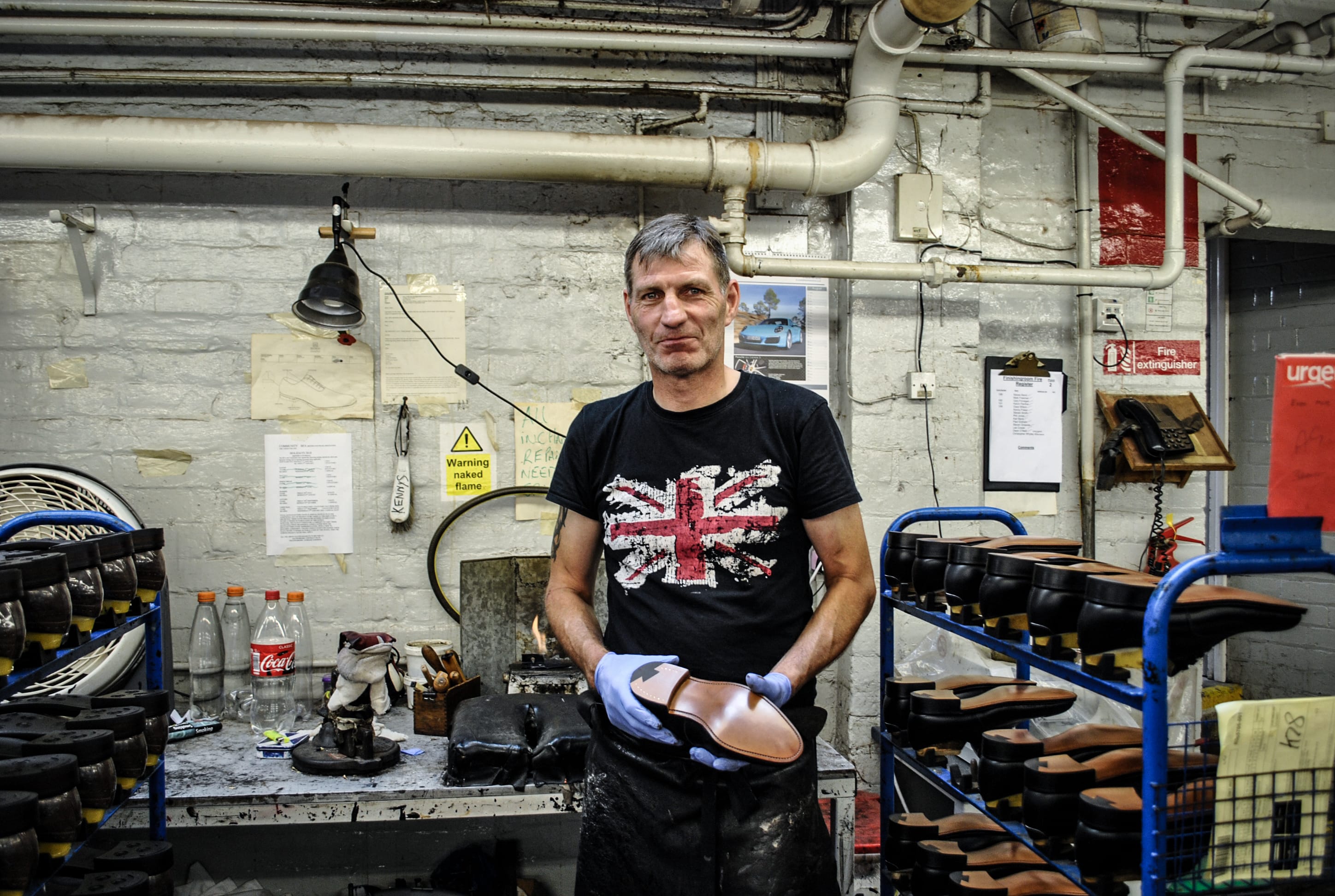 Trying to catch a minute with Shoe Operative Kenny is a bit of a stretch; the man does not stop moving. Occasionally I pass through the Making/Finishing room and catch a glimpse of him, leaning precariously close to an open flame that, prior to today, I had no idea the function of. A kettle sits atop Kenny’s bench where he stores his tools and an array of soda bottles filled with a dark, treacle textured mass that I’m pretty certain isn’t consumable.

And in my ignorance of watching him pour water in to a cup and thinking it was to create some sort of shoe finishing material, I asked him ‘Ooh, is that to go on the shoes?’ to which he raised a brow and laughed, ‘No, I’m making a brew.’ 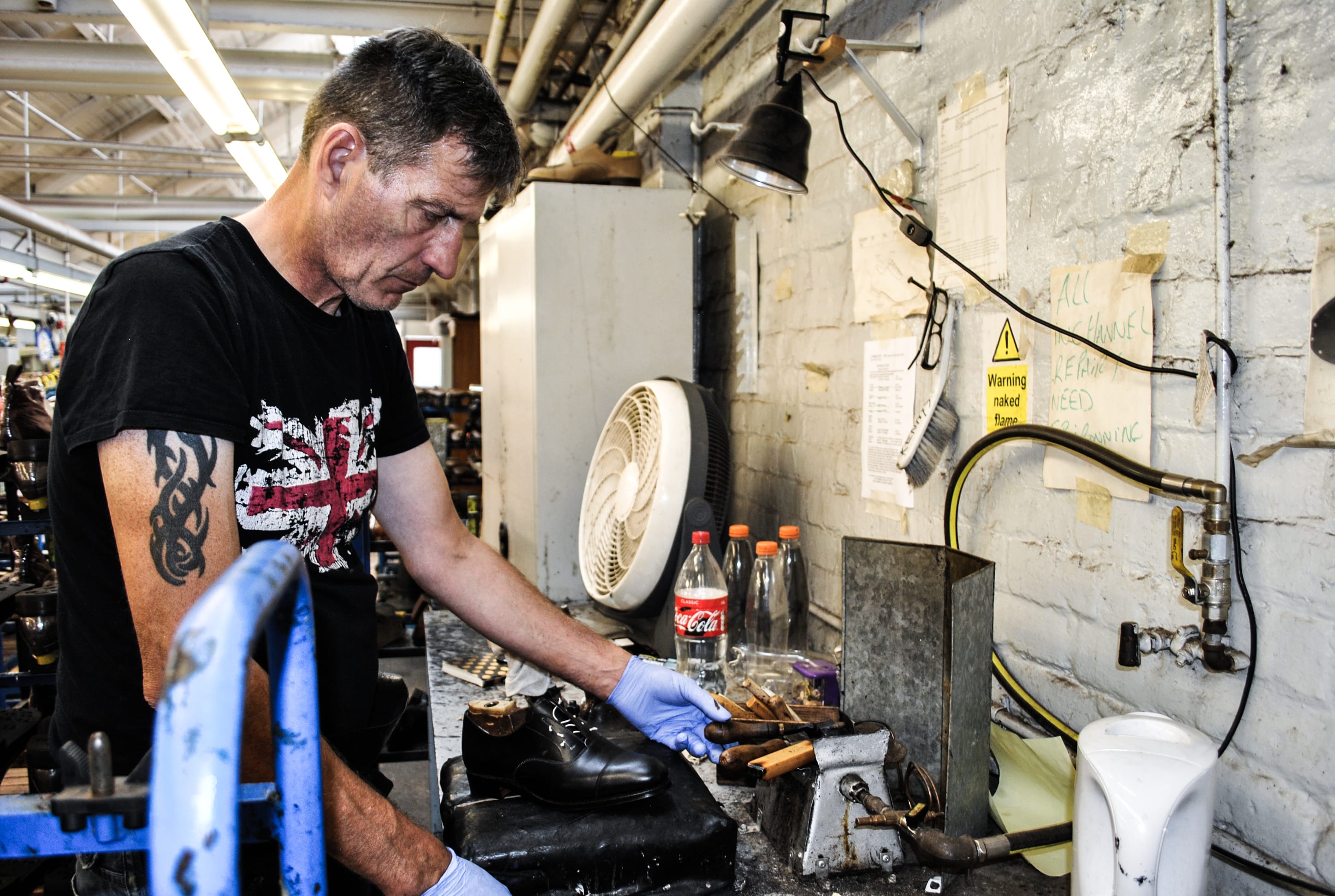 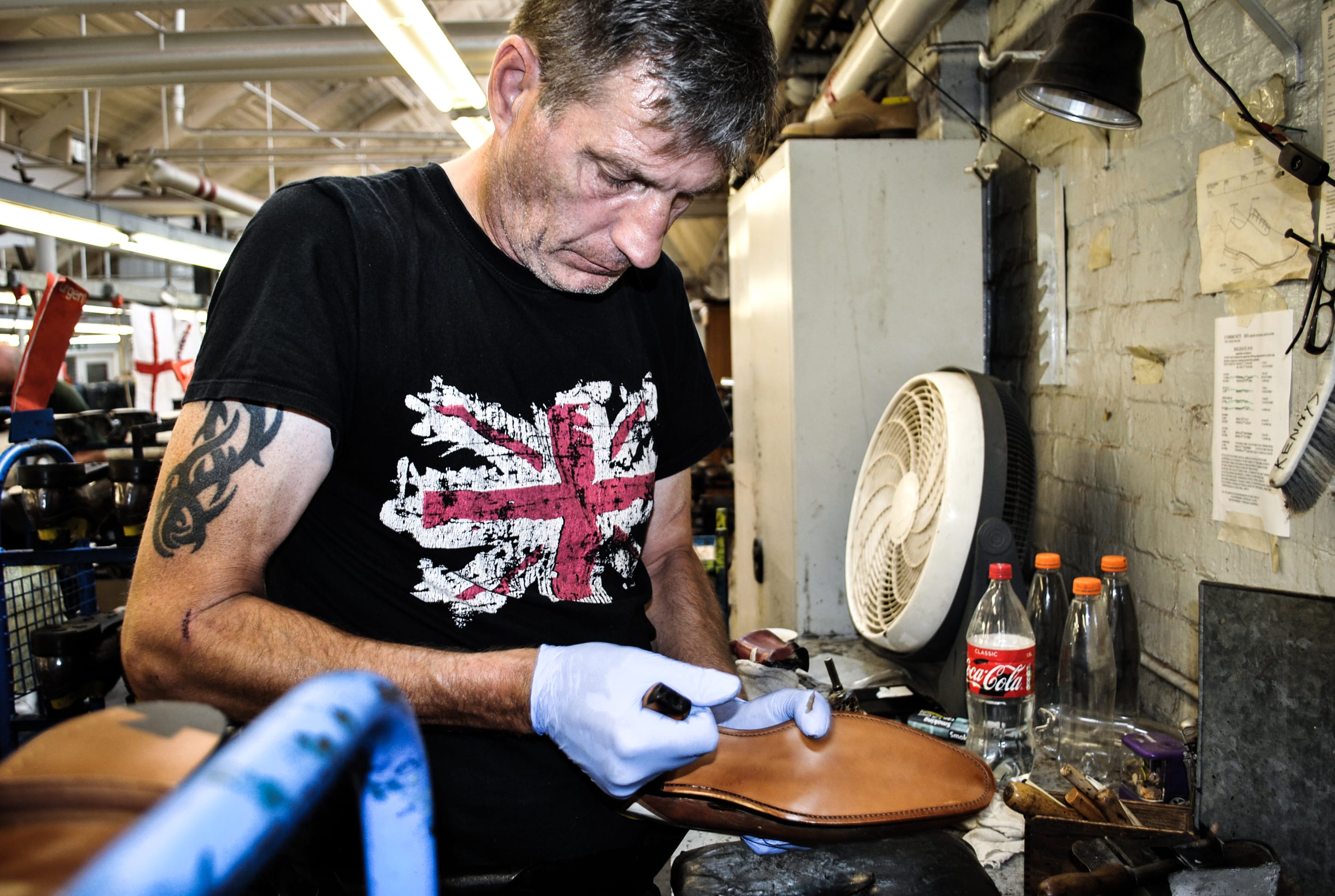 When Kenny isn’t making a brew, he oversees a number of technical finishes on the shoes that culminate in the distinct decorative patterns and sole finishes on every pair of Cheaney’s. He sets out all of his tools and talks me through what each one does, including top ironing whereby the tool is heated over an open flame and brushed over the sole to smooth out the material. There are around 6 different tools to be used on each sole for smoothing, pressing and creating patterns. On the ladies shoes, there is an implement whose sole purpose is to imprint two stars in the leather above the heel. I cannot help but wonder how Kenny feels about spending so much time on a sole which will, over time, scuff and mark and wash away his hard labor. He shrugs and remarks that the extra details are what set the shoes apart from other companies and that it’s the small details that count. 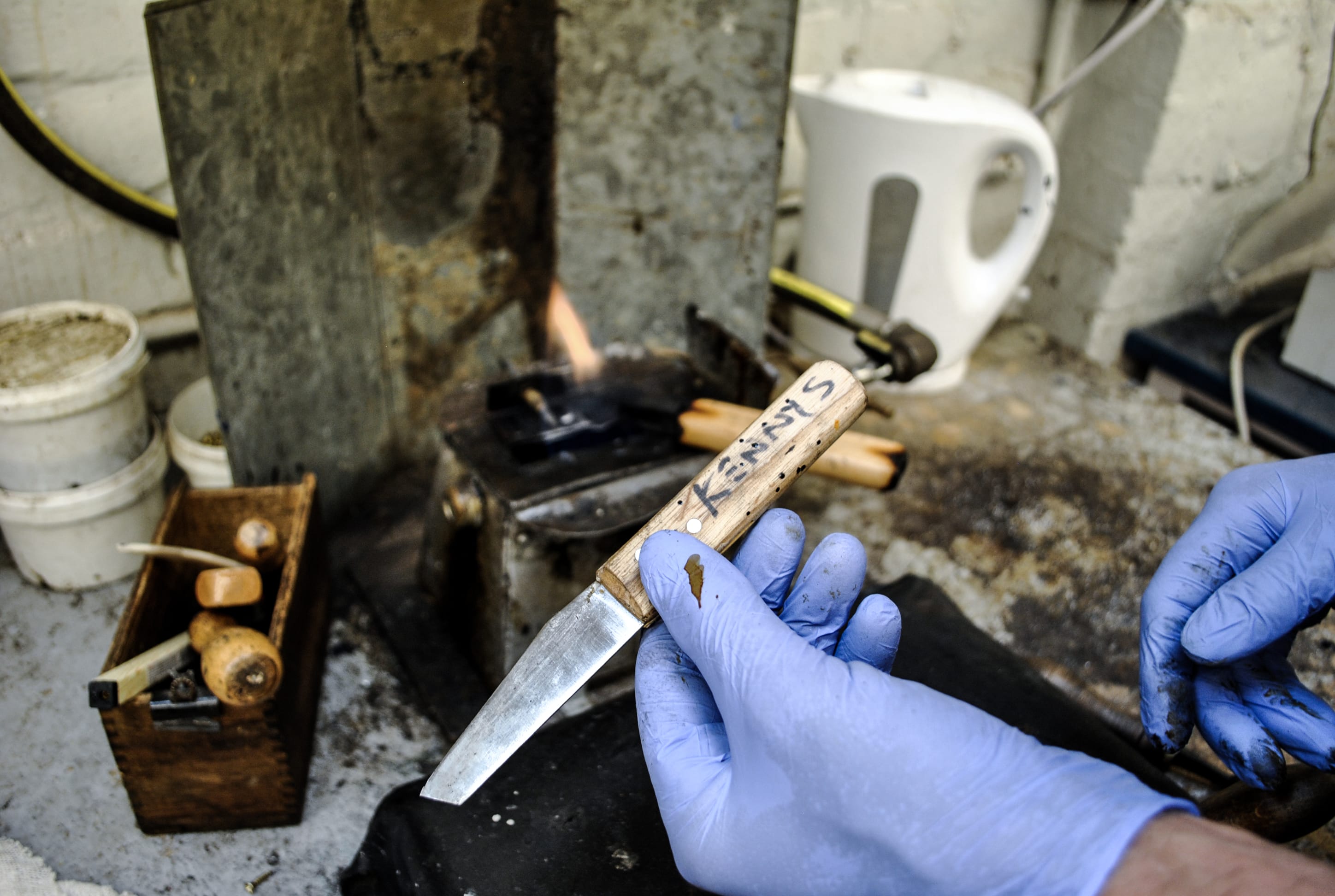 Kenny also shows me how he paints the soles and the different patterns he has to overlay on top of the heel, depending on the desired design. The soles can be painted an array of colours, from green, to brown, to orange depending on the collection and take anywhere from 20-30 minutes to dry. I ask him what he did before he started with Cheaney 10 years ago and he informs me that he was a builder, mainly plastering, before the crash in the 80s eliminated the demand for new houses and work became scarce. He then went to Loake and left after 21 years to start a fresh with Cheaney. 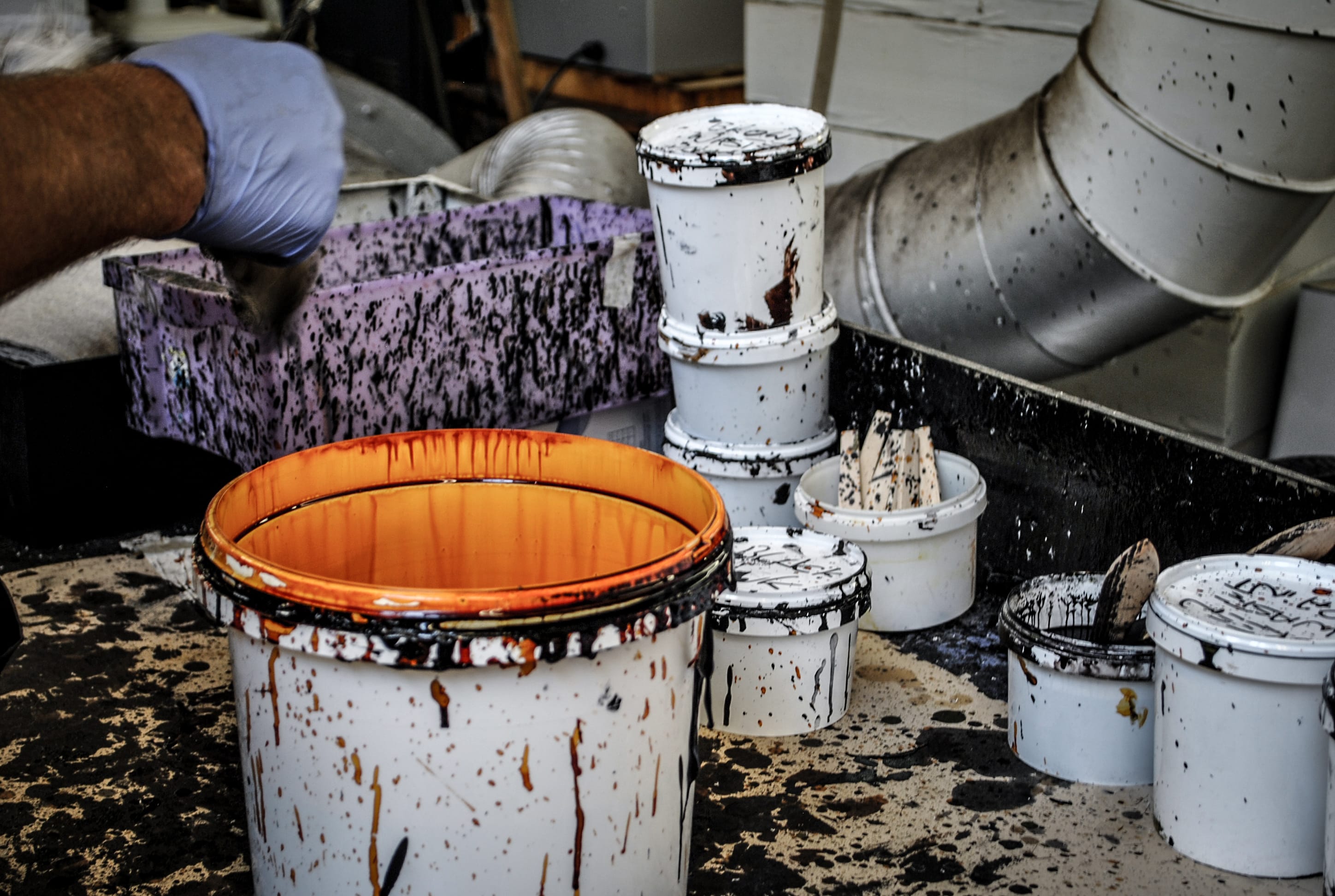 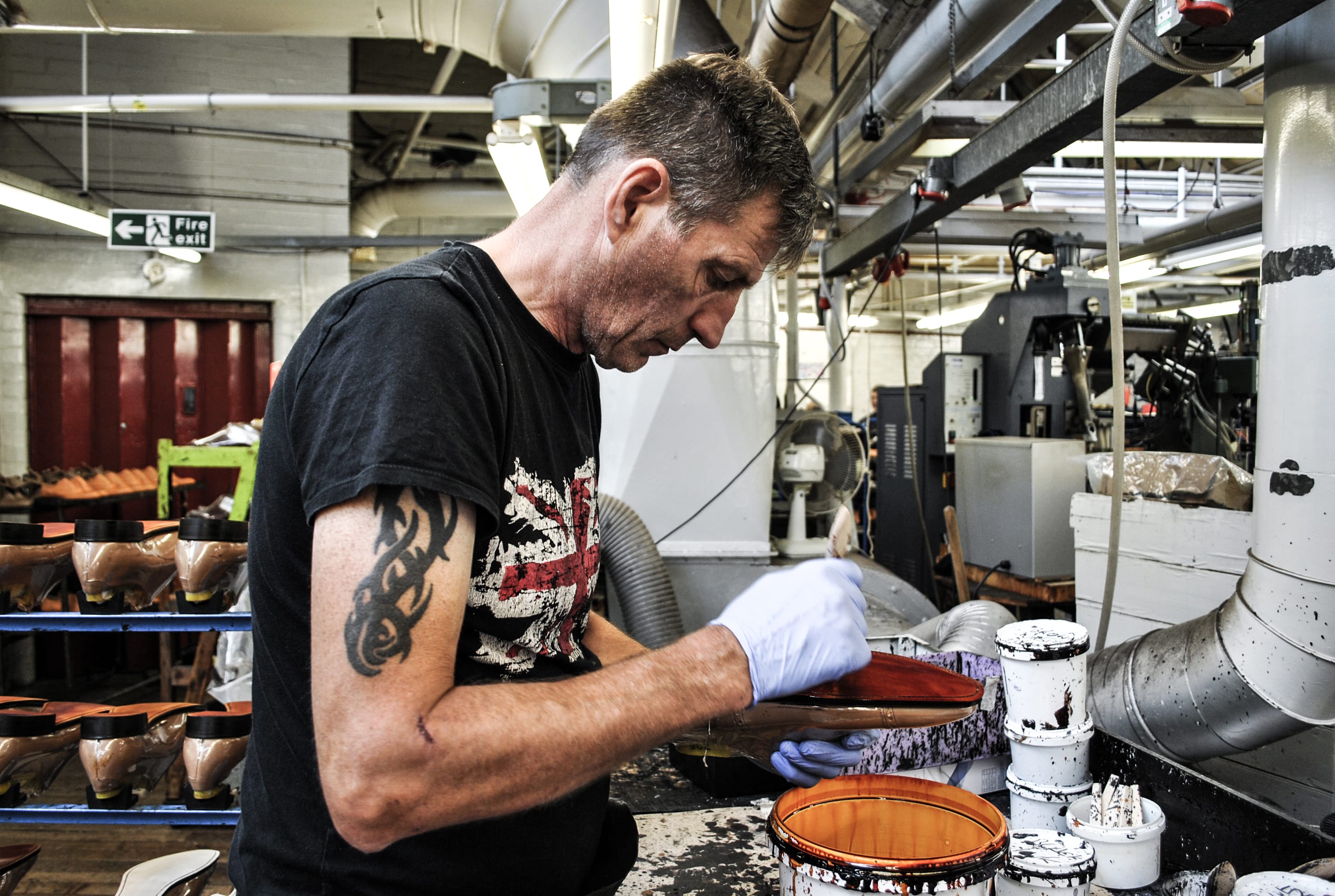 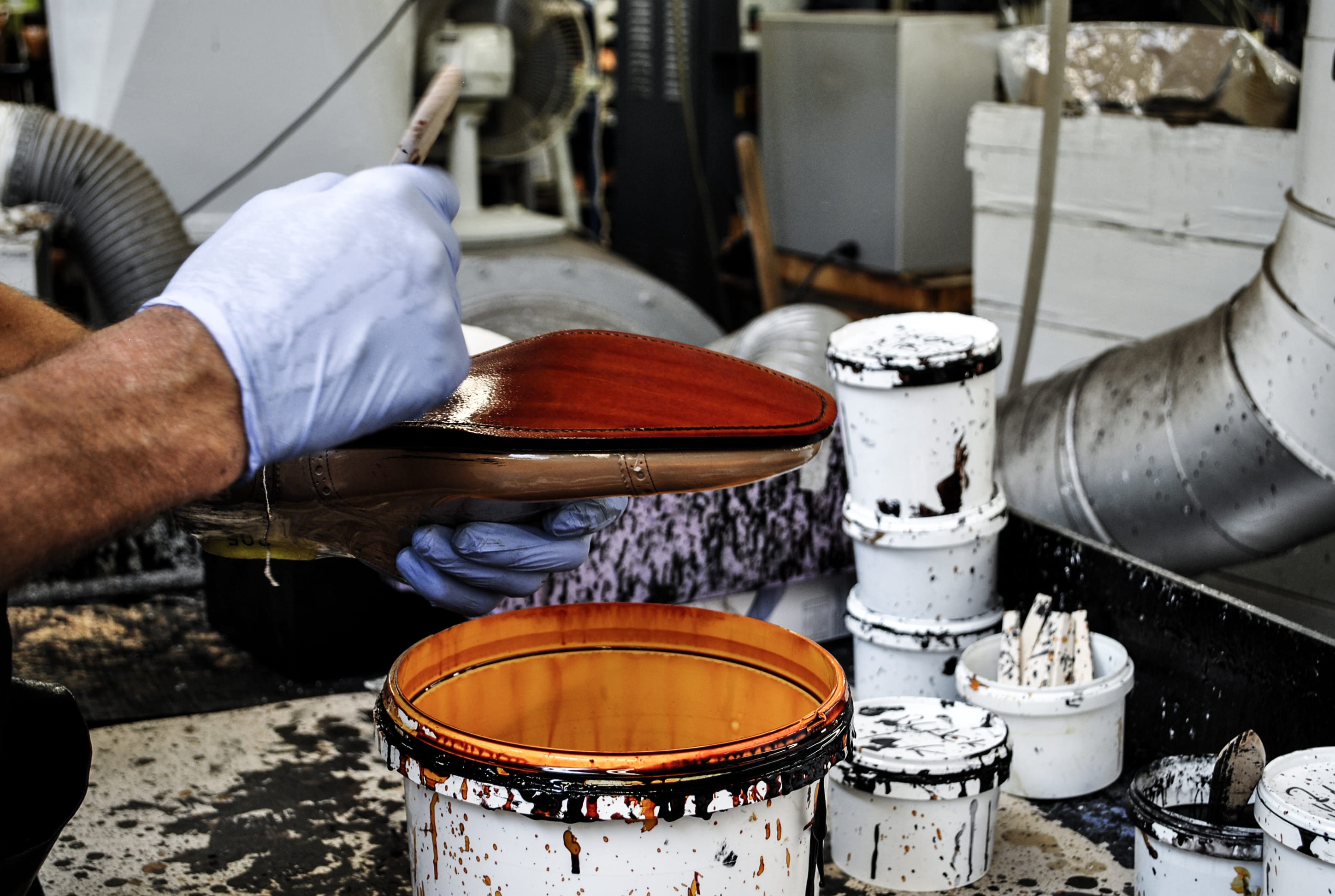 Kenny oversees 700 pairs of shoes a day and his precision and ability have clearly come from many years of skilled experience.