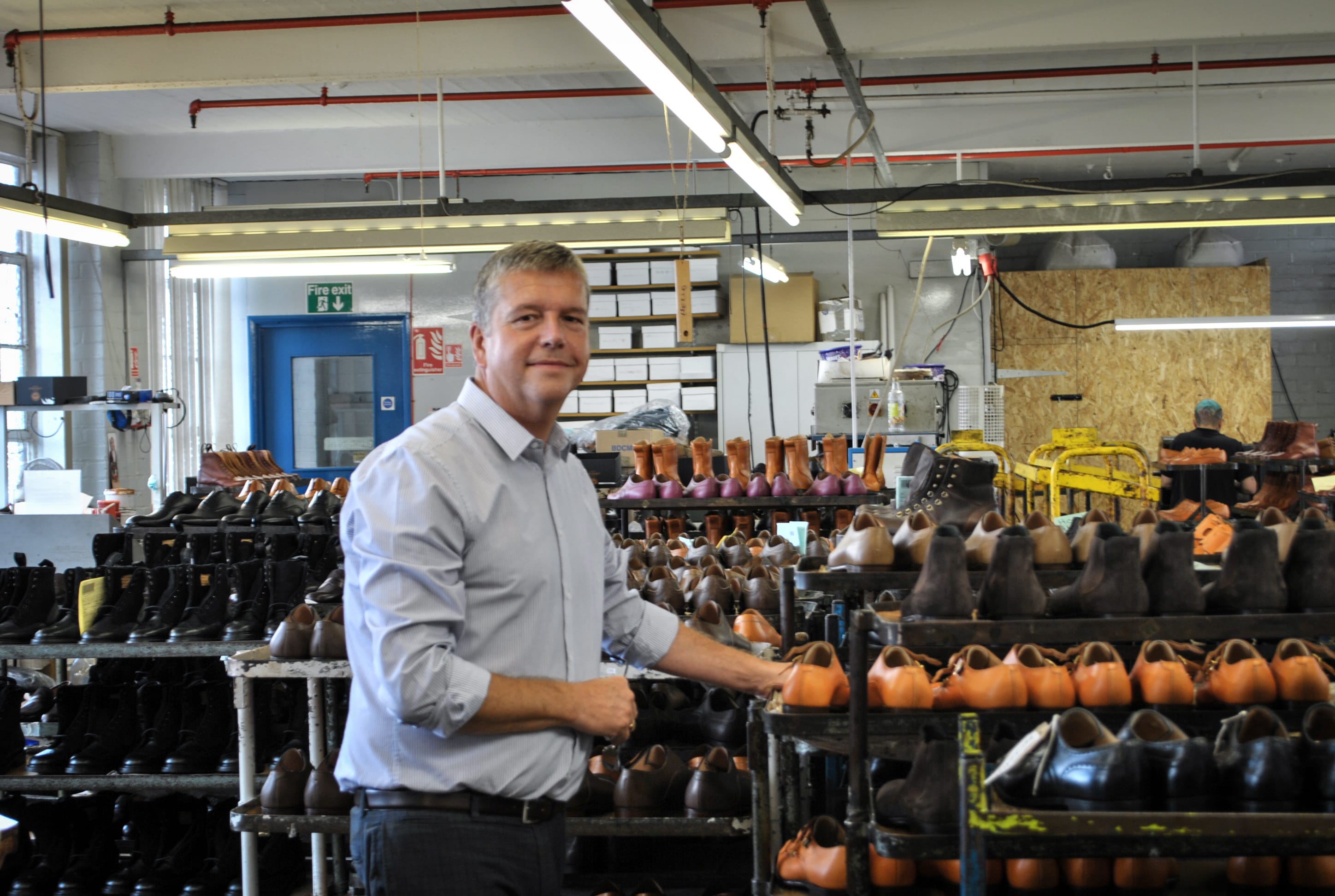 We have been featuring Factory Friday for some weeks now and have chatted to many of the wonderfully skilled craftsmen and women who have hands-on involvement in the manufacturing and production of Cheaney shoes. However, in order for the factory to thrive and run efficiently, there is a wider spectrum of employees who work in our office in the heart of the building itself.

Today I sat down with Alex Bateman, who was recently promoted within the company from Factory Manager to Production Director (congratulations Alex!). Despite Alex’s role being based in the office, I must admit he spends no great lengths of time at his desk, preferring to be involved directly with the processes he manages. As Production Director, Alex must wear many hats as he oversees the manufacturing side of the business, offering key support to supervisors from each department and meeting regularly with them to check in with production. Alex also physically inspects selected shoes to ensure they are meeting the desired quality and spec and also handles HR and recruitment.

What does a typical day look like for you Alex?

I don’t suppose I ever have a completely typical day but I normally start by checking in with the supervisors in each of the factory rooms, keeping an open dialogue with them so they can report any problems they are having and need to discuss. I prioritize the production and and will check in on sheets to make sure they are progressing through the factory on time and will constantly check the quality of the shoes to make sure they are at the standard they are supposed to be. I also look in to the staffing levels for the day and make adjustments where I need to.

Throughout the weeks I will also be involved in recruiting the production staff, purchasing machinery and the logistical side of the factory. It’s a really varied role and that’s why I enjoy it so much. 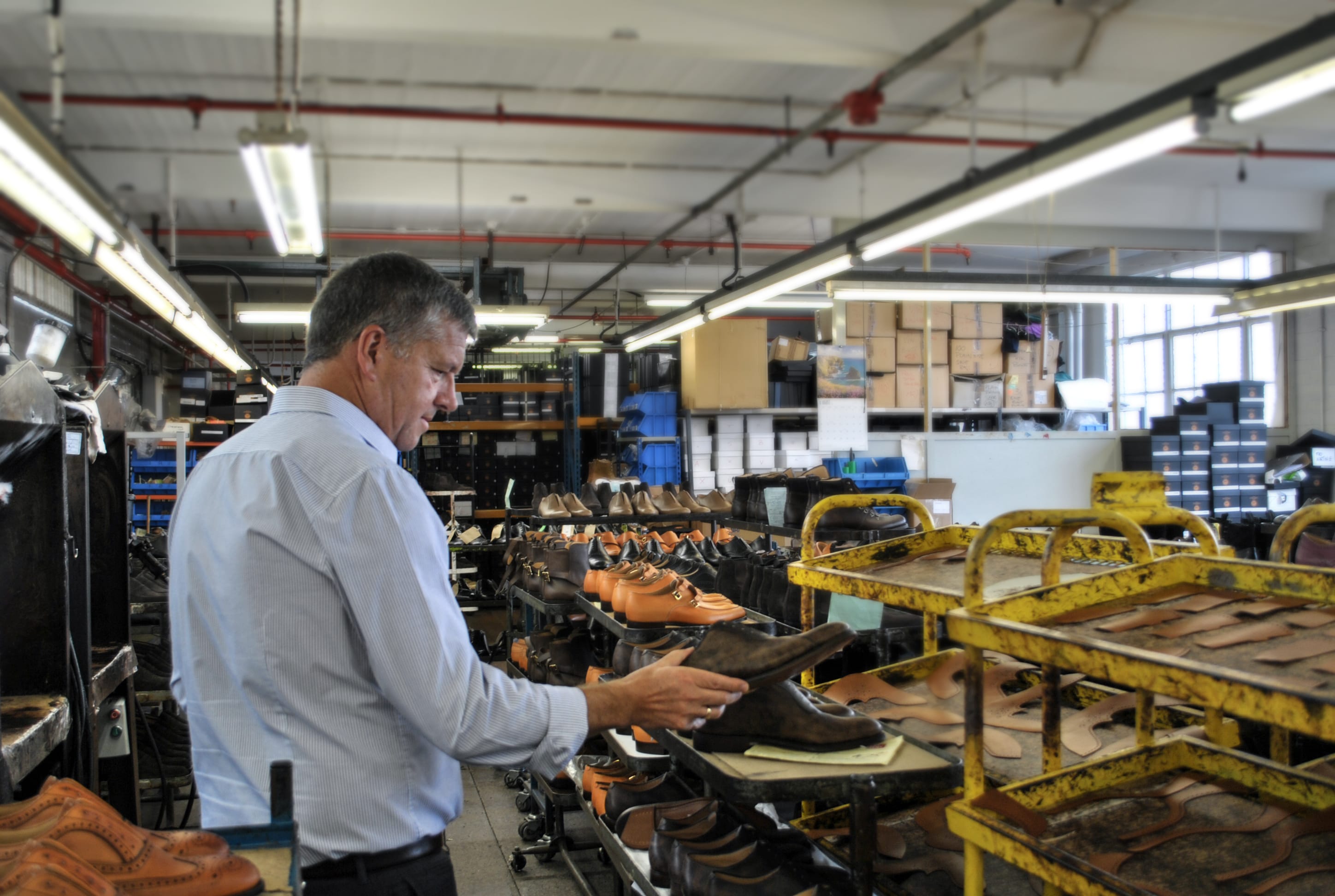 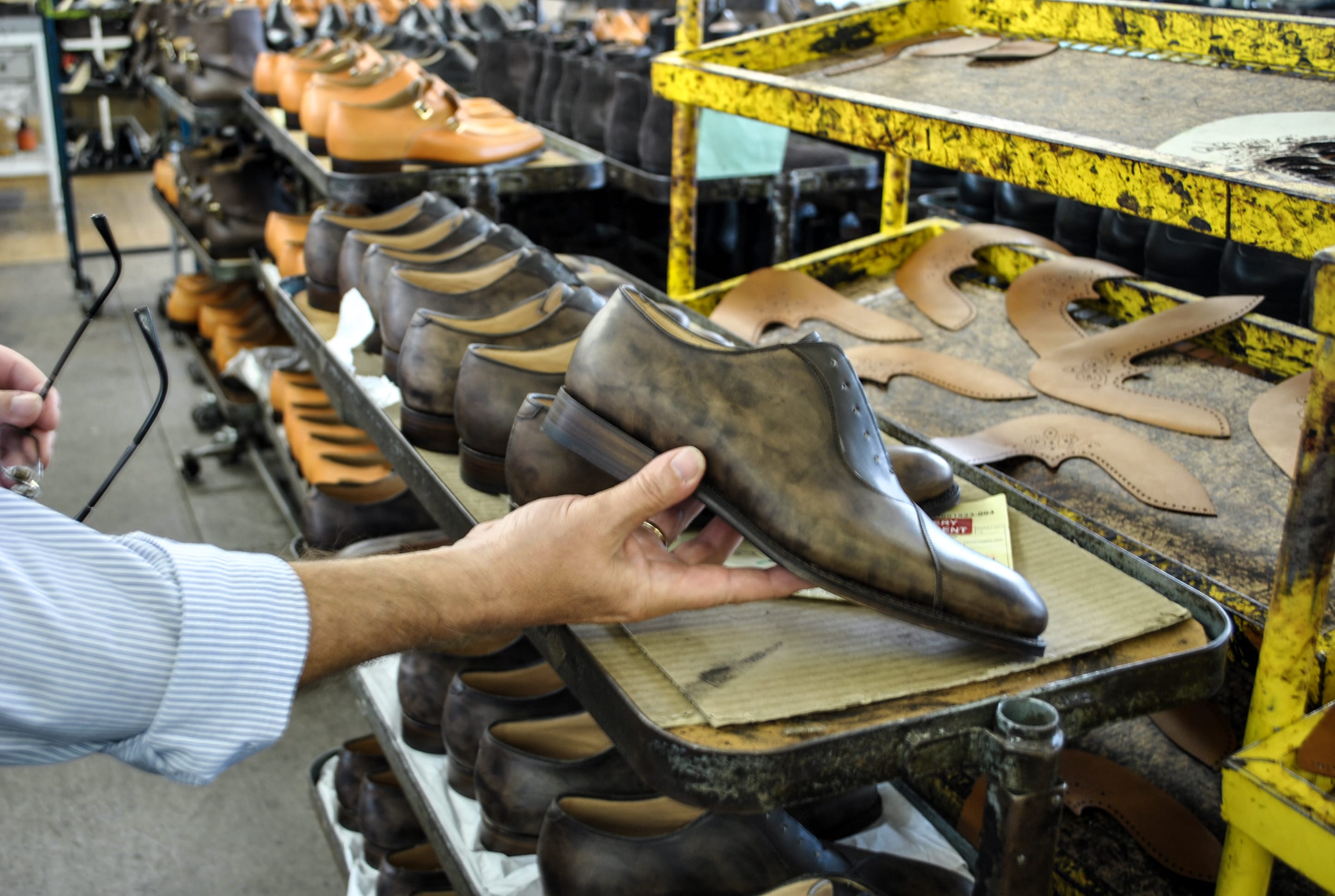 How long have you been with Cheaney and where were you beforehand?

I’ve been with Cheaney since 2014 so 4 years now. Before that I was at Edward Green for 31 years. I had my final exam when I was 15 at school on a Wednesday, I went to the careers office on Thursday and by Friday afternoon I’d had an interview for the clicking room at Edward Green. I didn’t actually get that job but I was offered another role, hand sewing welts in to shoes, essentially Goodyear welting by hand, and skin stitching the uppers in the making room. I was made supervisor of the making room at 19 and worked my way up to be the final quality controller and then on to factory manager.

So if anyone knows how a factory floor operates, it’s you really? Given all your experience from the making room up to a more managerial role, how do you think you progressed so quickly?

Circumstance and luck I think! One day at Edward Green, I asked for more responsibility and a week later, I was promoted. I just had a desire to learn and enthusiasm and I think that those attributes are still what are looked for today, not only at Edward Green but at Cheaney too. We’re always looking to promote from within and as long as people have a willingness to learn and are open to try new things, we are happy to facilitate this.

You came straight out of school in to the footwear industry, did you have different ideas of what career you wanted when you were at school?

I wanted to be a footballer, I was always eager to get outside and when it was raining during PE, I could never understand why we still just didn’t play football, it’s only rain! But I realized that that was never going to happen and I had to be more realistic so I applied for the position at Edward Green.

What has been your career highlight?

It would be impossible for me just to mention one. Obviously, without sounding contrived, my promotion with Cheaney would be up there but also, I met my wife at Edward Green, I’ve traveled to some amazing places with work and I’ve had some amazing experiences. I really can’t pin it down to one single moment. 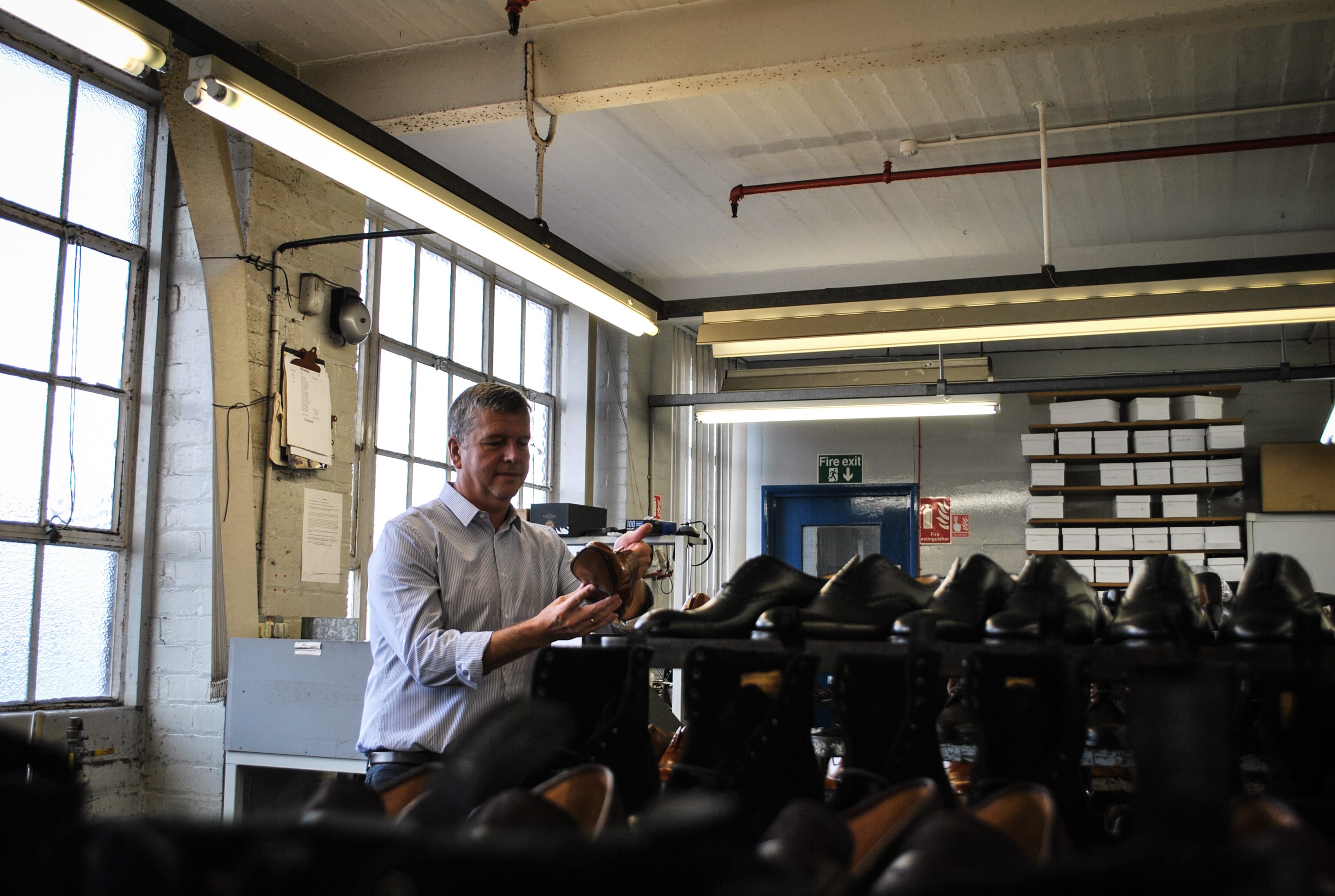 As the Production Director, why do you think there has been a resurgence in the desire for consumers to own British made products?

My perception is that I think there’s always been an appreciation, especially from our overseas customers, of Goodyear welted, quality shoes. And with the rise of marketing and brand awareness, I think that customers, especially young customers, are realizing that there aren’t just big luxury brand names out there, that there are smaller companies with quality products, made to a standard that they will enjoy wearing, that they will feel the difference in. But it all comes down to personal taste and finances, whether you would purchase a pair of Cheaney’s just for a special occasion or whether they are the type of shoe you would wear daily and have multiple pairs of.

Finally, what’s the best advice you’ve been given Alex?

And what advice would you give to someone looking to start in the footwear industry?

Keep your head down and work hard, be enthusiastic, take some pride in your work and don’t wait for opportunities to come by, make them happen yourself.