Celebrations as Cheaney is Presented with a Queen’s Award 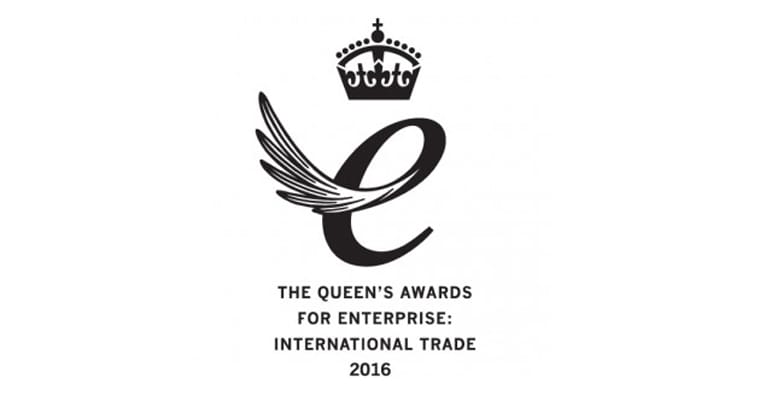 The Queen’s Awards for Enterprise are the UK’s most prestigious business awards, given only to companies or individuals who are outstanding in their field. This is the third time Cheaney has been awarded this honour the previous times being in 1966 and 1971, we are delighted to be back.

We would like to extend a big thank you to all our employees, customers and suppliers without all of whom we could not have achieved this.

“I am delighted to announce that Joseph Cheaney has been honoured with one of the highest awards for British Business, The Queens Award for Enterprise in International Trade.” says Jonathan Church, Joint Managing Director Joseph Cheaney

“It’s a great accolade to receive the award in 2016; a year that not only celebrates the 90th birthday of the Queen, but also the 130th anniversary of our company. For us the award also demonstrates how quality products ‘Made in England’ are recognised the world over.”

While Joseph Cheaney has been making traditional English shoes in Northamptonshire, England since 1886, its most major growth has been in the past six years. Cousins Jonathan and William Church, fifth generation shoemakers (of the eponymous Church shoe family), saw the brand’s potential, and in 2009 they conducted a management buyout of Joseph Cheaney & Sons. While highly regarded among shoe aficionados, at this time Cheaney was best known in the trade as a contract manufacturer – producing shoes for other brands.

“We believed that we could build the Cheaney brand up and give it a new lease of life; it had all the right ingredients, a strong heritage, its own UK factory and a skilled local workforce.  Being independent gave us the opportunity to raise the profile of Cheaney, as a brand in its own right, both in the UK and internationally” William Church, Joint Managing Director, Joseph Cheaney

Since the buyout in 2009 their turnover has more than doubled (from £4m to £9.6m), while exports have tripled and now account for nearly a third of the company’s turnover. 80% of export sales come from Europe and The Far East, with Italy being Cheaney’s biggest market in Europe, and Japan their largest export market overall. “The Japanese have a huge respect for well made tailored goods and the Made in England brand” says Jonathan. “Whilst the market has been challenging, we have managed grow our share and we still see great potential in the Japanese market”

In addition, Cheaney has a growing presence in Germany, Belgium, France, USA Canada, Scandinavia and the Middle East.

Trade missions conducted through the UKTI to South Korea, Russia, Malaysia and Taiwan have also been very worthwhile for the business, with local embassies carrying out market research and arranging relevant customer contacts and appointments.

What has remained fundamental to Joseph Cheaney throughout, is the brand’s rich manufacturing heritage; the company has been handcrafting each and every pair of their shoes; from the cutting out of the leather, through to the stitching and final polishing in the same factory (in Desborough, Northamptonshire) since 1886.

Cheaney represents the height of English hand crafted, Goodyear welted shoes. It takes eight weeks and up to 200 different hand operations to make a pair of Cheaney shoes. Central to this production is their workforce; which has grown from 90 (when they bought the company) to over 160 skilled craftsmen and women, some of of whom are fifth generation employees themselves. As well as those who have worked for Cheaney for decades, the company places importance on training and passing on these skills to the next generation by employing apprentices to continue the craft in Northamptonshire, the county synonymous with shoemaking.

Along with their wholesale accounts, both in the UK and abroad, their retail presence on the high street has played an important role in the growth of the company. Since the buyout, Cheaney has opened six stores, with the most recent launching in Cambridge and Leeds this year. The other four stores are located at sites across London and include the award winning Jermyn Street flagship store – listed by GQ magazine as one of the ‘100 Best Things in the World Right Now’. The flagship was also one of the first stores to open as part of the Crown Estate’s Jermyn Street regeneration programme.

The retail stores have enhanced Cheaney’s profile, assisting in promoting the brand to consumers and also providing a showcase for the wholesale market. As part of their strategy to increase both their retail presence and their exports, Cheaney has recently opened a ‘pop up’ store at Bicester Village, taking advantage of the shopping centre’s high spending visitors, of which 60% come from abroad.

The company’s ecommerce site has also achieved significant growth, and with a new site launched at the end of last year, exports now account for nearly half of their online sales.

The footwear ranges have been developed considerably, bringing Cheaney to the attention of a wider audience.  The diversity of the ranges enables Cheaney’s products to sell across different markets, giving them a great opportunity to enter new markets as well as support existing ones with new product.

Cheaney now has seven collections ranging from the classic to the contemporary, they include a women’s range, ‘Aviator’ a new military inspired collection dedicated to Flight Lieutenant Joseph Humfrey Cheaney, and very appropriately, given the occasion of the Queen’s Award, they have a collection called Imperial, with each shoe named after a Royal Palace.

The company has also entered into a number of dual branding collaborations with some quintessentially British fashion brands which introduces the brand to new audiences. Recent examples have included Barbour, All Saints, Superdry, Sunspel, Hackett, Vivienne Westwood and Marks and Spencer’s ‘Best of British’ collection. “it’s both an enjoyable and inspirational process working with like minded designers and craftsmen, who have both quality and British heritage at the heart of what they do.”   William Church “

“Our vision for the future is to grow and develop the brand, by making the most of the huge, innate skill potential that lies within the business. Increasing our exports in new and existing markets and extending our retail portfolio will be our key strategies for the growth of Cheaney. Above all we will continue our commitment to producing the finest footwear, entirely made in England.”