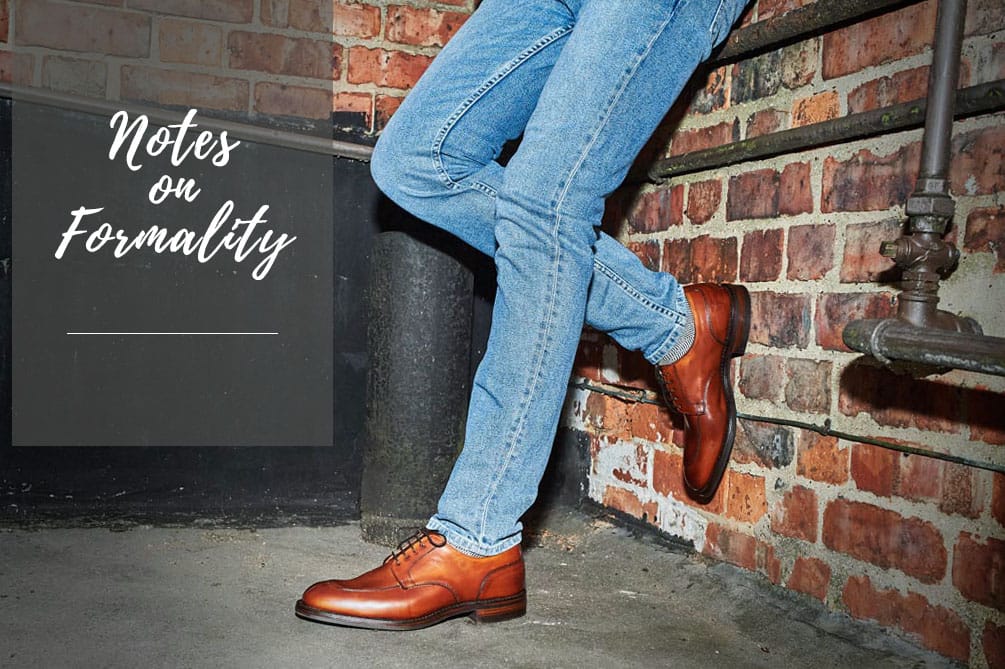 So, we’ve been through the finer details of men’s footwear, from the construction to the fitting to the polishing… But it’s time to go back to basics: formality. It may sound a bit mundane, but the differing formalities between particular styles of shoe are often overlooked and can sometimes mean the difference between landing that sweet promotion at work or not. In the interests of helping you out, here’s a handy guide… And guess what? It’s only another ruddy list!

For the sake of this list, formality refers to the ‘smartness’ of shoe, and therefore its appropriateness (I’m fairly sure that’s a real word) in formal situations. Also, to avoid confusion, this is primarily for work wear.

Side note regarding patent leather; As I’ve decided to make this blog about work wear, it hasn’t made the cut as these are purely for black tie and morning dress. In terms of formality over a broader spectrum, these would be top, but you’ll look like a numpty wearing these in the office.

Now that’s the admin out the way, let’s dive in, starting with the most formal. 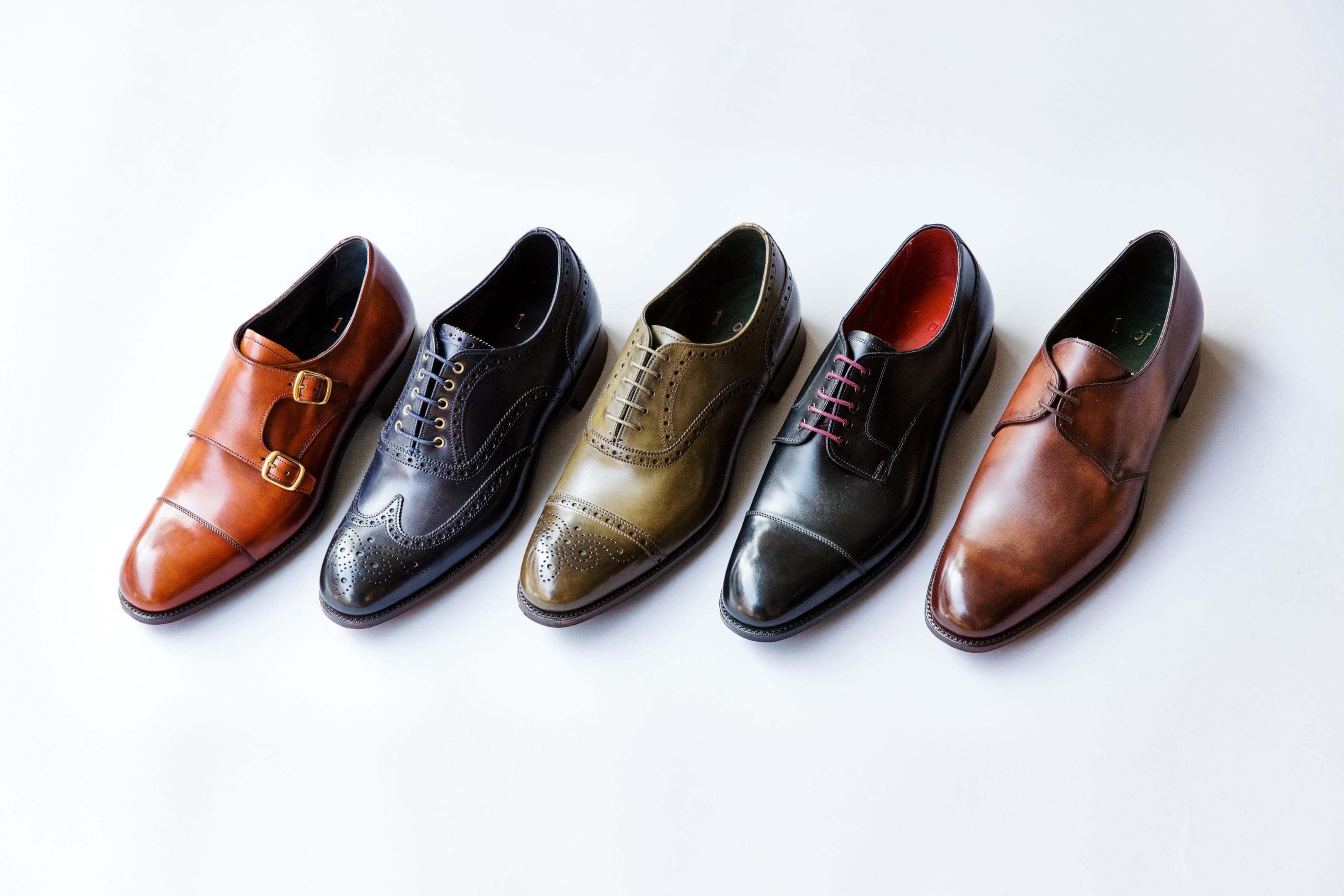 Boom. There it is. Classic, totally timeless, appropriate for every smart occasion. The term ‘Oxford’ refers to the lacing system being stitched under the vamp, as opposed to open lacing, otherwise known as Derby lacing, where they are separate; this has its roots in sporting footwear and is therefore less formal.

As there are no embellishments on the Oxford toe cap, it is suitable for absolutely any formal occasion all the way up to black tie, and I would argue that it’s simply the best (better than all the rest) in terms of appearance and appropriateness.

A quick word on lacing…They must always be straight-laced. No exceptions. I’m pretty lax when it comes to most style ‘rules’, but I cannot abide by cross-lacing dress shoes.

There’s a big and very serious debate (somewhere, probably) about if the wholecut is more formal than the Oxford toe cap. It’s true, they have no decoration whatsoever, so by proxy they should be more formal than the toe cap, however, the Oxford toe cap has history and heritage behind it. Because of that, if you’re looking to be really picky (or if you’ve decided to write a list about them), the toe cap juuuuust nudges in front, but I believe that a wholecut can work in place of a toe cap in any situation, so I wouldn’t lose sleep over it. I do, but you shouldn’t. 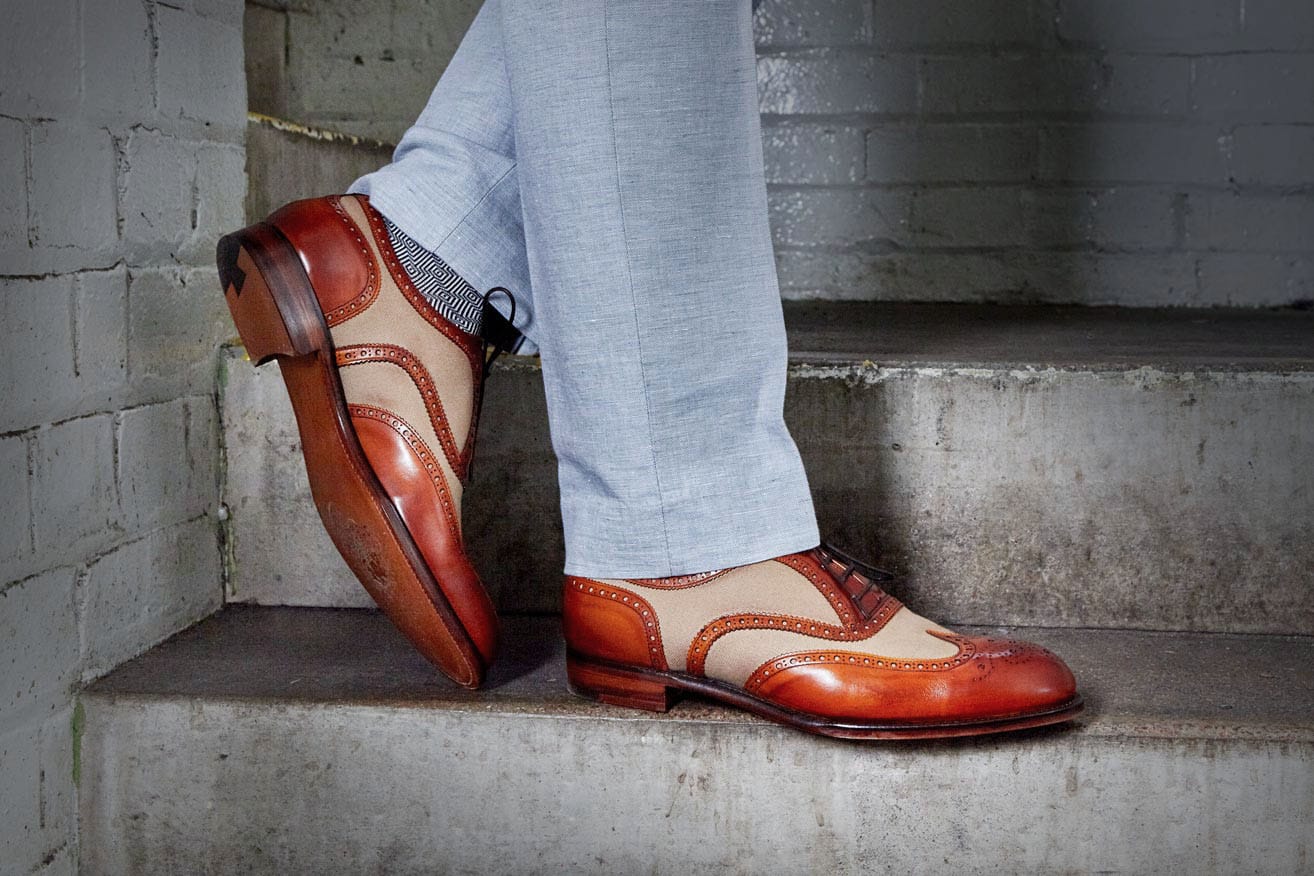 Take your black Oxford toe cap, and make little perforations, known as brogueing, next to the stitching. Voila, you have a semi brogue.  ‘Brogue’ derives from the Gaelic word for ‘bog’, the idea being that these perforations in the leather would let water out when you were gallivanting about in the marshes. Nowadays, these have lost their practical usage and are there purely for decoration. The more embellishments or decoration your shoes have, the less formal they are. Easy!

This is the most brogueing, therefore the most decoration you’ll find on a dress shoe. ‘Wingtip’ refers to the shape of the brogue detail starting at the toe and extending around the sides. There are plenty of variations on this which I won’t bore you with, but essentially this is the most informal of the dress shoes. You’ll get away with this in some office environments and relaxed affairs, but you’ll look like a wally wearing these to a black tie event. 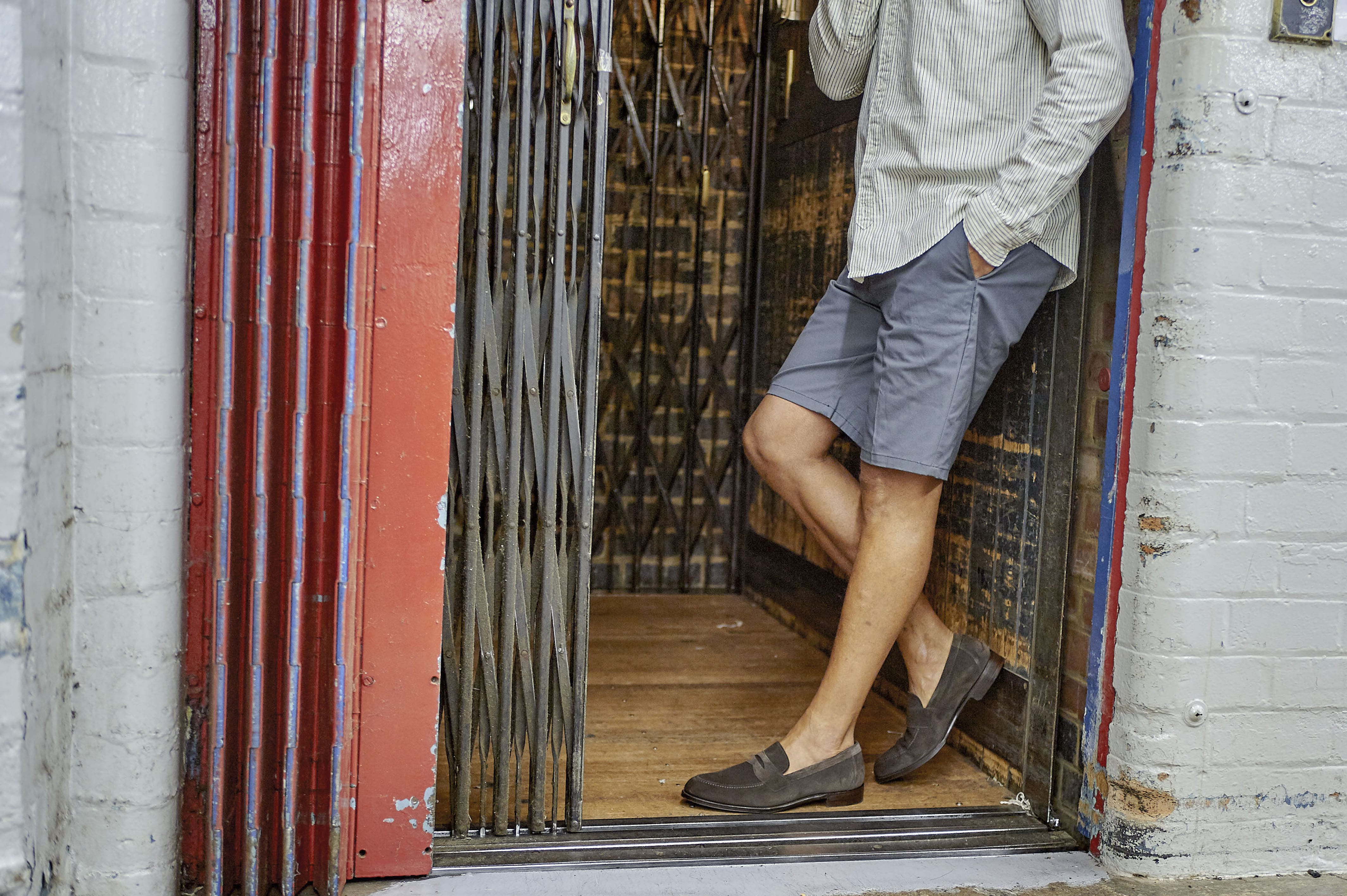 Considering these were originally designed as house slippers, you’d be forgiven for thinking these wouldn’t work in a formal environment. However, thanks to our stateside friends back in the 20s, you’ll now see black penny loafers and tassel loafers worn in offices around the country. This is fine, but it’s still a slip on and won’t be as formal as a lace-up, so think again before putting these on for a job interview.

Okay, I admit it, there’s a few too many factors for me to consider when it comes to formality with other shoes… Grain leathers and suede are less formal, as are monkstraps and boots, but there are examples of all of these looking quite smart. So, if I was to draw one conclusion from this cacophony of cordwaining minutiae, it would be: play it safe. As Tom Ford himself says, it’s always be better to be overdressed than underdressed.

As always, our staff are willing to answer any questions you may have on formality, or anything else. You’ll find me in Lime Street 5 days a week, staring at a wholecut and a toe cap, with my head in my hands wondering how I’ll ever sleep again.

I’ll be honest with you here, monkstraps are confusing. You could look at every style blog and forum out there (which I pretty much have) and every single one will have a different idea on the formality of monk shoes. Some will say ‘yes darling, they are formal and sleek and elegant’ whilst others will shun them aside like an egg and cress sandwich (seriously, who eats those).

Seeing as I therefore can’t rely on a pre-written rule, which I’m actually quite happy about, let’s try this fun experiment: try a pair on with your suit. If you look the business and feel like you could take on the world, then hell yeah. If you’re unsure, stick with what you know. Because in this life, we cannot always be constrained by the rules of yesteryear and march to the drum of sartorial conformity – here’s to the rule-breakers, the renegades, the remembered, the monk-shoe wearing Titans of the modern day business wear: to victory!