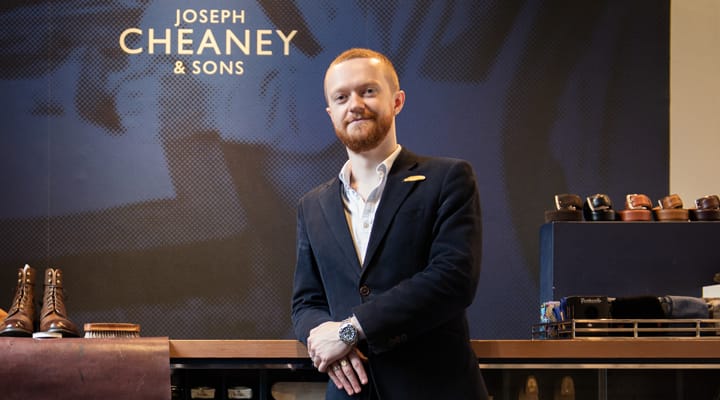 I found myself thinking the other day – as you do. It may have been a Tuesday, though just as likely a Saturday night, somewhere between my second and fourth bowl of cereal and immediately prior to my designated cocktail time, where I pretend to congratulate myself on being productive. I had exhausted such thought processes as ‘how many more times can I hear the phrase “unprecedented times” before declaring myself clinically insane’ and found myself instead thinking about you. Yes, you. Turn around, no one is standing behind you. I was thinking about customers.

In what is either the ultimate display of vocational passion or the tragic loss of a large chunk of my mental stability, I cast my mind back to the ‘before times’ when I would go to work, see customers and talk about shoes. I thought about when we reopened after Lockdown: Episode I. Sure, it was quiet, but those who did visit us seemed genuinely pleased to see us back. But then, in a wave of nausea (though that could have easily been caused by the gargantuan amount of cereal in my system), I remembered the conversation that I had with almost all the people that I saw when they told me they had only been wearing trainers since the beginning of lockdown.

This made me sad. Still does. Does that mean I’m a sad person? Maybe. But it opens up a new conversation on why we buy nice things.

I’m not anti-trainers, I just honestly don’t wear them very much. I have two pairs: running shoes, which have been largely neglected when I realised that running is awful, and a pair that are used almost exclusively in the height of summer. I genuinely prefer wearing my ‘nice’ shoes pretty much all the time, whether I’m out for a walk round my local park or nipping to Tesco because I ran out of cereal again.

I’m telling you this because a lot of people tend to think that good shoes should be saved for special occasions. I’m here to tell you that’s ludicrous. The same can’t be said for everything out there that costs a decent amount of money, but good shoes cost what they do because they’ll last for ages and can be repaired. My trainers are used for a couple of months a year, whereas my welted shoes get bashed about all year and will last infinitely longer.

It’s the little things we do that can make a big difference. Putting a good pair of shoes on is the first step towards putting the best version of ourselves forward, and we’ve never needed to feel like that more than now. Just because you’ve been confined to your home for about a year doesn’t mean that you can’t wear nice things. Who cares if it’s only your dog and the staff at your local supermarket that will see them – these things should be enjoyed and worn because you like them.

Anyway, if you’re like me and want nothing more than some good ol’ precedented times, hopefully I’ll see you soon and you can tell me that you took my advice and brought your Cheaneys out to wear again. Or you can neglect it entirely and successfully morph into a potato.

Filed Under: Ask Alex, Rambling Man
How to Minimise Creasing On Leather Shoes
Rambling Man – Why We Shouldn’t Shun Suede